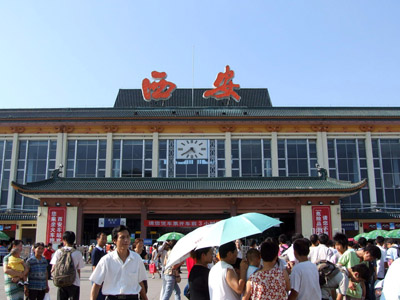 (Update on November 14, 2014) Here, you will find some information about Xian - Lhasa Trains. And also there are tips for travel to the two cities. Hopping these are helpful to you China tour.

♦ Train from Xian to Lhasa
Departure Station: Xian Railway Station
Arrival Station: Lhasa Railway Station
Note: Among the above trains, only T265 departs every day. T265 starts off only on Tuesday, Thursday and Saturday, while T223 departs on Monday, Wednesday and Sunday.

Train from Lhasa to Xian

Departure Station: Lhasa Railway Station
Arrival Station: Xian North Railway Station Note: Among the above trains, only T266 departs every day. However, T166 and T224 departs every other day. Before you make a travel plan between the two cities, you would better check the train schecdule first.

Attentions: Xian - Lhasa train schedule is for your reference only. Please check the ticket information including the tickets fares at the railway station or by your TCT tour advisors separately.
♦ Notes for Taking Train in China 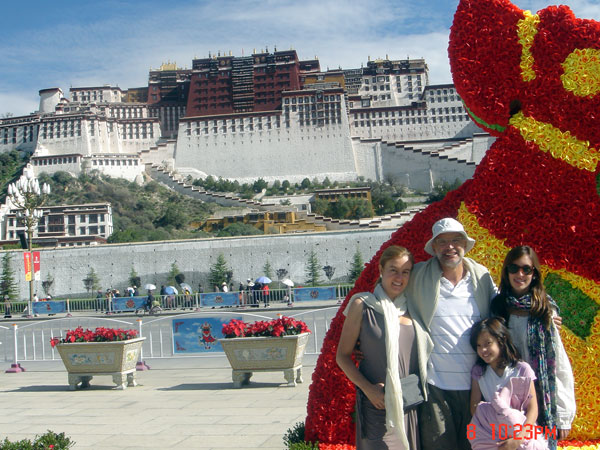 1. Booking an original train is easier than booking a passing-by train. Train ticket can be booked 20 days in advance at most.
2. Generally, the seats on the train in China have two types including soft seat and hard seat. Also, there are two kinds of sleeper seats on China's trains which are hard sleeper seat and soft sleeper seat. Hard sleeper seats are divided into upper hard sleeper, middle hard sleeper and lower hard sleeper (lower hard sleeper is the best); while soft sleeper seats are divided into upper soft sleeper and lower soft sleeper (lower soft sleeper is better).
3. In China, taking a train is a comparative cheaper way to cut down the travel cost. While correspondingly, the comfortable level is lower than by air.
Luggage: you need to take the luggages by yourself and keep an eye of them on transporting time, no luggage-checking service on the train
Carriage: it may be crowded when in the domestic travel seasons as well as summer holidays.
► Try to Avoid domestic travel seasons
The most crowded seasons in China are Chinese Spring Festival (usually in late Jan or early Feb.), International Labour Day (May 01 to 03) and National Day (Oct 01-07). Spring Festival and the National Day golden week are the most crowded time for travelling. During those busy tourist season, train tickets are hard to buy.
♦ Related Information
► More transportation information: Xian Transportation
► More travel information: Xian Travel Guide
► Recommended China Tour to Xian and Lhasa: 14 Days Adventure of Tibet and Yangtze (Beijing-Xian-Lhasa-Chongqing-Yangtze River Cruise-Yichang-Shanghai)