In here, I invite you have a day tour to Hukou Waterfall, reputed for its grandness and magnificence, and I recommend it to tourists, hikers and shutterbugs having a big interest in natural wonders.

Hukou waterfall is a famous natural tourist site in Shannxi, and but it is a bit far away from Xi’an, thus a day tour should be scheduled for it, which is also a tight time table. Transport from Xi’an to Hukou Waterfall takes several hours of transport, and a round trip need almost ten hours.

If you plan to have a tour to Hukou Waterfall, prepare yourself some time and then go on the journey with your backpack and camera. 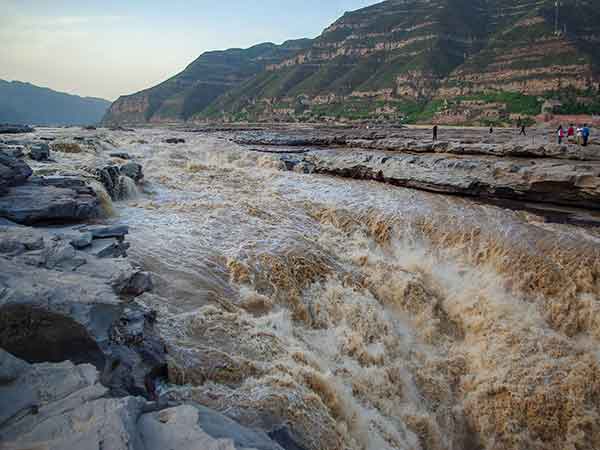 Hukou Waterfall is the second biggest waterfall in China, and the world’s biggest yellow waterfall and it is formed because of crustal movement and fluviation. As a part of the Yellow River, the yellow water is due to soil erosion in the Loess Plateau. When the Yellow River flows here, its width of 300 meters is suddenly reduced to 20-30 meters within the narrowing section of less than 500 meters. Then a large flow of water directly falls down to this small mouth from the abrupt cliff with a height of over 20 meters. This is what it is featured with, grandness, roaming waters, and thunderous waterfall.

Hukou Waterfall winter is recommended to you. Hukou Waterfall in four seasons has different sceneries, and all of them are shocking and breathtaking. In spring and autumn, the waterfall is comparatively more magnificent due to water flow, and in term of water color, the water is in dark yellow in autumn, and in light yellow in spring. In summer, the waterfall is more roaming, but with a shorter fall, and  the water fall is shorten in big flood season because a huge water flow makes the river a higher river level. In winter, the two sides of the river are decorated with icicles, and there is a layer of ice floating on the river. Amazing and shocking is all that you can use to describe it. 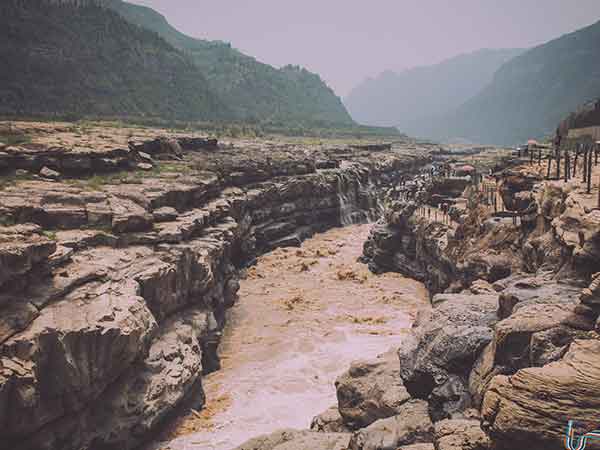 How to Get to Hukou Waterfall from Xi’an 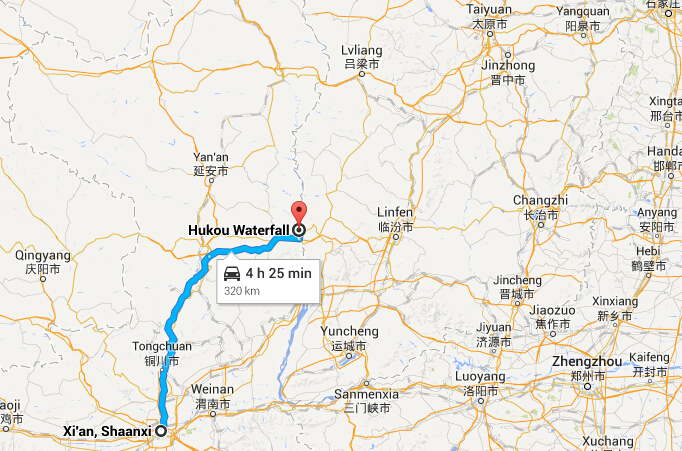 I suggest, if you want to go by yourself, that you take option 1, which is cheaper and saves you time and energy. And if you are a bit lazy about schedule this troublesome things, you’d better book car service, which is the most comfortable and easiest option.

What to See & What to Do in Hukou Waterfall

First prepare your camera and find a good angle, of course you could try every angle to capture its beauty and magnificence.

Second, there are railings in the two sides of the river, and you could have a close and clear watching of Hukou Waterfall. When you stand close to the railings, you may get wet due to water vapour. Please be careful.

Third, go and see the roaming water falling down from a high place and rushing away. There are lots of water mists and vapours floating in air, and you have a big possibility to see a gorgeous rainbow because of sunlight.

Fourth, walk along the river. At a distance of 5 kilometers from Hukou to Mengmen, the river roams forward at a width of 30-50 meters and a deep groove of 10-20 meters.

Last , you may try on local clothing and have a mule-riding.