How to Get to Turpan 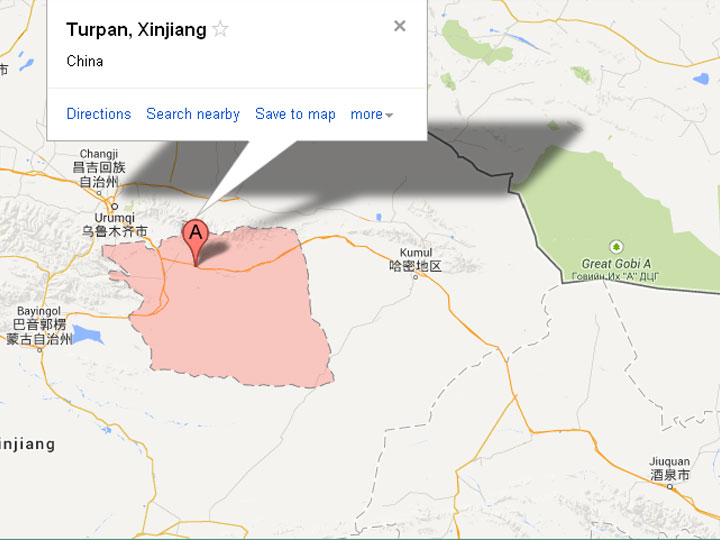 Turpan region is located in the eastern Tianshan mountain basin, connecting the mainland, central Asia and the transportation hub of north and south Xinjiang. Lanxin railways, southern Xinjiang railway were built in Turpan, and Turpan airport has been built the main alternate airport of Urumqi international airport, to form the “Railway, Road, and Airport” three-dimensional transportation network.

How to get to Turpan

Turpan city is 184 km away from Urumqi. Turpan tour usually has three options:

One is go there by train after entering Xinjiang, you can have a sneak peek, getting off the train in Turpan Railway Station. The Turpan Railway Station is actually 50 km to the Turpan. From the railway station to Turpan you can take a taxi, the taxi set out with four people, generally 15 Yuan a person. After arriving in Turpan, according to your needs you can choose to rest or make tour.

The second method is to take the train or plane into Xinjiang, but the first you should arrival at Urumqi, via Tuwu highway to visit Turpan, the transportation is very convenient, and also can return in the same day. This kind of method is suitable for the tourists without enough time; and the best method is to choose a day tour in Turpan.

The third option is a circulation that first arranges tour to north Xinjiang such as Altay, Ili, and then passes through Duku Road to visit Kuqa, Korla, or continues to head towards south of Kashgar, on way back to Urumqi you can visit Turpan. This way is fit for the Self-traveling traveler to travel the whole Xinjiang.