How to Get to Dunhuang from Turpan 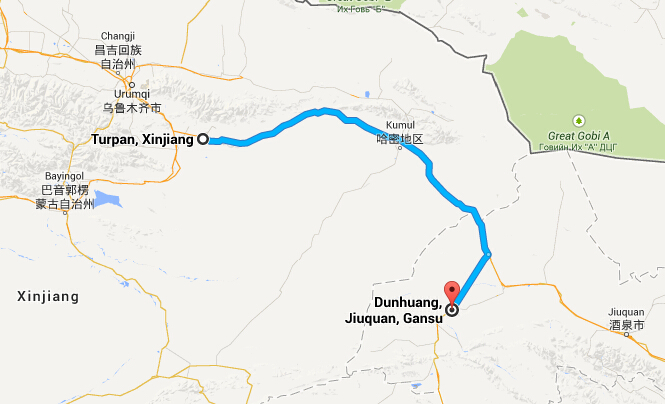 Turpan, also known as Turfan or Tulufan, is an oasis county-level city in Xinjiang, China. It is on the Silk Road. It is located about 150 km southeast of Urumqi.

Dunhuang is located in northwestern Gansu province, Western China. It was also a major stop on the ancient Silk Road and is best known for the nearby Dunhuang Mogao Grottoes.

Normal, visitors can get to Dunhuang from Turpan by two ways: by train or by bus.

Both Turpan and Dunhuang have train stations. There are many trains departing from Turpan Train Station to Dunhuang Liuyuan Train Station. You can choose one according to your schedule. The train will take about 7-8 hours, depending on different trains. It is recommended to take a overnight train, so that you can sleep on the train and leave more time in a day for sightseeing.

Dunhuang Train Station is located 10 kilometers away east of Dunhuang downtown. It can be reached by Bus No.3 from the downtown.

If you do not like Train, you can also rent a vehicle from a travel agency. But the journey on the vehicle would take quite a long time. And the cost is much higher than taking the train. 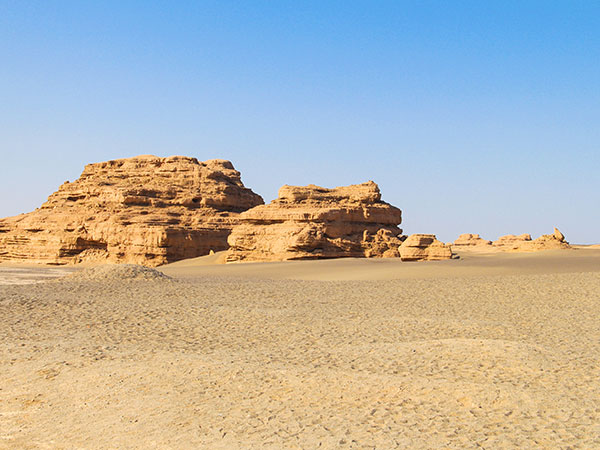