English
Feedbacks & Reviews | About us | Contact us
Home > Destinations > Suzhou

(Update on November 14, 2014) Here, we offer Suzhou to Hangzhou Trains information, including high speed Train and  ordinary train for your reference, as well as some useful tips for traveling to the two cities.
Suzhou - Hangzhou Train
There are about 30 pairs of trains traveling between Suzhou and Hangzhou every day. 16 of them are high-speed trains, while the rest are ordinary trains.

►Train from Suzhou to Hangzhou

Most trains depart from Suzhou Railway Station, only a few leave from Suzhou North Station.

►Train from Hangzhou to Suzhou

Attentions: Suzhou - Hangzhou is train information is just for your reference only. Please check the ticket information including the tickets fares at the railway station or by your TCT tour advisors separately.
Notes for Taking Train in China

1. Booking an original train is easier than booking a passing-by train. Ttrain ticket can be booked 20 days in advance at most.

There are only seats available in high-speed trains, including business seat (the best), super seat, first class seat and second class seat. Nosleeper  is available.
3. In China, taking a train is a comparative cheaper way to cut down the travel cost. While correspondingly, the comfortable level is lower than by air.
Luggage: you need to take the luggages by yourself and keep an eye of them on transporting time, no luggage-checking service on the train.
Carriage: it may be crowded when in the domestic travel seasons as well as summer holidays.

Tips for Travelling to Suzhou and Hangzhou

Best Time to Visit Suzhou:
The best time to visit to Suzhou is April to October, when the trees and flowers of this garden city are green and in full bloom.

Best Time to Visit Hangzhou:
Best time to visit Hangzhou is March to October, especially Spring from March to May. West Lake in spring is in its most beautiful moment. 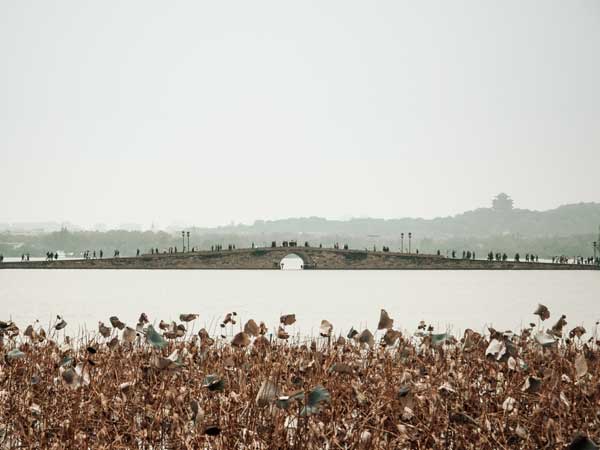