English
Feedbacks & Reviews | About us | Contact us
Home > Destinations > Shigatse

Shigatse, used to be called Tsang by Tibetan, is an ancient region at the altitude of 3,830m above the sea level. As the second largest city of Tibet, Shigatse is most famous as the seat of the Panchen Lama, who has been regarded by Tibetans (except those in Lhasa) to be on equal footing with the Dalai Lama. 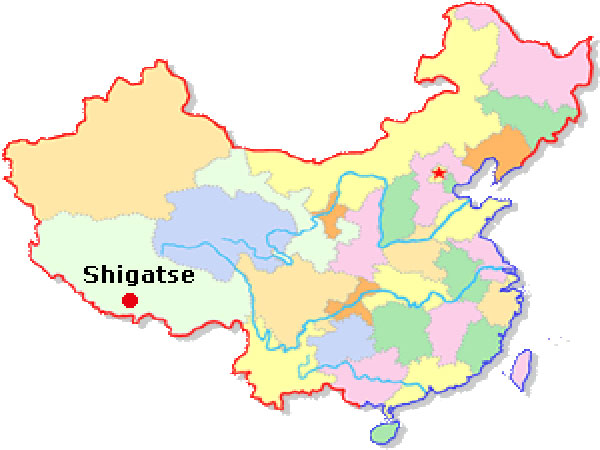 Shigatse connects with three countries of Nepal, Bhutan and Sikkim in the south, Ngari in the west, Nagqu in the north and Lhasa and Shannan in the east. It occupies an area of 176,000 square kilometers. It is 800 kilometers from east to west and 220 kilometers from north to south, with a border of 1,354 kilometers.

Strategically located at the alluvial plain at the confluence of YalongTsangpo and Nyangchu Rivers, Shigatse was once the political, religious and cultural center of 'Rear Tibet'. As time went on, the town lags far behind Lhasa in terms of economy and population. 98% of the population is Tibetan in the area. Due to its relative inaccessibility, traditional way of life of the local people still remained very well.

Geography: On the southwest frontier of China and in the southwest of Qinghai-Tibet Plateau, Shigatse connects with Ali to the west, leans Nagqu to the north, and adjoins Lhasa and Shannan to the east and borders on Nepal, Bhutan and Sikkim, sharing a part of frontier of 1,753 kilometers.

Population: Shigatse has a population of 63,000. 98% of the population is Tibetan in the area.

Climate: Shigatse has a highland continental climate; most of the region is dry all year round except the part south of Himalaya Mountain. The climate here features long sunlit period, strong ultra-violet radiation, low temperature and distinct rainy (May – September) and dry (October – April) seasons. The yearly average temperature is 6.3 degree Celsius with an annual rainfall of 422.4 mm.