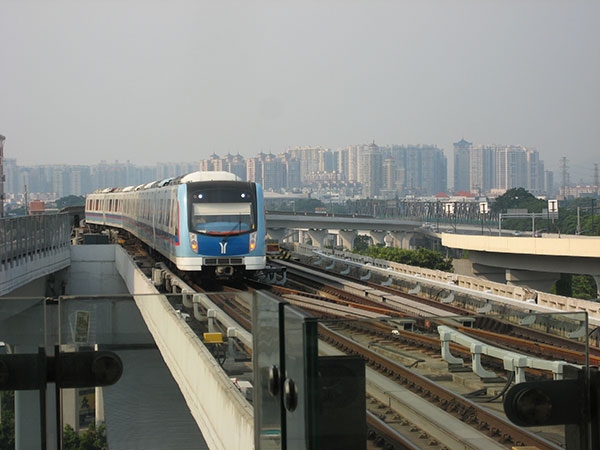 The station was built in 1950. It started the reconstruction in June 1990 and officially put into use in October 1991. After conversion, the tracks increased to more than 100 lanes, and the construction area of it is 90,000 square meters now. There are plenty of daily trains between major cities of China and Shenzhen. The station is near the starting point of the Shenzhen Metro Line No.1, Lohu Station and Luohu Frontier Inspection Building. Passengers will be able to deal with the exit formalities in Frontier Inspection Building, and then transferred to Hong Kong Kowloon and Xinshi Town in the east of Hong Kong by taking the KCR East Rail.

Due to the important location of Luohu District in Shenzhen, Shenzhen Railway Station is one of the main passenger railway stations in this city. Because the station construction period of this station is short, it is also a good example for the leaders of many mainland cities to visit to learn from.

Public Traffic Info about the Station