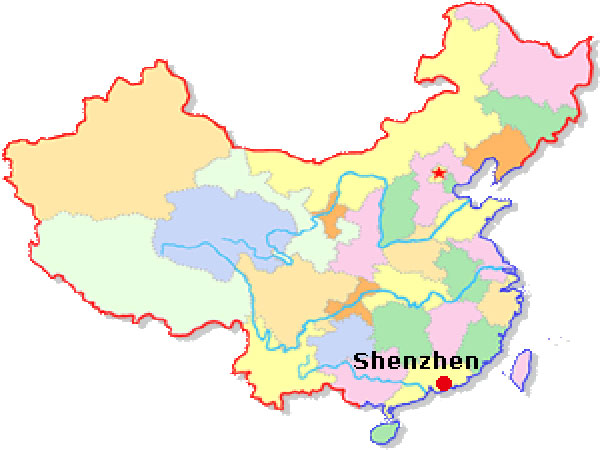 Shenzhen is a long and narrow city, being 81.4km from east to west with the narrowest section from south to north being 10.8km. Covering a total area of 2,050 square kilometers, Shenzhen has a population of 1.32 million. The city stands against mountains and faces the sea. It is a beautiful coastal city. The winding Dapeng Bay has a coastline of more than 70km, linking Great Meisha, Small Meisha, Xichong, Diefu, Shuishatou and Xiyong snowy beaches together.

Shenzhen is one of China major ports for foreign trade and international exchanges, and China earliest special economic zone and newly-rising tourist city. Here visitors can enjoy advanced tourist facilities and convenient entry procedures. Its scenic spots are featured by both ethnicity and modernity. Many large events including China Hi-tech Expo are held here every year.

Futian District, Luohu District, Nanshan District and Yantian District belong to the busiest areas in Shenzhen, and they are adjacent to Hong Kong. Travelers can easily get to Hong Kong through the checkpoints in those districts; main attractions in Shenzhen are sited in those districts as well. Adjacent to Hong Kong in southern China, Luohu is the financial and trading center of Shenzhen. Futian, at the heart of the SEZ, is the seat of the Municipal Government. West of Futian, Nanshan is the center for high-tech industries. Formerly outside the SEZ, Bao'an and Longgang are located to the north-west and north-east, respectively, of central Shenzhen. Yantian is the location of Yantian Port, the second busiest container terminal in mainland China and the third busiest in the world.

Human habitation in Shenzhen dates back to ancient times. The earliest archaeological remains so far unearthed are shards from a site at Xiantouling on Mirs Bay, dating back to 5000 BC. From the Han Dynasty (third century BC) onwards, the area around Shenzhen was a center of the salt monopoly, thus meriting special Imperial protection. Salt pans are still visible around the Pearl River area to the west of the city and are commemorated in the name of the Yantian (salt fields).

During the Song Dynasty, Shenzhen became an important hub for maritime trade especially in salt and spices. Dongguan and Dapeng military bases were set up in the Shenzhen area in the Ming Dynasty.

In 1573, Xin'an County was established, which is modern day Shenzhen and Hong Kong. Nantou, the county seat, was a commercial center dealing in salt, tea, spices, and rice.

Shenzhen was singled out to be the first of the five Special Economic Zones (SEZ). It was formally established in 1979 due to its proximity to Hong Kong.

In May 1980, Shenzhen was formally nominated as a "special economic zone", the first one of its kind in China.

In 2004, Shenzhen became a metropolis without rural area.

In 2010, the 30th anniversary of the establishment of Shenzhen Special Economic Zone was celebrated.

In 2011, the 26th World University Games was successfully held in Shenzhen.

Shenzhen belongs to subtropical Marine Climate, mild and comfortable. Annual average temperature here is 22.4℃. Rainy season in Shenzhen is from May to September, and typhoon often happens in July and August. The hottest month is in Agust; the coldest month is January.

The best time to visit Shenzhen is early from March to April, late September and early November. Shenzhen has short Spring and autumn, but long Summer. If you come in Summer (July to September), you can enjoy yourself on the beach like Dameisha, Xiaomeisha, Nan’ao, etc. 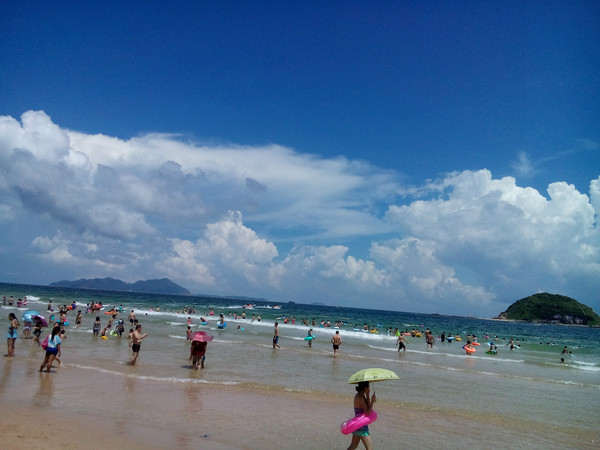 If you would like to know more about Climate in Shenzhen, please visit Shenzhen Climate & Weather

Shenzhen is a coastal city in China. The tourist resource is quite abundant, from cultural sites to natural landscape. But it mainly features with large themed parks and coastal landscape. Major scenic spots in center of the city gather in the south of Shenzhen, such as Deng Xiaoping Statue and Lotus Park, where is suitable for having a panoramic viewing of the city centre. In west of downtown is Nanshan District, where homes famous themed parks in Shenzhen, like Happy Valley, Splendid China Folk Village, Window of the World, Wildlife Park, etc. Wutong Mountain, Minsk World, Dameisha, Xiaomeisha, etc., are located in the east side of the city.

♦ Splendid China and Cultural Folk Villages - is a theme park including two areas (Splendid China Miniature Park & China Folk Culture Village) located in Shenzhen. It is one of the world's largest scenery parks in the amount of scenarios reproduced.

♦ Window of the World - a theme park located in the western part of the city of Shenzhen. There are about 130 reproductions of some of the most famous tourist attractions in the world squeezed into 48 hectares (118 acres). 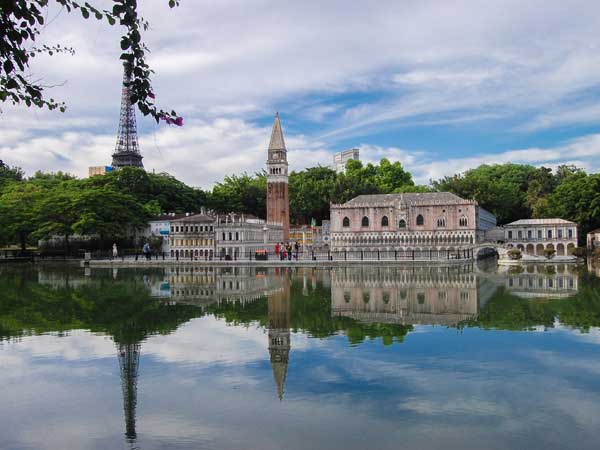 ♦ Dafen Oil Painting Village - a suburb of Buji, Longgang District in Shenzhen. If you are interested in art, it would be a must see place in Shenzhen. Take the Metro to Dafen Artist Village via Longing Line 3 toward Suanlong and alight at Mu Mian Wan Station. Take exit B2 and walk 750m towards Walmart. Nice gallery and fantastic art work available at very reasonable prices. Bought very nice authentic frames at a steal. Currently, the village sells both originals and replicas.

Shenzhen is one of the biggest and most developed cities in China. There are a lot of shopping areas for visitors to enjoy their time there, such as Shenzhen MIXC City in Luohu District, Yitian Holiday Plaza, Coastal City Shopping Center in Nanshan District, North Huaqiang Commercial Circle, North Huaqiang, Luohu Commercial City, etc. They are all famous. 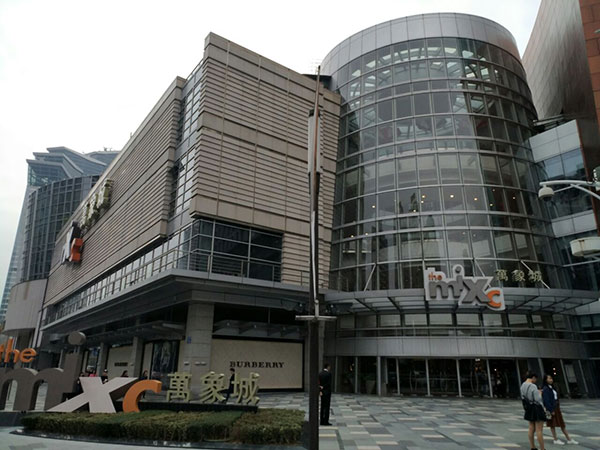 As a cosmopolitan city, Shenzhen has very convenient traffic.

There is an international airport in Shenzhen: Shenzhen Baoan International Airport. It is sited in northwest of Shenzhen, 32 kilometers away from downtown (Futian District). There are more than 100 domestic and international flights with arrival or departure in the airport. There are three terminals in the airport: Terminal A, Terminal B, Terminal C. Your should check out which terminal you will arrive at or depart from.
♦ Add: Fuyong Avenue, Baoan District, Shenzhen
♦ Official website of the airport: www.szairport.com
♦ TEL: (0775)23456789

Shenzhen Railway Station
It is near to Luohu Customs Checkpoint, from where you can get to Hong Kong. It is the mainly station operating trains between Shenzhen and Guangzhou.
♦ Address: 1008 Jianshe Road, Luohu District, Shenzhen
♦ Tel: 96000111
♦ How to get there: take the Metro Luobao Line

Shenzhen East Railway Station
Trains is mainly responsible to the arrival and departure of trains to Jiangxi, Hunan, Hubei and other provinces.
♦ Address: Between Jihua Road and Longgang Avenue, Longgang District, Shenzhen
♦ How to get: take Metro Longgang Line or Huanzhong Line to Buji Station.

Shenzhen West Railway Station
♦ Add: Junction of Yueliang Wan Avenue and Xuefu Road, Nanshan District, Shenzhen.
♦ How to get: it is not available to get there directly by subway. You need to transfer to public bus.

There are many bus terminals in Shenzhen city. They operation bus line covers the many provinces in mainland China, as well as Hong Kong and Macao regions.

There are two piers in Shenzhen: Shekou Pier and Fuyong Pier. They are mainly used for the transportation between Shenzhen and Hong Kong, Macau.