Shanghai - Hangzhou Trains page introduces some train information between Shanghai and Hangzhou, as well as some tips for travelling to the two cities.

There are about 126 pairs of trains travelling between Shanghai and Hangzhou. About 44 of them are ordinary trains (K or T series trains ) and the rest are high-speed trains (D or G series ) trains. The ordinary trains take about 2 hours to 2 and a half hours for one way trip, while the high speed trains take about 1 to one and half hour for one trip between the two ciites. So it is hgihly recommended to take high-speed trains(G-series or D-series) to save time. 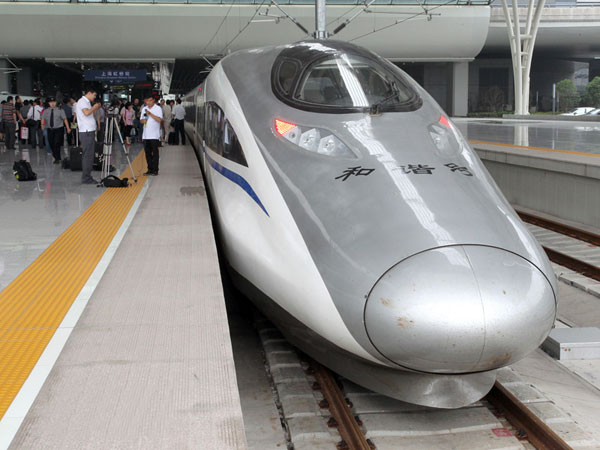 ►Train from Shanghai to Hangzhou

Trains from Shanghai to Hangzhou departs every 10 miintues from three station in Shanghai.

Ordinaray trains leaving for Hangzhou all depart from Shangai South Railway Station. It runs from 05:18 am to 23:35.

►Train from Hangzhou to Shanghai

High-speed trains operate from 6:10 to 21:49 every day, with almost every 10 minutes departure.

Notes for Taking Train in China

1. Booking an original train is easier than booking a passing-by train. Train ticket can be booked 20 days in advance at most.

While in high-speed trains, only seats are available. No sleepers. There are business seats(the best), super seat, first  class seat and second seat. You can visit Types of China Train Seat to find more.

3. In China, taking a train is a comparative cheaper way to cut down the travel cost. While correspondingly, the comfortable level is lower than by air.
Luggage: you need to take the luggages by yourself and keep an eye of them on transporting time, no luggage-checking service on the train
Carriage: it may be crowded when in the domestic travel seasons as well as summer holidays.
4. The first character of train number has special meanings.
G–High-Speed Train
C–Intercity EMU Train
D–Electric Multiple Units (EMU) Train
Z–Direct Express Train
T–Express Train
K–Fast Train
Four-digit Number Train - Regular Speed Train
L–Temporary Train

Tips for travelling to Shanghai and Hangzhou

Best Time to Visit Shanghai:
The best time to travel in Shanghai is in spring and autumn, The city has a subtropical maritime monsoon climate, with four distinct seasons. Generally, the warm Spring and cool Autumn are the more comfortable seasons. While Summer and Winter are far less pleasant. Overall, Shanghai enjoys a mild and moist climate. 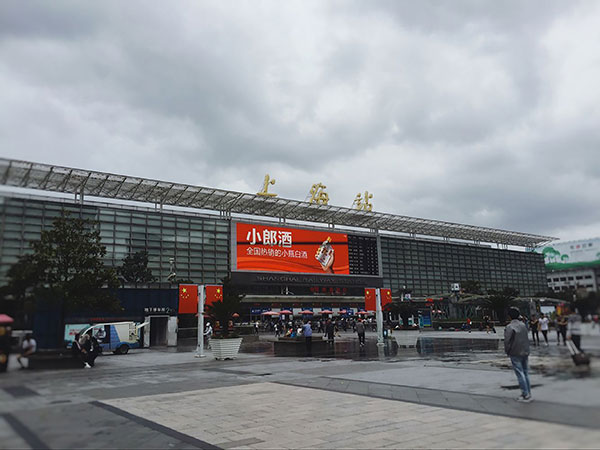 Best Time to Visit Hangzhou:
Best time to visit is March to October, especially Spring from March to May. West Lake in spring is in its most beautiful moment.