Shanghai, economic center of the second largest energy, is a super metropolis in the world, boisterous in business areas, cold in high-rise buildings, shining in nights, and happy in crowds. Shanghai , a big city with a huge GDP and the largest port in the world, has been built into a modern and beautiful city and an important business center in the world.

Shanghai, this big shinning city, I bet you want to go. Here, I give reasons why you should go to Shanghai and why you would like to visit Shanghai.

The Bund Shanghai, Foreigners in Shanghai 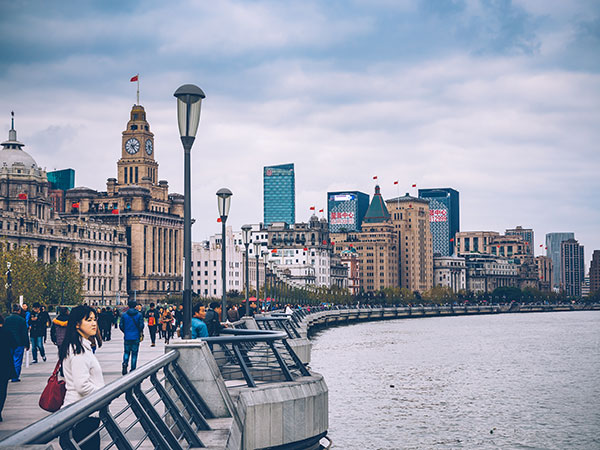 The Bund, is located at the riverbank of Huangpu River, famous for its historical buildings. In the second half of the 19 century and the first half of the 20th century, it was the staying area of foreigners in Shanghai, such as American, British, and French. The Bund stands 33 buildings built 100 years ago, and they have various exotic building styles, like the Gothic, and Baroque. In this small area, tourists and visitors can see buildings of many building styles from foreign countries. It has become one of the most popular attractions to tourists who like to see old buildings, and want to feel Shanghai history and culture.

7 Days Tour from Shanghai to Huangshan

Yuyuan Garden or Yu Garden was first built in the Ming Dynasty(1368-1644) as a private garden to the Pan family,  and up to now, it has over 400 years. In this long period of time, the garden has been under well protection. Yuyuan Garden  is a classical layout of Chinese Garden, with lake, bridge, winding corridor, rockery, pavilion, fish, tree and flower. Yuyuan Garden is divided into several parts, and each part has many buildings, full of Chinese traditional elements. Tourists and visitors in Yuyuan Garden can see the essential of classical Chinese garden, enjoy the beauty of Chinese Garden, and feel the leisure life of its former owners.

Shanghai has several ancient towns, with Zhujiajiao Ancient Town, Qibao Ancient Town, and Jingfeng Ancient Town  the most famous. Ancient towns in Shanghai are also water towns, which are a part of Jiangnan water town, because of their geography conditions. In Jiangnan area, there are rivers everywhere, and towns are usually built along waters. Rivers flow through those water towns, and became a part of towns, and bridges are built for transportation on land, and wooden boat is another way of transport. 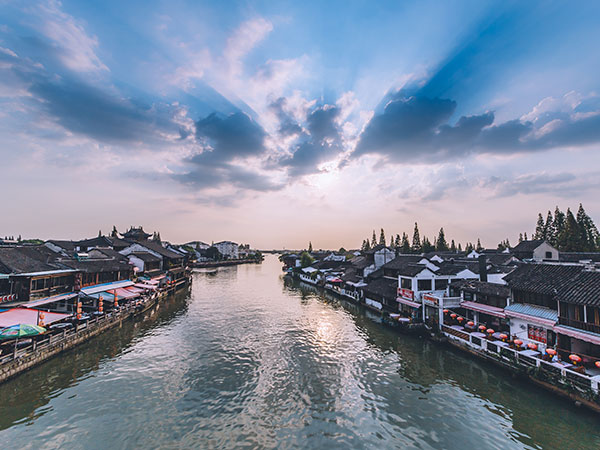 Shanghai Disney Resort, Paradise for Guests of All Ages 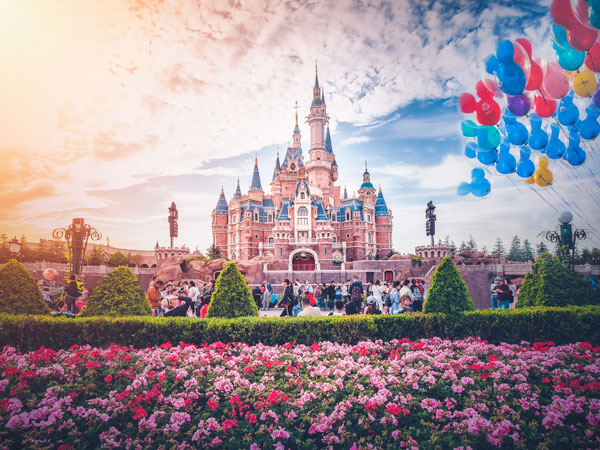 Shanghai Disney Resort is the second disneyland theme park in China, with several parts, Disneyland, Disneytown, Wishing Star Park, Shanghai Disneyland Hotel, Toy Story Hotel, and seven theme zones. Each of those theme zones has several attractions and activities. In Shanghai Disney Resort, tourists and visitors, no matter you are a child or an adult, can enjoy the fantasy in dreams, and experience the magic from fairy tale. Those attractions and activities will bring you special experience in this fairy land, close to your dream.

Fantasyland: Alice in Wonderland Maze, Hunny Pot Spin, the Many Adventures of Winnie the Pooh, “Once Upon a Time” Adventure, Peter Pan’s Flight, Seven Dwarfs Mine Train, Storybook Court, Voyage to Crystal Grotto.

Except Shanghai Disney Resort, Jinjiang Amusement Park(锦江乐园) is one of the top choices for a family trip in Shanghai. It has many thrilling activities for children and adults.

Though we always say Shanghai is a young city, it has its own long history and profound culture. When coming to Shanghai, seeing the modern Shanghai is not enough. What is old Shanghai? Please come to Shanghai Old Street, the City God Temple, bargain markets, Tianzifang, and Xintiandi. 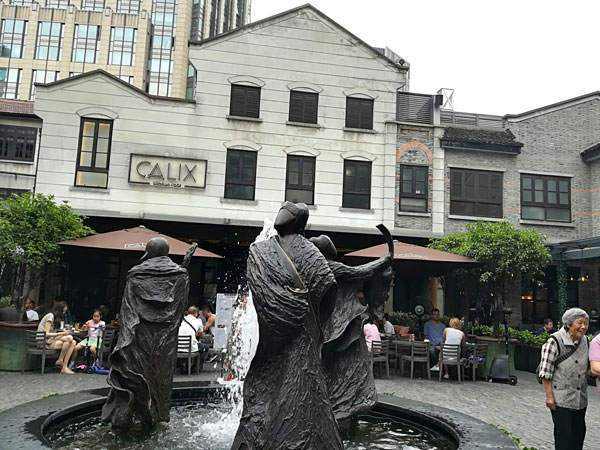 Shanghai Old Street. It is a business market in the past, and famous street now for sightseeing, shopping and Shanghai cuisine. In Shanghai Old Street, tourists can see old shanghai buildings, stores of traditional style, and eat Shanghai food in time-honored restaurants, and experience Shanghai business atmosphere. 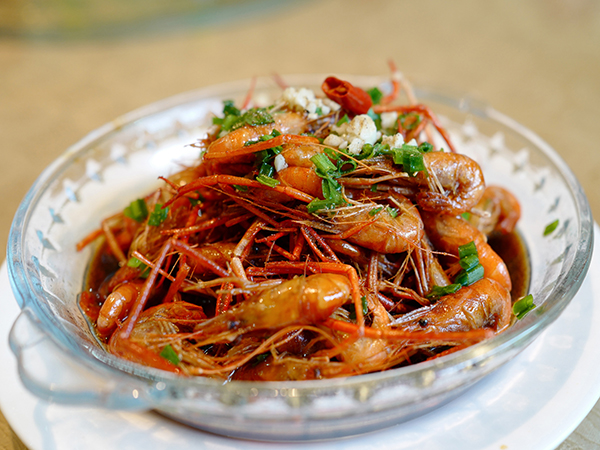 Shanghai has gathered food from home and abroad here, making a paradise of cuisine to tourists and visitors. Shanghai traditional food is a must-try to tourists, who may become a fan of it accidentally. Shanghai dish: Shui Jing Xia Ren, sautéed shrimp, steamed cruician carp, Babao duck, wined chicken, steamed crab, white cut chicken, and squirrel-shaped mandarin fish. These dishes are what you should order in a Shanghai restaurant. 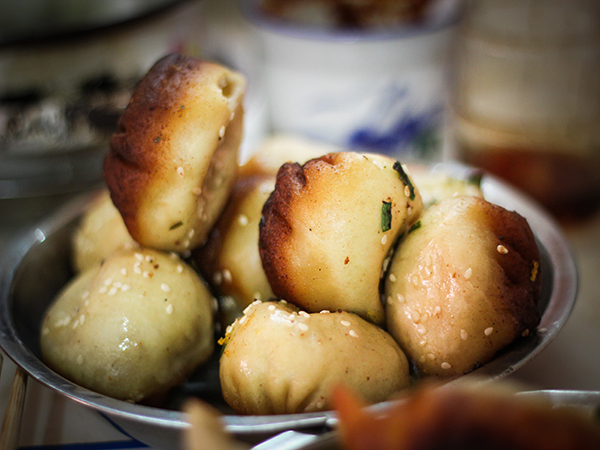 Baozi in Shanghai has several kinds with great flavors, baozi stuffed with soup, fried baozi, steamed baozi. And baozi could have various stuffing, like pork, crab meat, and vegetable. You shouldn’t miss baozi in Shanghai. 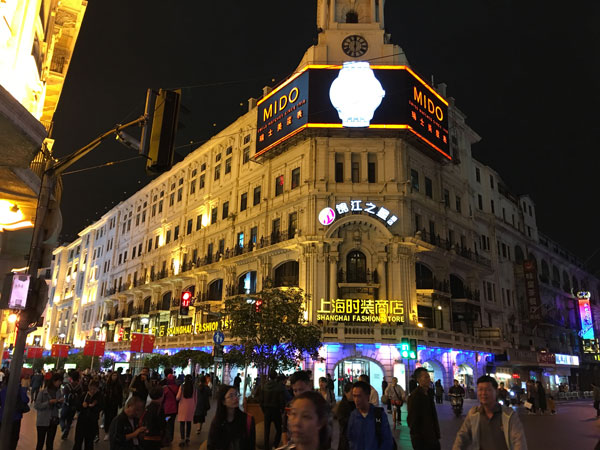 In Shanghai, there are many shopping areas with enormous stores, shinning shopping malls, and crowded shopping markets. Goods in shopping malls are in high quality, but high in price. Goods in shopping markets are much cheaper, and in good quality. Shanghai as one of the biggest export cities, has lots of goods stored for export, and you can find various goods you want, like popular small goods made in Yiwu and Suzhou embroidery. If you want to buy cheap clothes in Shanggai, please go to Qipu Road which has a big clothing wholesale market. 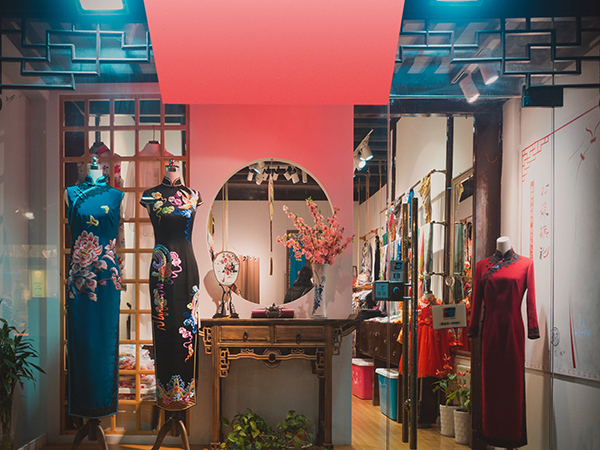 Qipao is traditional clothing for women, popular in the 1920s, well showing women’s figure. Qipao is a Chinese style clothing, with various designs, popular in the world. Nowadays, supreme Qipao is always chose as formal dress for big events, and some Qipao are dressed in ordinary days.

Where to buy Shanghai Qipao? There are special streets for selling Qipao, where lots of Qipao stores open and welcome customers from all over the world. Changle Road and Maoming Road are for customers desiring to buy Shanghai Qipao. Each store has its uniqueness, and they have made-up Qipao for sale, and offer tailor-made service to make private Qipao from materials to pattern.

Silk is a material made in China, used to make clothing, scarf, pajamas, etc. Chinese silk is famous for its softness and smooth, and popular in the world for thousands of years. Shanghai is one of the most ports to export Chinese Silk, and has enormous silk stores, often visited by foreigners. Customers could buy made-up products and also order tailor-made products. 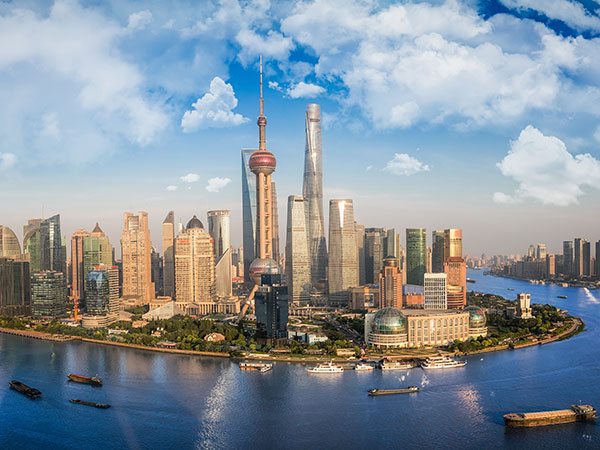 Oriental Pearl Tower, made of two big balls, has observation decks, space module, exhibitions and a revolving restaurant. Oriental Pearl Tower is famous for its glass-bottomed skywalk in 259 meters, and it is thrilling for tourists to have transparent views through those glasses. Jin Mao Tower gathers business, entertainment, leisure and sightseeing, with the 88th floor as its observation deck. Shanghai World Financial Center, with a height of 492 meters, has three observation decks, in the 94th, 97th, and 100th floors. Shanghai Tower, with a height of 632 meters, is one of the tallest buildings in China. It has a glass-bottomed skywalk in the 118th floor, 546 meters high, where people can have a dead-zone free view of Shanghai city. 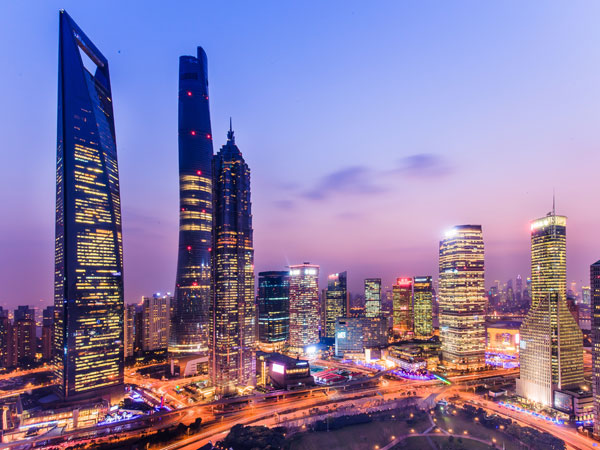 Those high buildings all have multi-functions, for office, entertainment, hotel, restaurants, etc, and one of the most important is for sightseeing. Glass-bottomed skywalk is designed for tourists to enjoy fantastic views of Shanghai. Therefore, the above-mentioned high-rise buildings, like Oriental Pearl Tower, have become a must-visit attraction in Shanghai. In those buildings, people could have thrilling sightseeings, go shopping, and enjoy Shanghai food, and exotic food from the world. 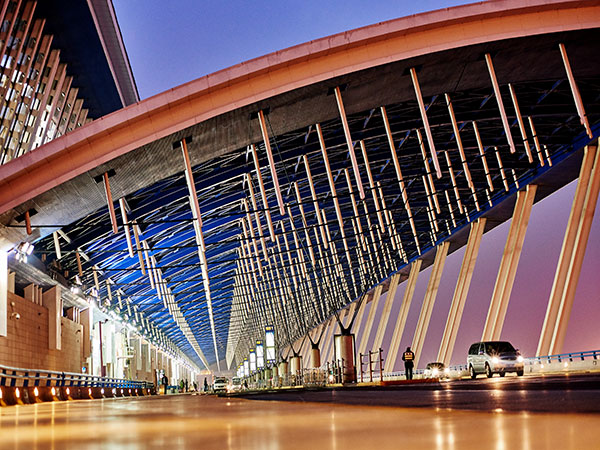 Fill in entry card and  get checked by staff from China Immigration Inspection to get temporary entry permit.