Shikumen is a traditional Shanghainese architectural style combining Western and Chinese elements that first appeared in the 1860s. This kind of building in Shanghai also called "lane" by the local people in Shanghai. The statue of Shikemen buildings in Shanghai, or the so called lane, is the same as Hutong in Beijing. Due to the popularity of Shikumen architecture in town, there were 9000 shikumen-style buildings in Shanghai, comprising 60% of the total housing stock of the city. However, with the fast development of this international metropolis today, the proportion is much lower, for most Shanghainese prefer to live in large apartment buildings than in these old buildings. 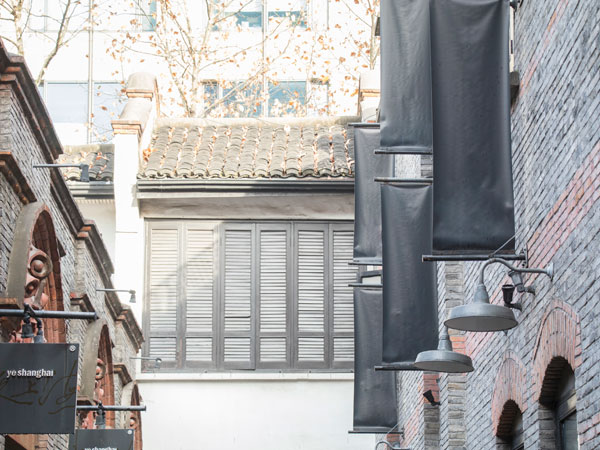 Shikumen (literally meaning "stone-framed door") buildings refer to two- or three-story structures resembling Anglo-American terrace houses or townhouses, distinguished by high brick walls enclosing a narrow front yard. The name "stone gate" references these strong gateways. Each residence abuts another and all are arranged in straight side alleys called longtang. The entrance to each alley is usually surmounted by a stylistic stone arch. Behind the stone-frame front door of a shikumen house lies a small courtyard, which is itself enclosed on the other sides by the building of the house. Shikumen houses are unique to Shanghai, and sadly disappearing all too fast in the face of rampant development.

Life in the Lanes
Shikumen-style houses formed the basis of the "Li Long" (lane) community where private spheres and public spaces overlapped. In this community, everyone knew everyone else's business. As the density of the community rose, some family activities were often moved to public spaces. 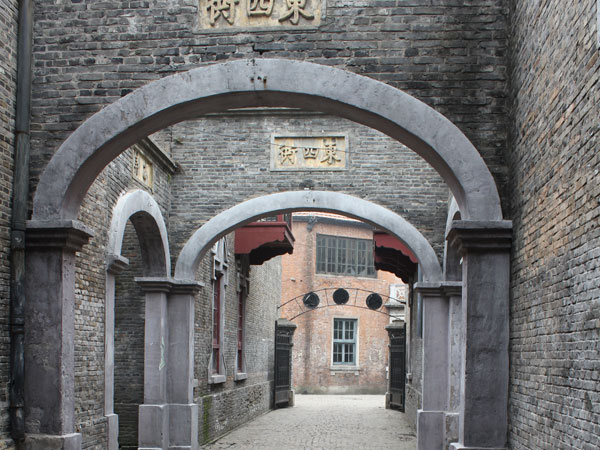 Where to see Shanghai Shikumen Building
There are some existing Shikumen buildings for visitors to explore, like Tianzifang, Taikang Road 210 Lane, 387 Shanxi South Road and so on. They are all near to Xintiandi and the Bund.

History of Shanghai Shikumen
In the early 1900s, the Shikumen lanes were considered among the younger generation as the ultimate examples of dilapidated, crowded and wretched urban living.

After the 1920s, sewerage systems were installed. Typical examples of such Shikumen buildings are the Jingan Villa on Nanjingxi Road, and the Daluxin Villa on Shanyin Road.

During and after World War II, a lot of people headed to Shanghai led many shikumen houses to be heavily subdivided. For example, the spacious living room is often divided into three or four rooms, each lent out to a family. These cramped conditions continue to exist in many of the shikumen districts that have survived recent development.

These cramped conditions continue to exist in many of the shikumen districts that have survived recent development of the Reform and Opening period. After new China was founded, Shanghai developed a lot and many Shikumen buildings are dinged down to building to build modern skyscrapers. Shikumen gradually becomes the cultural heritages of this city. Many people often pay a visit to a place where has shikumen buildings to find the old time of Shanghai.