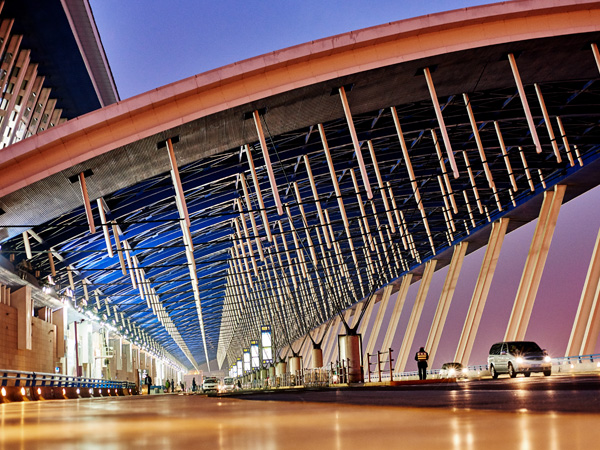 There are two terminals in Shanghai Putong Airport right now: Terminal 1 and Terminal 2.

•Terminal 1
Terminal 1 was opened on October 1, 1999 along with a 4000 meters runway and including a cargo hub. It was built to handle the demand for traffic and to relieve Shanghai Hongqiao International Airport's traffic.

•Terminal 2
Terminal 2 is located in the eastern side of Terminal 1. Terminal 2 is shaped like the 1st terminal but it has more of a wave shaping, rather than a seagull shape and is slightly larger than Terminal 1. It was opened on 26 March 2008, along with the third runway, gives a capacity of 60 million passengers and 4.2 million tones of cargo annually.