►Aviation
Sanya Phoenix International Airport is the largest international airport in southern Hainan. It was completed in June 1994, and officially opened to traffic on July 1. About 14 kilometers east of downtown Sanya and 5 kilometers west of The End of the Earth, it is one of largest China's domestic transportation airport. The airport has opened routes to Shanghai, Beijing, Tianjin, Guangzhou, Hong Kong and Macau, Xi'an, Urumqi, Chongqing, Chengdu, Guiyang, Guilin, Harbin, and other places. It is navigable toward 63 domestic and foreign cities.

►Railway
Sanya has opened direct trips from Sanya to Beijing West Railway Station, Shanghai South Railway Station, Guangzhou, etc. You can take the trains to Sanya from Haikou Railway Station which generally depart on the morning and takes about four hours with fewer train number. Foreign tourists also can choose direct express train to Sanya from Beijing and Shanghai. The trains from Shanghai to Sanya spend 36.5 hours; from Beijing to Shanghai spend 35 hours; from Guangzhou to Sanya spend 15 hours. The trains all the way pass through Hainan west line; you have the chance to enjoy the magnificent tropical forests and overlook the seascape along the west line.

►Highway
Hainan East Line and West Line Expressway were built around the Hainan Island from Sanya and Haikou. The midway branches extend in all directions, connecting with all cities and counties like Lingshui, Wanning, Qionghai, ect. Sanya City Bus Terminal daily send long-distance buses to the whole Hainan province. It has special Haikou line every 20 minutes. Also it has long-distance buses sent to the provinces of Guangdong, Guangxi, Hunan, Jiangxi, and about 20 flights a day. The departure time is 7:00 a.m. To 11:00 p.m..

►Water Transport
Taking a passenger liner is the most comfortable and pleasant way to travel to Sanya. Sanya has irregularly scheduled saillings via Hong Kong, Sanya and Vietnam which arrive at Sanya Phoenix Island Cruises Pier. Phoenix Island is surrounded by the sea. Its south is the Luhuitou Park and it is near the downtown Sanya. You can take the bus No. 9 bus or take a taxi to reach the Phoenix Island cruise terminal. 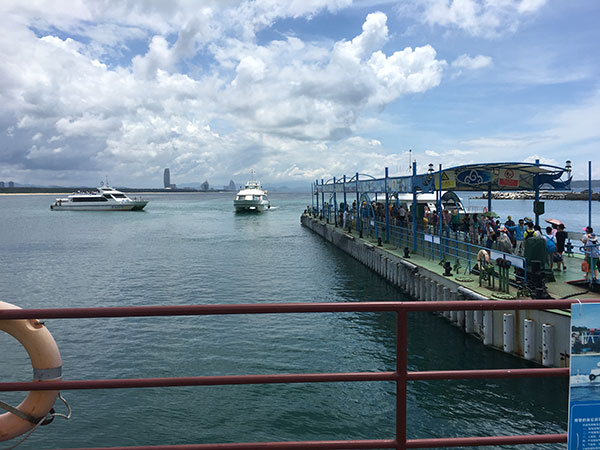 ►Taxi
Sanya's taxies have blue body and mostly are Volkswagen Jetta and Dongfeng Citroen. The pricing starts 5 yuan in 2 kilometers and 2 yuan per kilometer beyond 2 kilometers, 2 yuan for every 10-minute waiting. Additional 5 yuan should be paid during Chinese Golden Week like National Day and Spring Festival.

►Bus
As Sanya is a tourist city, buses are very important in Sanya. Buses have turn-by-turn charges and one-way fare ranges from 1 yuan -15 yuan. Sanya has double-decker sightseeing bus directly to The Ends of the Earth, the West Island, Sanya Bay, Beautiful Crown, Egret Park, Luhuitou Park, East China Sea and Yalong Bay. Departure time is from 6:00 a.m. to 6: 40 p.m. in every half an hour and the one-way fare is 10 yuan per person. 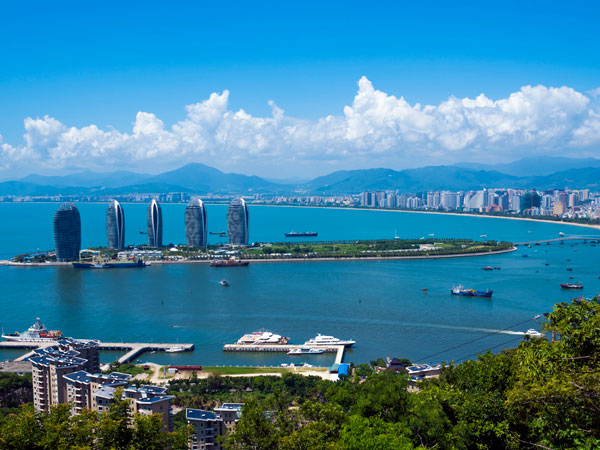 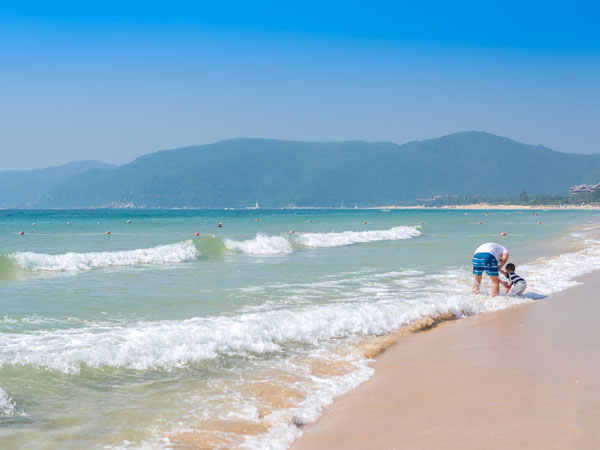