Famous Landmarks in Macau are considered the Name Card of this famous tourist city, which could be time-honored architecutures, amusement parks or integrated hotel resort, ancient and new. TopChinaTravel here would like to introduce the most representative landmarks and famous buildings in Macau, like the Ruins of St. Paul's, The Venetian Macau and A-Ma Temple for you. They are somehow, represent a certain character or role Macau played to the world. 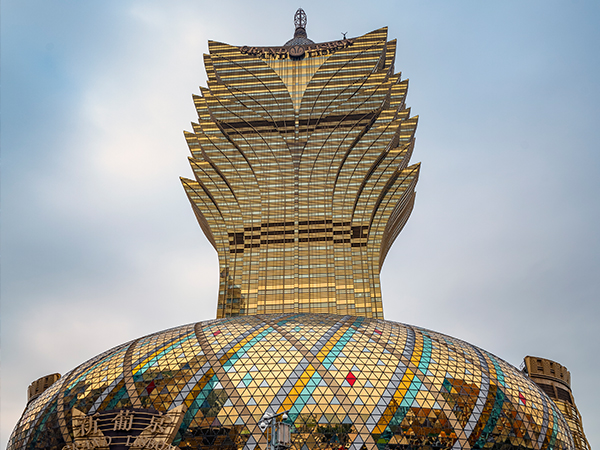 The Grand Lisboa Hotel, built by Macau ’s king of gambler Ho Hung Wah at a cost of 5 billion yuan, is one of the largest and most luxurious hotels in Macau and the most well-known landmark in Macau. The Grand Lisboa Hotel in macau is a unique, luxurious, dazzling masterpiece of craftsmanship, shaped like a giant lotus flower.

The hotel covers an area of over 12,000 square meters, with a total height of 228 meters and a total of 44 floors. The interior of the hotel is very luxurious.  A super large diamond is displayed in the center of the lobby, which is the 218-carat "Ho Hung Wah Star". This diamond has been identified as the world's largest pillow-shaped D-color flawless diamond in the United States, and its value is incalculable. 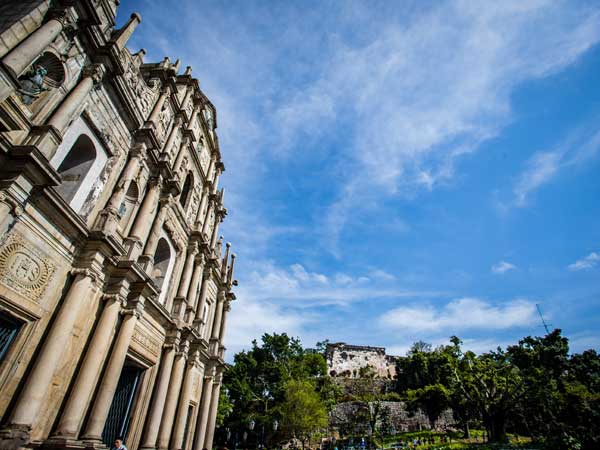 The Ruins of St. Paul's is the top ranked and the most attractive tourist spots in Macau, which can be considered the symbol and landmark of this fascinating city. It is actually the remained arch-structure of the church of St. Paul.

Firstly completed at the year 1580, the church of St. Paul has its architecture combined Renaissance-style and oriental-style in harmonious way. Experienced the baptism of fire for three times, this well decorated and furnished church been destroyed and only the stone facade can tell people its brilliant glories in the old times.

The stone façade been designed to five layers. The first layer or the top is a triangle Doorcase decoration; the second layer carved a Jesus stone figure; the 3rd layer showed the "Virgin Holy Days" scene; the 4th layer consecrated four saints; “MATER DEI” carved on the lintel of the main door of the 5th layer. 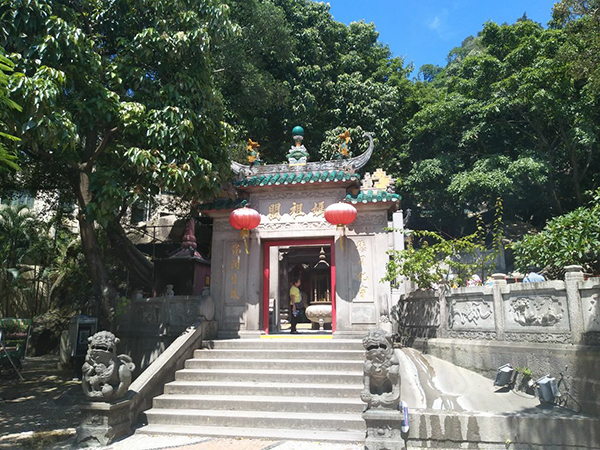 A-Ma Temple or Mazu Temple, which located on the southwest tip of the Macau, is the oldest Taoist temple in Macau, as well as the most famous one. It has a history of over 500-year, which can be dated back to 1488, even before the city of Macau came into being. In ancient times, people believed that Mazu was the "Goddess of the Sea" and the "Protector of Fishermen", so they built this solemn temple to show their devout. The whole construction consists of 4 main parts, namely the Stone Palace, the Prayer Hall, the Hall of Benevolence and the Hall of Kuan Yin. The temple has been listed in the World Heritage record in 2005. 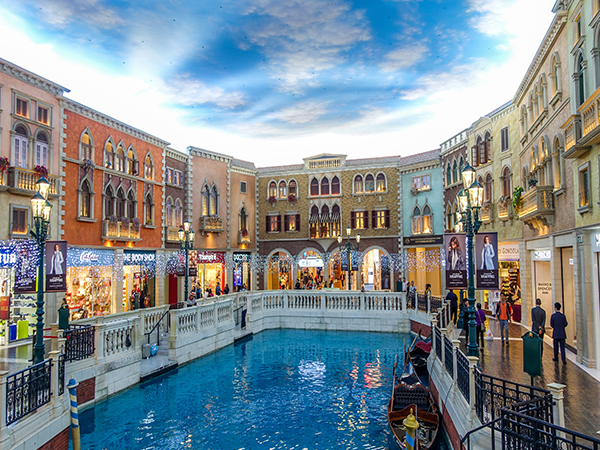 The Venetian Macau is not only a hotel for accommodating, it is more like a multifunction resort for recreation. It is, therefore, a popular tourist attraction and entertainment place in Macau. Located on the Cotai Strip in Macau, it is the largest single structure hotel building in Asia. Owned by the Las Vegas Sands corporation, it is modeled on its sister casino resort, the Venetian in Las Vegas as the luxury hotel and casino resort .

It was opened to public in 2007, has 3000 suites, 110,000 m²of convention space, 150,000 m²of retail, 51,000 m²of casino space that with 3400 slot machines and 800 gambling tables and a 15,000 seat CotaiArena for entertainment and sports events. The whole construction is therefore an integrated accommodation and entertainment center to cater tourists and visitors from all over the world. 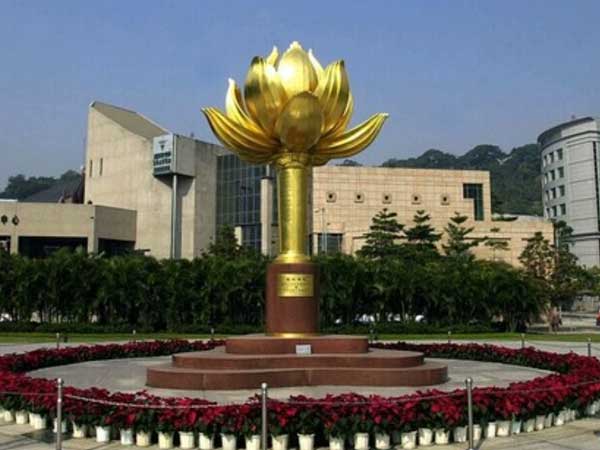 Golden Lotus Square, or Lotus Square, is an open area in the former Portuguese colony of Macau, which is a joint area of 3 main streets of the city. It is one of the 4 great squares in Macau, together with the Senado Square, Praca do Centro Cultural de Macau and Tashi Square. A 6-meter tall large sculpture of "Lotus Flower in Full Bloom" unveils its beauty on the center area, which aimed to celebrate the return of sovereignty of Macau in 1999. This area hence the name Golden Lotus Square, and becomes a newly tourist attraction.

The golden lotus made of gilded bronze and weights 6.5 tons, the major part of it, with 16 components in total, is composed of a stem, petals and pistil. The base of the flower consists of 23 pieces of red granite. 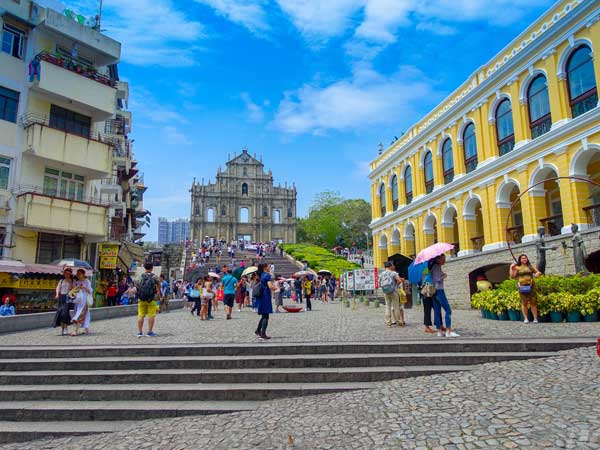 Senado Square, or Largo do Senado in Portuguese, is a paved area in the centre of the former Portuguese colony of Macau. It is one of the 4 great squares in Macau, together with the Golden Lotus Square, Praca do Centro Cultural de Macau and Tashi Square. Located in the central area of Macau city, this square covers an area of 3,700 square meters and has listed in the World Heritage Sites. Now it is enclosed by the buildings of the Leal Senado, the General Post Office, and St. Dominic'ss Church. The square is paved in the traditional Portuguese pavement.

The square is designed into a wave shape. The fountain in the central is the representative of this square. While the roads around this site are changed as the pedestrian streets for people to have a walk here. Locals prefer to spend their leisure time here because of the peaceful atmosphere. 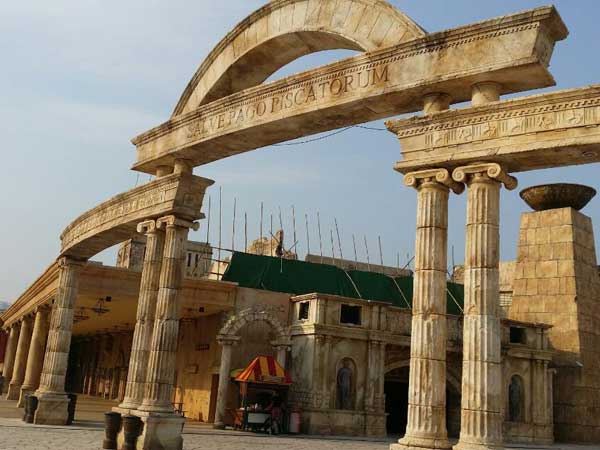 The Macau Fisherman's Wharf is the first theme park in Macau and the big shopping mall that modeled the Fisherman's Wharf in San Francisco of the United States. Located on the new Reclamation Area of outer Wharf, adjacent Hong Kong-Macau Wharf, this park is invested by Ho Hung San and Chow Kam Fai, magnates of the commercial and entertainment circles.

With an area of 111,500 square meters, Macau Fisherman's Wharf is an integrated construction of entertainment, shopping, catering, accommodation and incentive, etc. It consists of three theme parks, namely the Palace Wharf, Eastern-Western Area and Lijun Wharf. 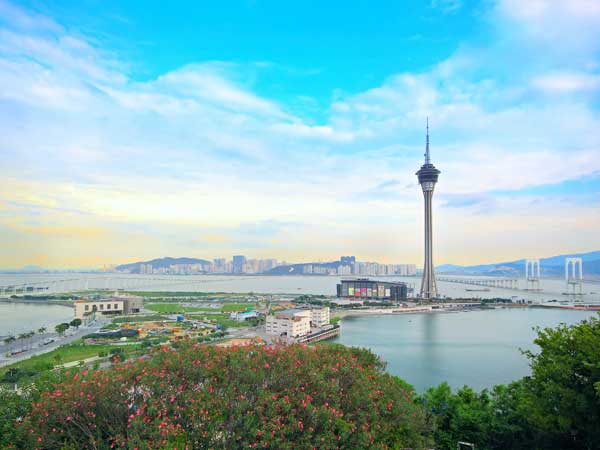