How to Get to Mount Taishan from Jinan 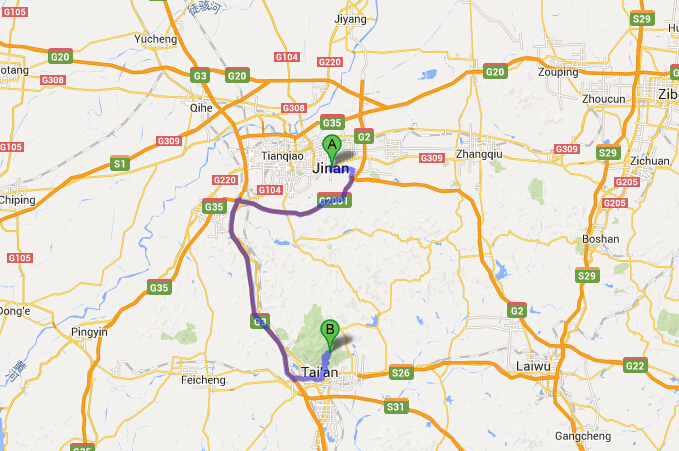 Where is Mount Tai

Mount Tai locates in the middle part of Shandong province spanning two cities (Tai'an city and Jinan city) in Shandong province, China, just north of the city of Tai'an and to the south of the provincial capital Jinan. It extends from 150 to 1,545 metres (492 to 5,069 ft) above sea level and covers an area of 426 square kilometres (164 sq mi) at its base. Mount Tai is one of the five Daoist sacred mountains in China. Because of its history it is the most climbed mountain in China.

How to Get to Mount Taishan from Jinan

To travel in Mount Taishan area, visitors usually need to go to Tai’an city first, then get to Moun Tai there. the transport between Jinan and Taishan is quite convenient.

By train (recommended)
Express train (With initial D), high-speed trains or ordinary train are available between Jinan and Tai’an cities.

To get from the train station (the bus stop isn't near the station, it's about 5 minutes walk to the downtown, near KFC, Pizza Hut and Dico's) to the base of Taishan by local bus, take bus #3 (actually this bus connects two entrances - if you take the bus from the bus stop closer to Dico's/Pizza Hut it will stop at the entrance without the bus to the Halfway. Take the bus from the oposite side of the street). This only takes about 15 minutes and costs ¥2. Taxis from the Tai'an train station are available to the foot of the trails up Tai Shan

By bus (not recommended)
Visitor can also take buses at Jinan Long-distance bus station to arrive in Tai’an city. then transfer to a bus to get to the entrance of Moun Tai.

In addition, if you arrive at Jinan by air. You can catch the airport express in the airport to reach Mount Tai directly. It will save your time and energy.

►Hiking up the mountain can be tiring (about 4-7 hours of stairs, 1300m elevation) but there are plenty of places to stop along the way, buy water and drinks (prices get higher as you go up the mountain).
►A highlight is watching the morning sunrise from the top of the mountain. If you are interested in seeing the sunrise (a very popular activity) you will need to hike up the stairs at night or stay overnight on top 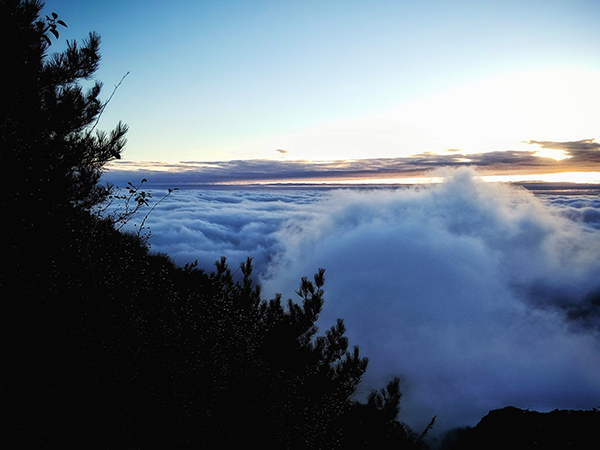