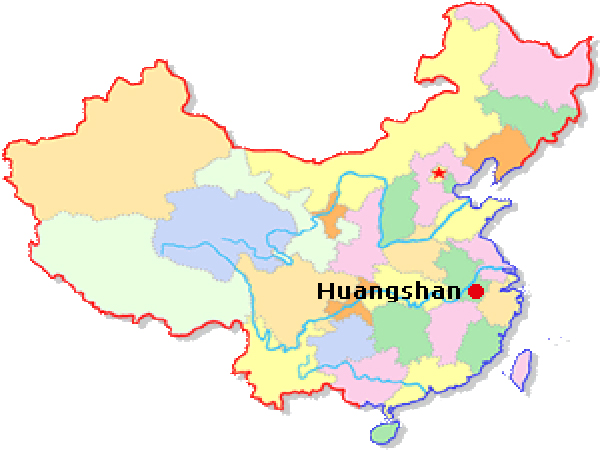 Located in Southern Anhui Province, Huangshan is known as a world famous tourist city. It has jurisdiction over three districts, four counties and Huangshan Scenic Zone. With the beautiful landscapes and many relics, Huangshan is the cradle of the Hui School and one of the three locality studies in China.

Huangshan City is also a region with time-honored history and splendid cultures. Shexian and Yixian Counties were established more than 2,000 years ago. In the Jin Dynasty (265 A.D. -420 A.D.) Huangshan City was called Xin' an Shire. In the Song Dynasty ( 960 A.D. -1279 A.D.), the name was changed into Huizhou, the city was famed for its affluent Hui merchants, Xin'an School of painting and carvings, Xin'an traditional medicine, Hui ancient architecture, Hui Cuisine, and Huangmei Opera.

Huangshan Airport is situated in the west suburb of Tunxi of Huangshan city, 71 kilometers from Mt. Huangshan scenic area. It covers an area of 75 hectares with runways 2,200 meters long and 45 meters wide. Nowadays, it is up to the state second-class airport standard, competent for taking-off and landing for medium airliners like Boeing 737. So far, there are 21 air routes linking up Huangshan and Beijing, Shanghai, Xiamen, Xi'an, Guangzhou, Chengdu, Shenzhen, Hefei, etc. There are charter flights between Huangshan and Hong Kong. The year 2005 also witnessed for the first time charter flights between Huangshan and South Korea.

Area: Huangshan City has an area of 9,823 square kilometers.

The mountain is also often named as a magnificent ‘sea of clouds’ covering the highest peaks-- the Lotus Flower Peak (Lianhua Feng) about a height of 1864m, the Bright Summit Peak (Guangming Ding) and the Celestial Peak (Tiandu Feng).

Population: Huangshan City has a population of 1.5 million.

Climate: It is said that the best time to climb Mt. Huangshan (Yellow Mountain) is in spring; the blooms of the exotic flowers decorate the hills and slopes with different colors and fragrance. In autumn, the mountains are beautifully decorated with red and purple blossoms while winter leaves the mountain covered with frost and ice with silver boughs and rocks around. Summer beautifies Mt. Huangshan (Yellow Mountain) with pine shades everywhere as the dashing waterfalls contrast with the crystal clear waters from the mountain streams. 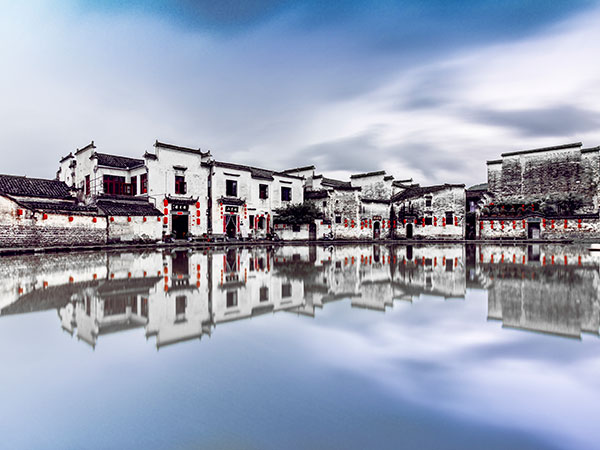 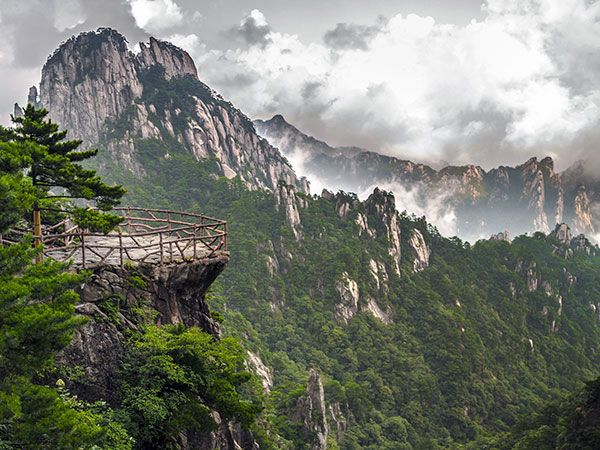