Main article: Guangzhou Metro
With the first line of Guangzhou Metro opened in 1997, Guangzhou is the fourth city in Mainland China to have an underground railway system, behind Beijing, Tianjin and Shanghai. Currently the underground network is made up of five lines, covering a total length of 157 km (98 mi), while another four lines are under construction and due to be completed in 2010 before the Asian Games. A long term plan is to make the city's underground system expand over 500 km (310 mi) by 2020 with 15 lines in operation.

From January 1, 2007, the municipal government has banned motorcycles in the urban areas. Motorcycles found violating the ban will be confiscated. The Guangzhou traffic bureau claimed to have reported reduced traffic problems and accidents in the downtown area since the ban. 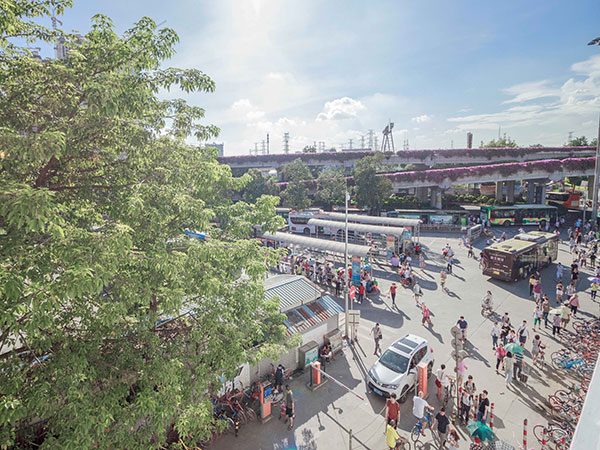 According to a report on the China Daily of July 6, 2007, all buses and taxis in Guangzhou will be LPG-fueled by 2010 to promote clean energy for transportation and improve the environment.[28] At present, Guangzhou is the city that uses the most LPG-fueled vehicles in the world. As of the end of 2006, 6,500 buses and 16,000 taxis were using LPG, taking up 85% of all buses and taxis. 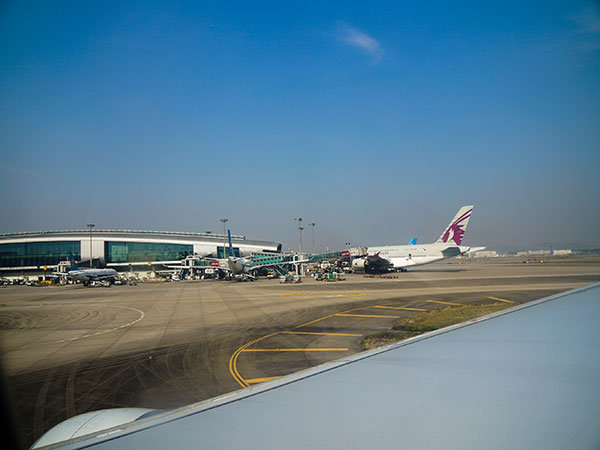 Guangzhou is well connected to Hong Kong by train, coach and ferry. The Guangdong Through Train departs from the Guangzhou East railway station; and arrive at the Hung Hom KCR station in Kowloon, Hong Kong. The route is approximately 182 km (113 mi) in length and the ride takes less than two hours. Frequent coach services are also provided with coaches departing every day from different locations (mostly major hotels) around the city.

There are daily ferry services including an overnight ferry service, which takes eight hours, as well as high-speed catamaran service which takes three hours, to the China Ferry Terminal or Macau Ferry Pier in Hong Kong. The Nansha Pier, located in the distant Nansha District outside the city centre, is also operating six daily 75-minute catamaran services to Hong Kong.