The convenient transportation System between Guangzhou and Hong Kong ensures tourists a more convenient way to visiting between these two cities. The through train between them only costs about 1 hour averaged. More than 10 trains daily served so you have many choices and more flexible sightseeing time in the tour. Besides Guangzhou, there are also some other destinations in Guangdong Province can be got from Hong Kong by train. (Update on November 14, 2014) 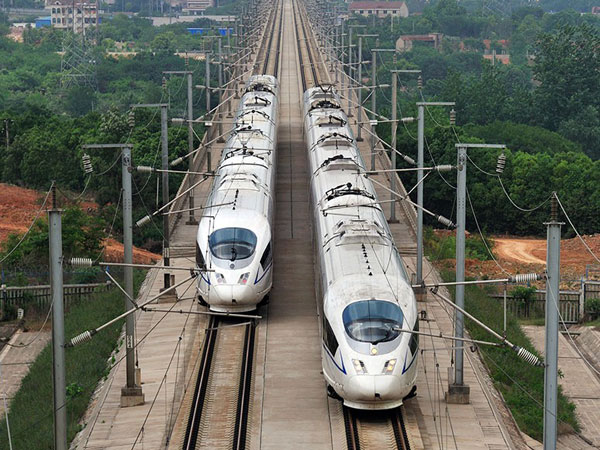 About the transit system: Kowloon-Canton Railway

The Kowloon–Canton Railway refers to a railway network in Hong Kong which is now combined with the MTR railway system, comprising rapid transit services, a light rail system and feeder bus routes within Hong Kong, and intercity passenger and freight train services to the rest of China. Since 2 December 2007, the network has been operated by the MTR Corporation Limited under a 50-year service concession, which is extendable. Ownership has continued to be held by its previous operator, the government-owned Kowloon–Canton Railway Corporation. In 2006, the local KCR passenger train network (i.e. intercity services excluded) recorded an annual ridership of 544 million.
Here we list some trains between Guangdong Province and Hong Kong for your reference

From Hong Kong to Guangzhou

From Guangzhou to Kong Kong

From Hong Kong to Cities in Guangdong Province

From Cities in Guangdong to Hong Kong