Fujian Province, with its capital Fuzhou, is on China's southeastern coast. It faces the island province of Taiwan across Taiwan Strait to the east. Neighboring provinces are Zhejiang to the north, Jiangxi to the west, and Guangdong to the south.

Fujian coastal landform mainly consists of peninsula and bays. In Mingjiang Estuary, there are great coastal plains, such as Fuzhou Plain, Xinghua Plain, Quanzhou Plain and Zhangzhou Plain. In the southeastern coastal zone, there is province area of cultivated land, and this area is also the most developed regions of the economy and culture in Fujian province.

History
Under the Han Dynasty, the territory of Fujian was under the Yang province (but in essence Fujian was outside of Chinese control), under Western Jin under Yang province, an organisation maintained under Sui.

Under Yuan, from 1278 to 1299, Fujian territory was split in Fuzhou and Quanzhou provinces, from 1299 Fujian territory was part of Jiangzhe. Under late Yuan, Fujian province was established in 1352; it was maintained under Ming, Qing, the Republic of China and the PRC.

Taiwan, which submitted to China in 1683, was annexed into Fujian province in 1689. It was separated from Fujian in 1885 when it was made a separate province.

Transport
Fujian boasts a well-developed transport network, making travel to and within the province very convenient. 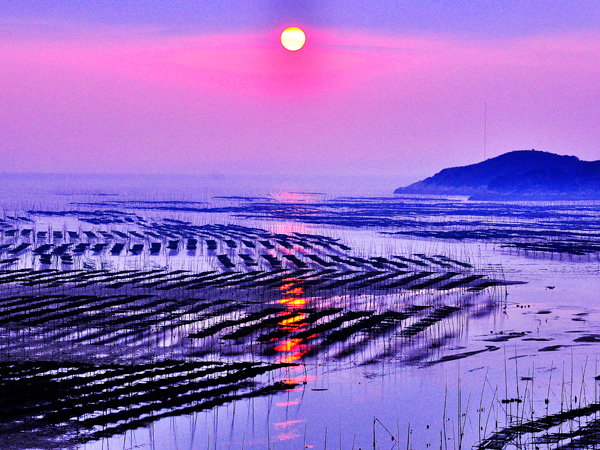