Dali is a city with long history. It is one of the birthplaces of the earliest Yunnan culture. 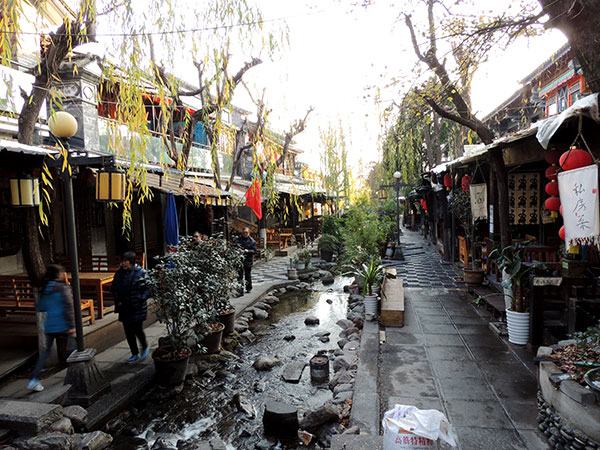 Early History
According to historical records, in the 4th century, the ancestors of Bai thrived here, with many tribes spread in Dali. They created a splendid Neolithic culture.
Qing and Han Dynasty
221BC, the Qin Dynasty began to develop the southwest China, and established administrative machineries in the Southwest region, began the rule of Dali.
During Han Dynasty, in 109 BC, Emperor Wu of Han Dynasty defeated Kunming’s tribes, and set Yeyu County at today’s Dali. He also opened the South Silk Road, and made Dali the hub on the road.
The Three Kingdoms Period
Three Kingdoms Period, Yunnan, Guizhou, and Sichuan were known as Nanzhong, belonged to Shu. Zhuge Liang pacified insurgency and rebuild Dali County.
Sui and Tang Dynasty
During Sui Dynasty, in 597 years, Kunming happened rebellion, Sui sent Shi Wangsui pacified it; In Tang Shizhen years, Tang Dynasty set Rongzhou Government, counties in Dali area were under its jurisdiction.
In 7th Century, nearing Erhai Lake, there were 6 tribes, called “Zhao”. Mengshe was located at the south of these Zhaos, and called Nanzhao. In 8th Century, the 6 Zhaos, in support of Tang Dynasty, established Nanzhao Regime. At the late Nanzhou, with internal disorder, the country fell apart and disappeared.
In 937, Kingdom of Dali was established by Duan Siping. The Kingdom last for over 300 year.
Yuan, Ming and Qing Dynasty
In 1253, Kublai Khan led his army south to capture Dali from the Qinghai-Tibet Plateau. The last king of Dali was captured. Dali Kingdom was subjugated.
In 1274, Yunnan province was established; in 1276, it was renamed as Yunnan Road and Yunnan officially became the name of a province.
In 1382, the Ming army attracted and broke Dali City, setting government. Qing Dynasty basically followed the prescribed system.
Modern and Contemporary
After the founding of New China, on February 1, 1950, the Dali Commissioner's Office was established.
On November 22, 1956, Dali Bai Autonomous Prefecture was established, Xiguan was set as the capital of the Autonomous Prefecture.