How to Get to the City Center from Chongqing Jiangbei Airport 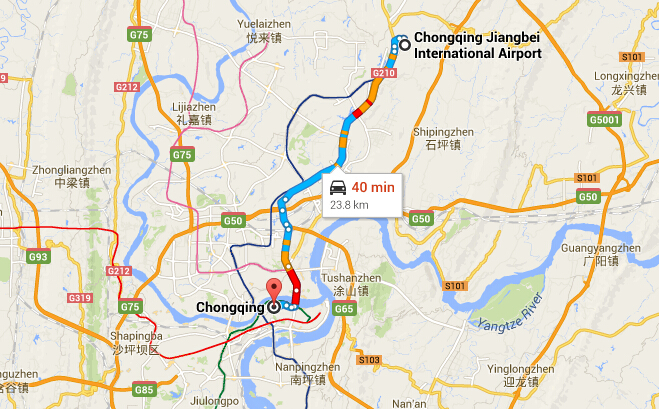 Where is Chongqing Jiangbei International Airport?

Chongqing Jiangbei International Airport (重庆江北国际机场) is located in the Yubei District of Chongqing, China. It is about 20 to 30 kilometers away from the city center of Chongqing. The airport's ground transportation is developing very fast. Four highways around the airport are under construction. There will be a 300,000sqm transportation transfer centre in T3A, which will include inter-city rail, light rail and subway. There are a couple of ways for you to get to the downtown from Chongqing Jiangbei Airport.

How to get to city center from Chongqing Jiangbei International Airport?

Airport shuttle buses are easily accessible at Terminal 2. They leave for the city every half an hour, with stops at Jiazhou Bus Station, Waimao Dasha (International Commerce Mansion) and final stop, Shangqing Si. The reverse route is slightly different, with beginning stop at Shangqing Si, but only one intermediate stop at Yutong Hotel and the buses finally stop at Terminal 2. A one-way ticket costs CNY15 (approximately 2.4 US dollars). There is a bus transition center between Hall A and Hall B of Terminal 2, and it offers bus services to nearby cities in Sichuan and Guizhou Province.

Chongqing Metro Line 3 runs from Terminal 2B via city center to its final stop, Yudong Station, covering a distance of 60 kilometers in total. It takes around 50 minutes to get to the city center and the cost is around 7 yuan. it serves from 6:30 am to 20:30 pm.

Car rental service is also available at the airport. It is recommended to rent a car with a driver and an English-speaking tour guide. Therefore, you will be met in the arrival hall of the airport and be transferred to the destination. And you do not have to worry about the language problem.

Taxis can easily be found in front of Arrival Halls in both Terminal 1 and 2. The flat rate fare of most taxis in Chongqing is about CNY10 (USD1.6) for the first 3 kilometers (about 1.9 miles) and then the distance surcharge is about CNY 2.1 per kilometers. It usually costs passengers at least CNY70 (USD12) from the airport to downtown area in the day time, but more than CNY100 (USD16) at night. 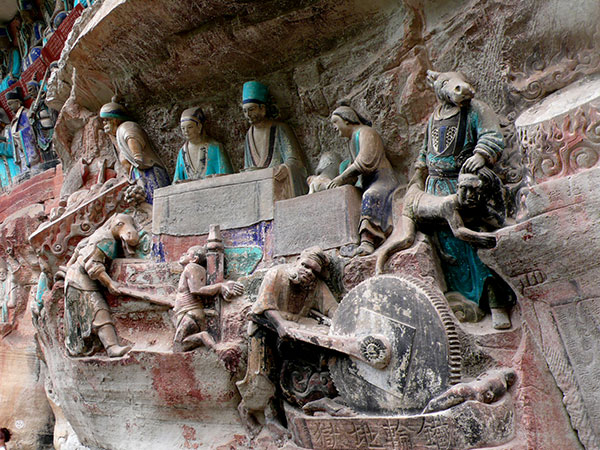