Guo Qiao Mi Xian (Bridge-crossing Noodle) is a very strange name for this food, but a very popular food in Yunnan area as a representative of Yunnan cuisine.

It is formed with three parts: a bowl of chicken soup, a sliced non-staple food in addition to a dish of thin bean curd sheets and a dish of vegetables, then the rice noodles. With the seasoning of pepper powder, gourmet powder, fried chili, chopped onion, the soup appears colorful with red, green, yellow and white and its taste is unmatched. 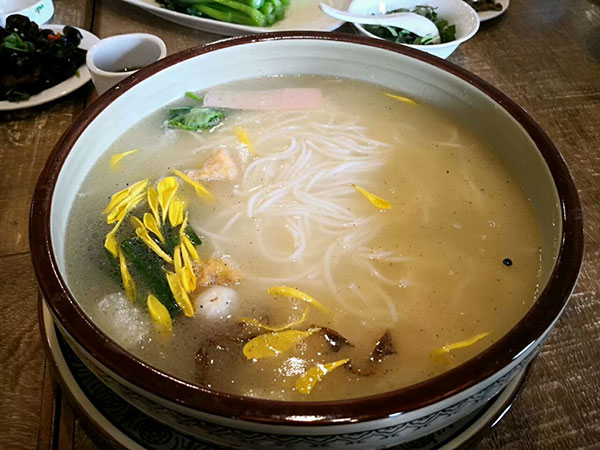 History
It is hard to trace back the origin of Guo Qiao Mi Xian (Bridge-crossing Noodle). According to some materials about this food, it might be originated from a bridge in southern Yunnan in Mengzi, where there is a rice vermicelli tradition at least 100 years old.
And there is a story about Bridge-crossing Noodle. It is said that one day, a scholar was studying hard for his imperial exams. His wife was making a meal for him. She cooked many nutritious foods such as chicken soup, noodles. In order to make him eat conveniently, she combined all them just before eating, and them they became a nutritious bowl of steaming noodles. That is the origin of today’s Guo Qiao Mi Xian.
Why it calls "Guo Qiao Mi Xian"

To the strange name of this food, there are many claims about the origin.
A claim tells us that when a scholar asked his wife to buy a noodlefrom the other side of a bridge. So when the husband asked his wife the name of the novel dish, she replied Guo qiao mi xian or bridge noodle.

Another story about the name origin is interesting. It was also about a scholar told his wife to buy a bowl of noodle for him. When the wife crossed the bridge to the husband, carrying the meal in a basket, she tripped and accidentally poured hot broth into the bowl of raw meat. When she opened the basket to have a look, the meat was found to have been boiled, but also tasted delicious. Since the dish originated from a trip on the bridge, the name of the dish accordingly made reference to the bridge.
How to Eat
1. This classic Yunnan dish should be prepared by the dinner at the table, providing some great culinary theater.
2. A deep soup bowl that full of piping hot stock is ready for each dinner
3. With other ingredients being put on the table, dinner firstly should add the meat to the soup bowl, followed by the raw eggs, mushrooms and noodles. The heat of the soup will cook everything through and the soup will become infused with all the flavors.
4. Lastly add the peanuts, spring onion and coriander and some chili and soy sauce as you like. Get slurping…
Famous Guo Qiao Mi Xian (Bridge-crossing Noodle) Restaurants in Kunming
• Jianxin Garden
Some people say if you want to konw whether someone is local Kunming people, you should just check if he had the rice noodle taste of Jianxin Garden. Jianxin Garden have opened for one hundred years, there are dozens of people waiting in line every day for eating "rice noodle". Especially the restaurant in Baoshan street, someone jokingly say, whether men or women, old and young, regardless of the image carrying large bowl intently squatting in front of the restaurant to eat rice noodle has become a special scene in the street.
Because the Jianxin Garden belongs to Kunming catering services co., LTD, its product, almost all condenses the generation chefs work in Kunming, as a Bite and Sup Kingdom which has more than 70 kinds of cooked products, what’s prestigious in Jianxin Garden is still the traditional flavor Guo Qiao Mi Xian (Bridge-crossing Noodles), no cooking with heavy oil and heavy flavor that is meet the taste of the old people in Kunming. 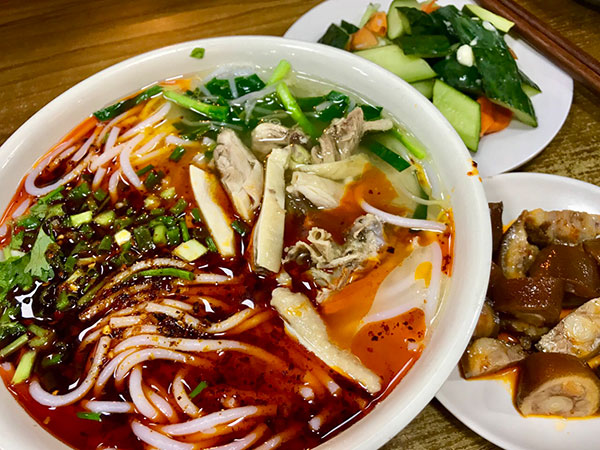 • The Brothers Jiang Qiaoxiang Garden
The Brothers Jiang  Qiaoxiang Garden has many branches scattered in every corner of the whole country. Jiang Brothers Qiaoxiang Garden has its own poultry processing, rice noodle products processing, packaging workshop, raw material warehouse, etc. and unique modern logistics distribution center in the industry. Recipe of decoction of Jiang Brothers Qiaoxiang Garden do not add any artificial spices, it uses laying hens, chicken’s bone to boil soup over 6 hours until it becomes a milky white soup for decades. Every raw material has under check of a standard procurement management system and the special inspection agencies.
Qiaoxiang Garden developed many dishes with Yunnan local characteristics, such as "notoginseng steam-pot chicken", "Chinese caterpillar fungus steamer chicken", and so on, which are widely used Yunnan unique mountain wild vegetables, wild fungus, and these dishes also provide a wide variety of choices for consumers. 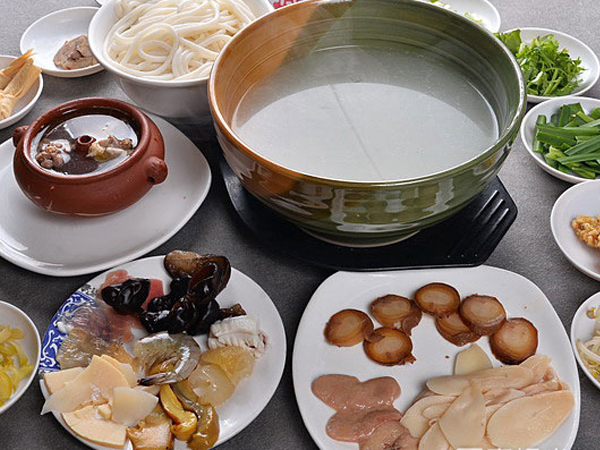 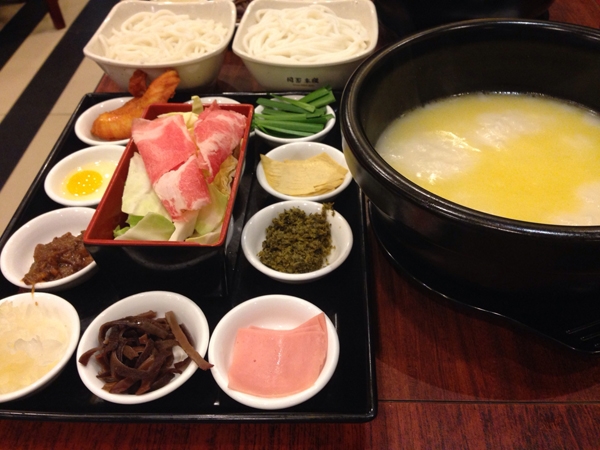 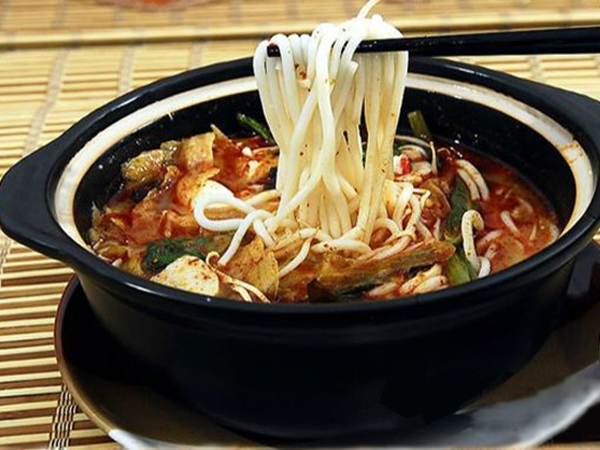