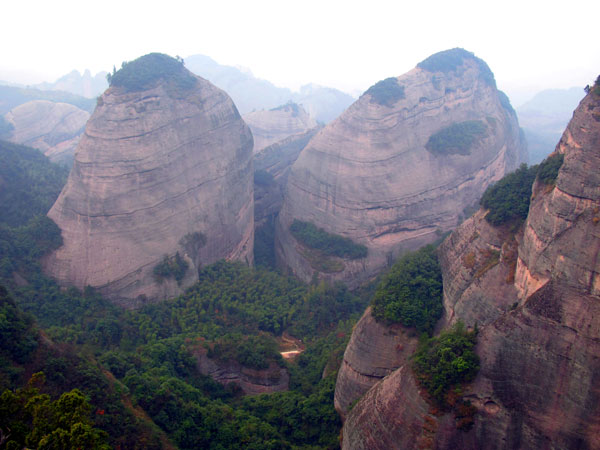 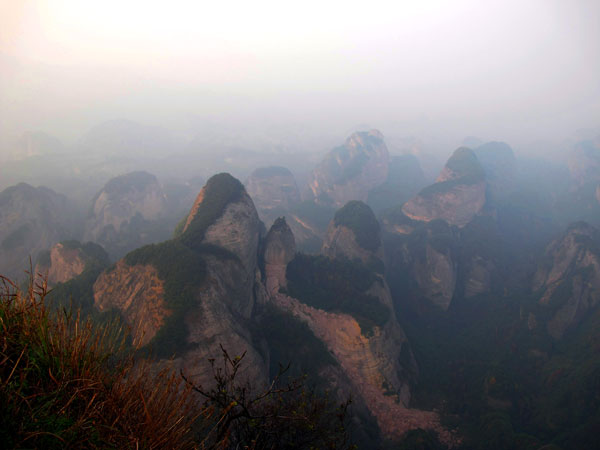 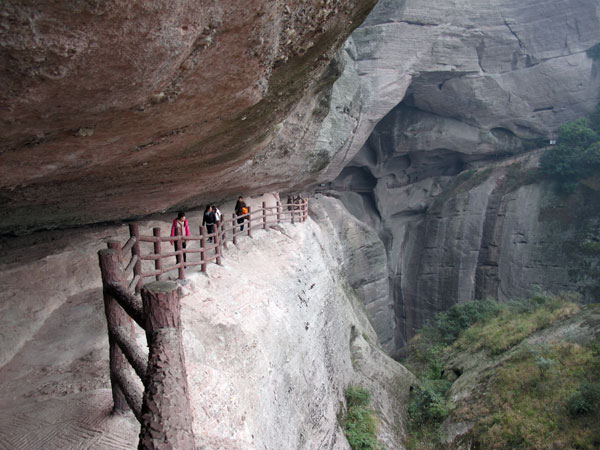 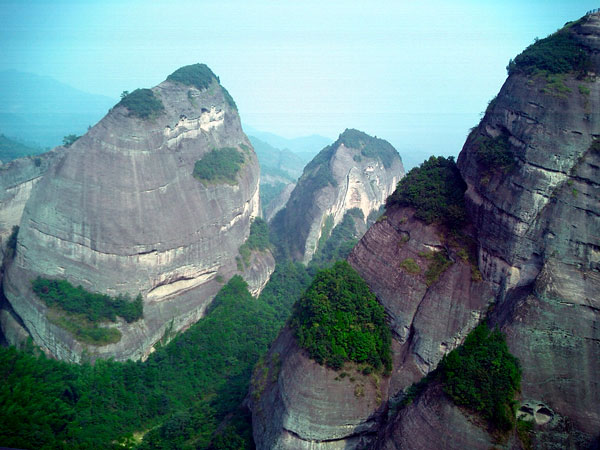 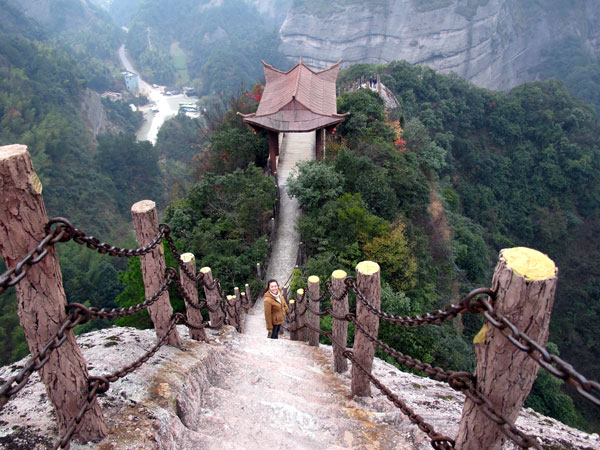 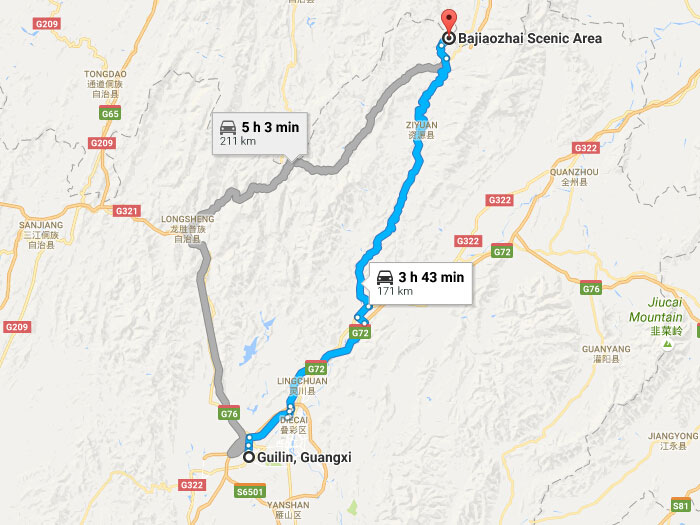 One of the most beautiful Danxia landforms in China


Ziyuan Bajiaozhai, also named Yuntai Mountain and Lang Mountain in Hunan province, is located in Ziyuan County at the southwest part of Guilin City, the border between Hunan and Guangxi Province. It is about 98 km from Guilin downtown, covering an area of 125 hectares. It belongs to humid subtropical monsoon climate zone. As the terrain here is high and complex, it also has characters of mountain climate.

Bajiaozhai is a typical Danxia landform. It is located at strips of red bed basin consisted by conglomerate and sandstone of Cretaceous. The basin extending from Ziyuan County in Guangxi Province to Xinning County in Hunan Province. 140 million years ago, in Early Cretaceous there had already sedimented the 2,000 meters thick layer of calcareous purple conglomerate, conglomerate, red mudstone layers. The northeast part of the scenic area, the red layer is as thick as 1783.64 m, and 2189.07 m at the south part. The elevation of main peak in Bajiaozhai is 814 meters, with relative height of 500 meters.

【Danxia Peaks Forest】
Bodies of Peaks seems like a forest and relatively independent. The summit of the peaks are of the height from 450 m  to 818 m. There are "U" type or"V" type valleys between the peaks. They are in various shapes: square, stone wall, stone pillar, cone, pagoda and so on.
【Danxia Isolated Peaks】
Danxia Isolated Peaks is the further development of Danxia Peak Forest. A isolate peak is often surrounded by relatively flat valleys or low peaks and mountain in low density. Danxia Isolated Peaks generally looks like stone walls, stone pillar and rock fort.
【Danxia Mountains】
located out of the area of Danxia peaks, Danxia isolated peaks, the Danxia mountains are gentle stretching. They are mostly covers by weathered layer. vegetation grows on the surface. The scenery is just like a Zhuang brocade around the park.
【Microscopic Danxia Landform】
Mainly located in Danxia Peaks Forest and isolate peaks area, the formation of microscopic Danxia landforms calculating: stone village, stone lane, stone roof beam, stone groove, stone recess, narrow gorge, stone canyon and erosion ornamentation patterns. Collapse also caused micro-topography such as: stone walls, rock forts, stones, boulders, collapsed caves, natural bridges. Weathering and erosion formation forms the micro-topography such as: peak cavity, frontal  shape cave, flat cave and so on.
【Fog Scene】
In the park, tourists can often see a variety of specific astronomical landscape. One of the most worth mentioning is the fog scene in Bajiaozhai. Walking in Bajiaozhai in morning, fog is so close to toes, extending to the distant horizon.

【Bojiaozhai Tiankong Temple】
Built during Song and Yuan Dynasty, the Tiankong Temple is a famous scenic spot. Each year in Lunar February 19, June 19 and September 19 , there will hold temple fairs.
【Langtian Yao Village】
Located at the midway of Zijiang Drafting Scenic Area. You can have a taste of the snacks of Yao people, and watch folk song and dance here.
【Baihui Valley Stone Carving】
There are inscriptions on the cliffs written by contemporary calligraphy masters.

Guangxi Ziyuan National Forest Park is a park combiing forest resources and Danxia landform. Among the forest parks in country, it has five characters -"large, rich in variety, long, dense, thick". And Bajiaozhai is the main mountain in the park.

The park based on the typical Danxia landform, The Zijiang Drafting Area and elegance Bajiaozhai Danxia Landform Sightseeing Area is the main tourist area are  the main parts of the park. The park is reputed by tourism experts as "the Soul of the World Danxia", "wonders of the World Danxia","High-grade National Park ". It is also the first batch of eight key scenic spots in Guangxi Province.