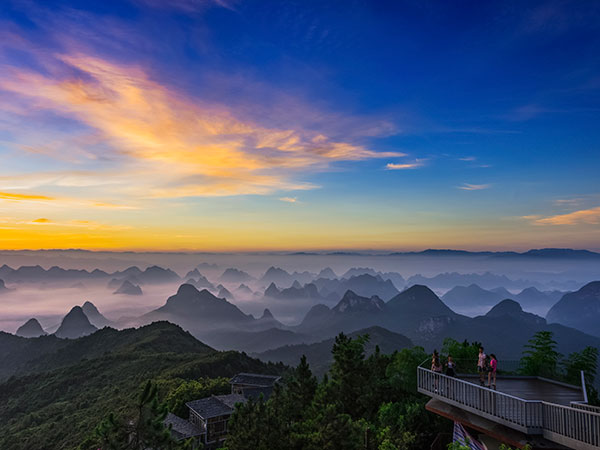 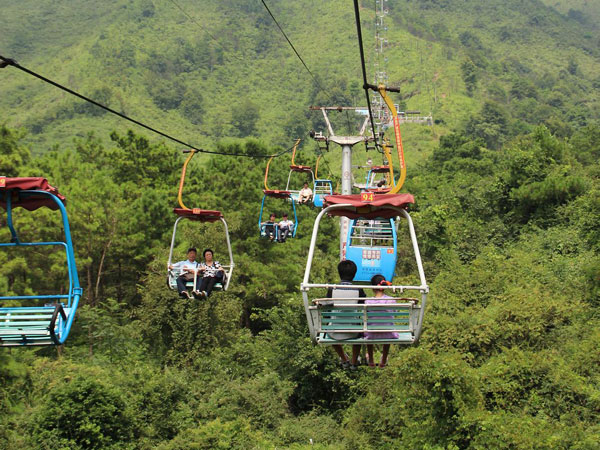 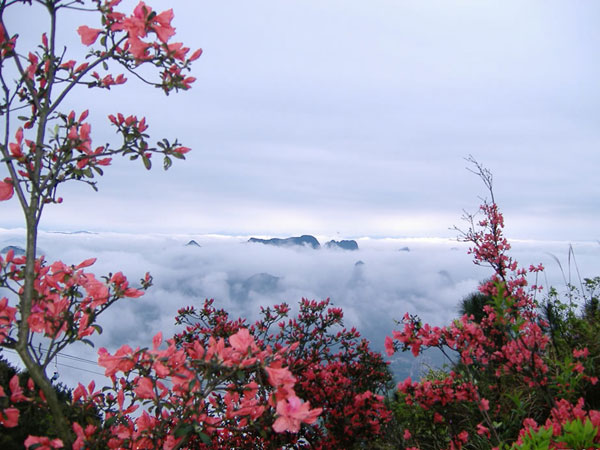 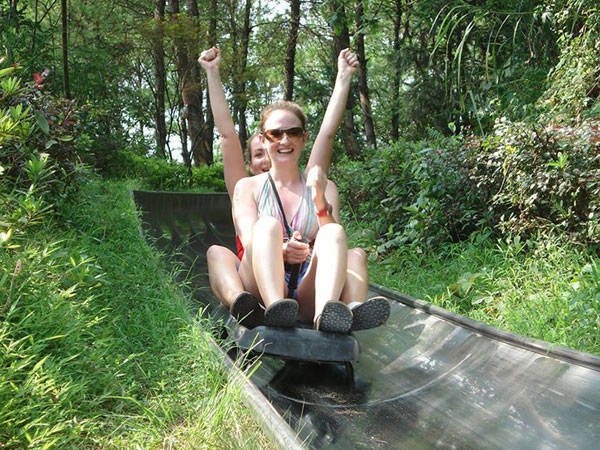 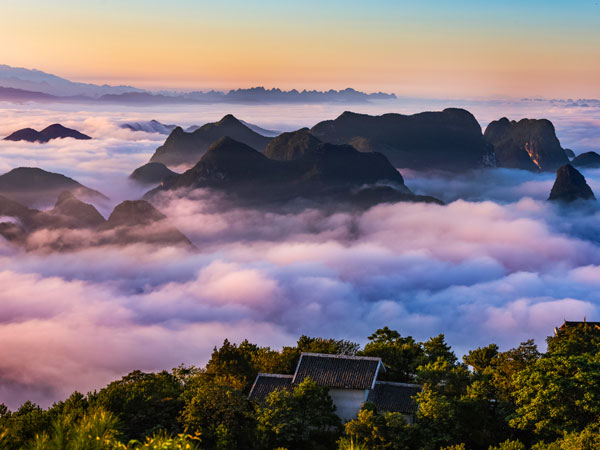 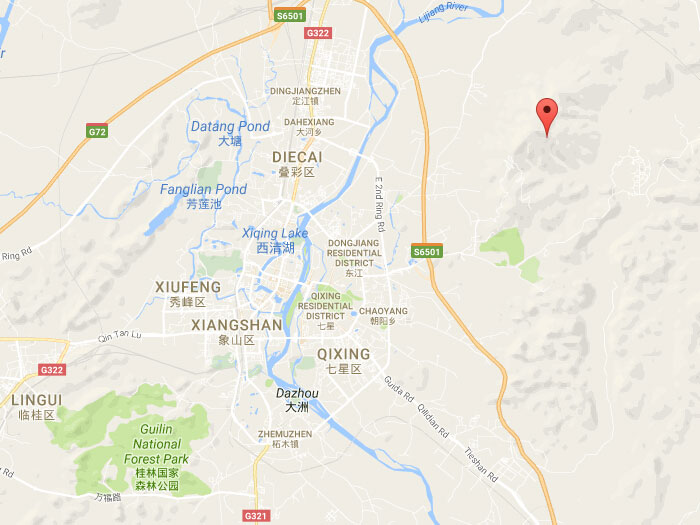 The highest mountain near Guilin downtown

Yao Mountain lies in the east of Guilin, 12 km from the downtown. The highest peak is 903.3 meters high and is the highest hill in Guilin.

It received its name from a Yao emperor temple, which was built the top of the mountain in the Tang Dynasty. Each season offers a different view. In spring azalea flowers are everywhere, in summer the bamboo compete with each other for greenness and in autumn the red maples with falling leaves make the hill appear as though it's a fire. The winter's snow on mountains is as transparent as pure crystal.

Yao Mountain Cable Car
The cable car was imported from Doppelmatry Cable Car Co. Austria. It is equipped with an alarm system, a TV monitor protection system. The cable is 1416.18m long from the bottom to the top. You will have a panoramic view about the whole city.

According to history records, Guilin Yao Mountain is an island in the Guilin ancient sea, is also the only heaped-up mountains of Guilin, the highest and the largest.

Yao Mountain is well-known for changeable and colorful four seasons’ landscape, which was listed as one of the best places to visit among Guilin landscapes. Yao Mountain is also a treasured place where has the most completed Ming dynasty seignior tombs of Jingjiang King Tomb in large scale.

Four Seasons Scenery
Spring, the azalea will be dressed all over the mountain and make it very beautiful; Summer, the full mountain is pine and bamboo, everywhere is green waves; In autumn, everywhere is red maple and golden chrysanthemum; in winter, sometimes there will be snowy. Standing in the Yao Mountain looked around, piedmont paddy field is like a mirror, cottages are like picture, green mountain and flowing water, Guilin scenery panoramic view can be seen from here. You can see the huge natural sleeping Buddha at the top of the mountain, you can sip holy stream of spring water, you can also take cable car to slide downhill.

How to Get to Yao Mountain

If you take bus in downtown, you can take bus No.10 then transfer to bus No.24 (or take bus No.24 directly) and get off at the previous stop of GUAT (Guilin University of Aerospace Technology), and then walk to Yao Mountain Scenic Spot.

► Tips: There is no entrance fee, you can chose to climb up or take cable car. Walking to the top generally takes 1 hour and more, depends on speed and physical power of different people. The mountain slope is steep, pay attention to your safety.