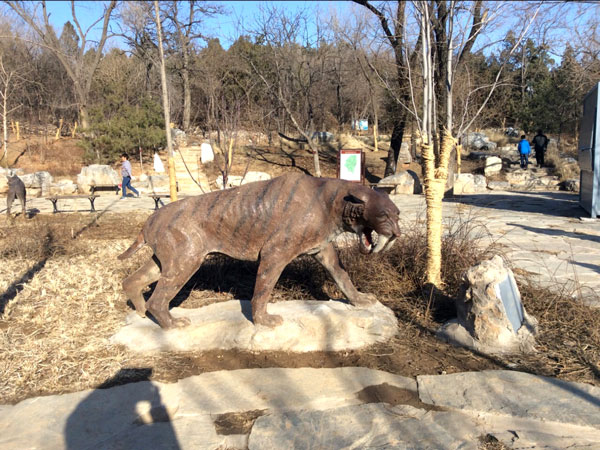 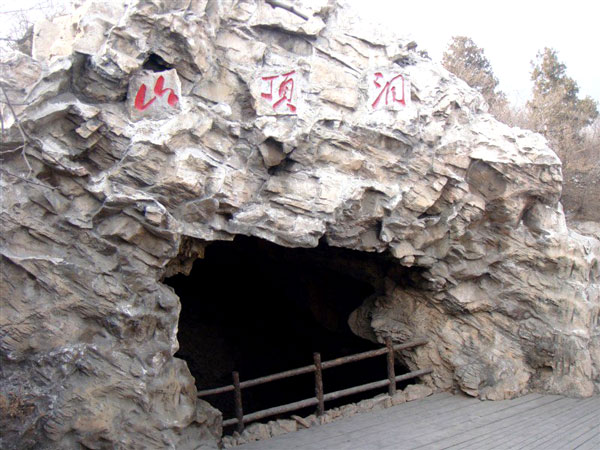 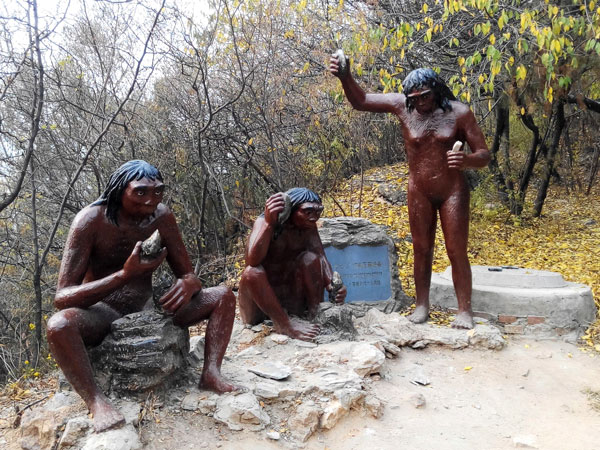 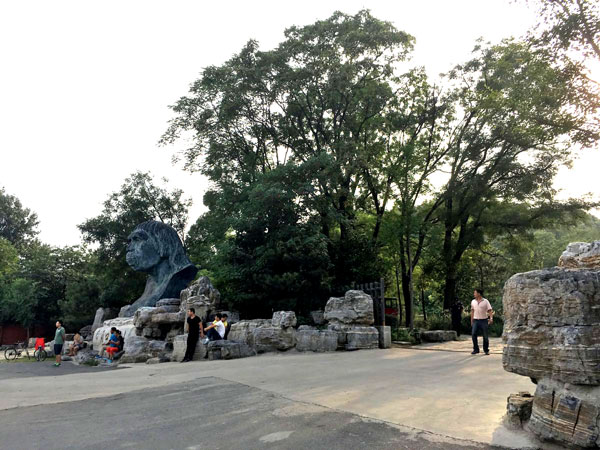 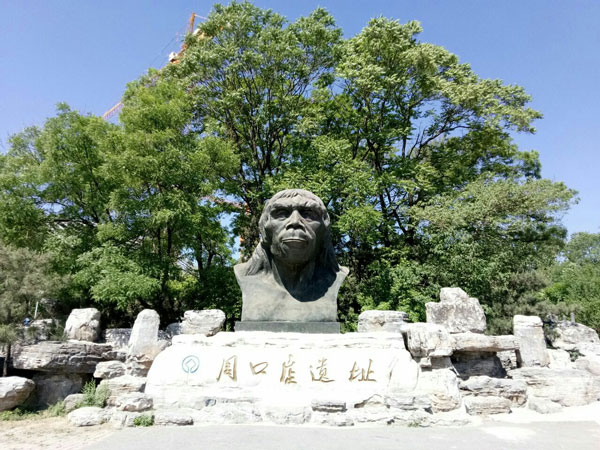 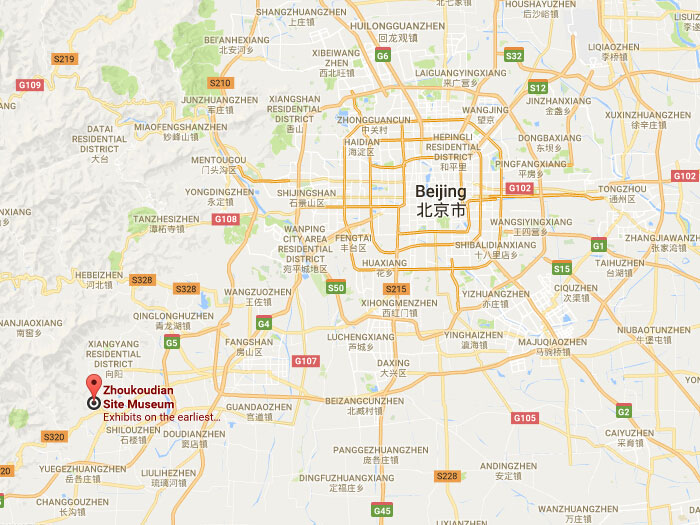 
Zhoukoudian is a small village situated about 50 km southwest of Beijing. Surround by a chain of mountains from the northwest and rolling hills from the northeast, the village opens to the vast Huabei plains. One half kilometer north, one finds a narrow pass leading to a bowl. Baerhe stream wriggles out of the pass and flows down south. Then it passes to the west of Zhoukoudian and finally drains into Liulihe about 10 km south of the village. The Peking Man Site is just on the west side of Zhoukoudian Village.
In February 1918, Johann Gunnar Anderson had known there were some fossils at what was called Chicken-bone Hill near Zhoukoudian. He was serving as an adviser and started to make a survey at the hill where a lot of rodent fossil was collected. The rodent fossil was taken as chicken bones by local people and the Chicken-bone Hill was so named. The latter is nominated later as Locality 6 of the Peking Man Site. This discovery of the locality is not so important, but the survey led to a series of investigations in the region.
In 1921, Anderson and Otto Stansky made another survey at Zhoukoudian and local people informed them that there were more fossils on Dragon Bone Hill. They started and found some animal fossils. The exploration brought along the discovery of two human-like teeth. One of them was an upper molar. Another one was a not excavated lower premolar. Later Anderson announced the discovery of two teeth of early man from Zhoukoudian. The news astonished the scientific world had not been any discovery of any such ancient human fossil in any other country in Asia.
Dr. Davidson Black, a Canadian anthropologist and Dean of the Anatomy Department of Peiping Union Medical College, thoroughly studied the upper molar found in 1921. He nominated the specimen under Hominid, a new genus, and a new species. An American geologist - William, gave it a popular name - "Peking Man". Many people, however, still call it Peking Man.
In 1928, Dr C. C. Young, a famous Chinese paleontologist, and Pei Wenzhong, a young Chinese geologist joined the excavation. Two lower jaws of Peking man were unearthed in this year. To make the excavation more successful, Dr Weng and Dr Black established "Cenozoic Research Laboratory" in 1929.
Within the research framework of the laboratory, Father Pierre and C. C. Young studied the fossil deposits at Zhoukoudian. And the most important discovery of all was in a branching cave where a fissure crosses the main cave that Pei found the first and almost complete skull cap of Peking man in the red sandy clay. The two human-like teeth found before were not enough to convince everyone that they belong to Peking man.
The site is not only an exceptional reminder of the human societies of the Asian continent hundreds and thousands of years ago, but also shows that the process of humanization can only be fully apprehended on a world wide scale with the help of many such examples. The site is therefore not only of China, but also of the world as a whole.