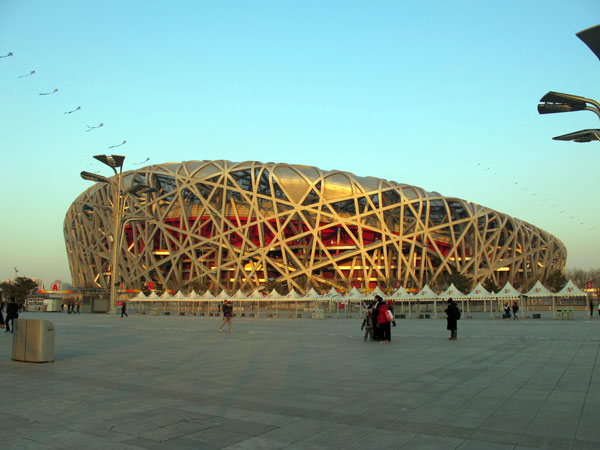 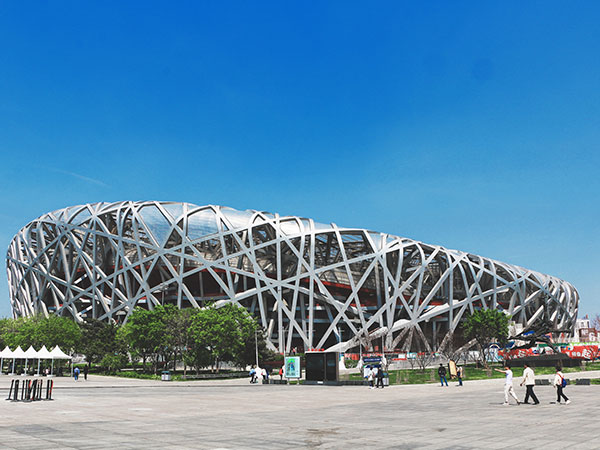 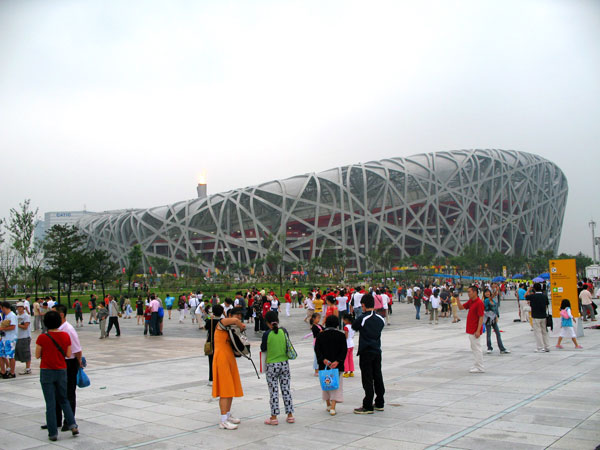 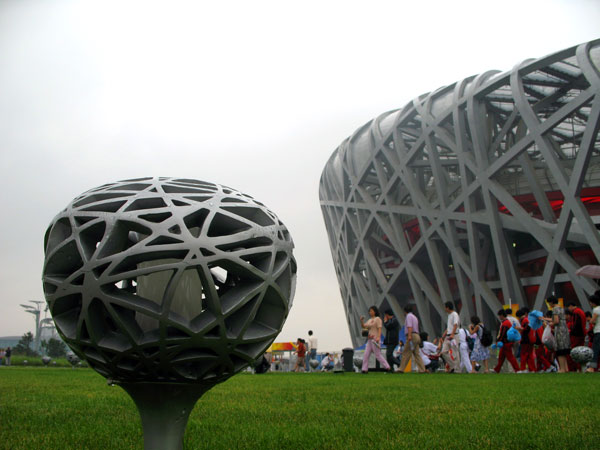 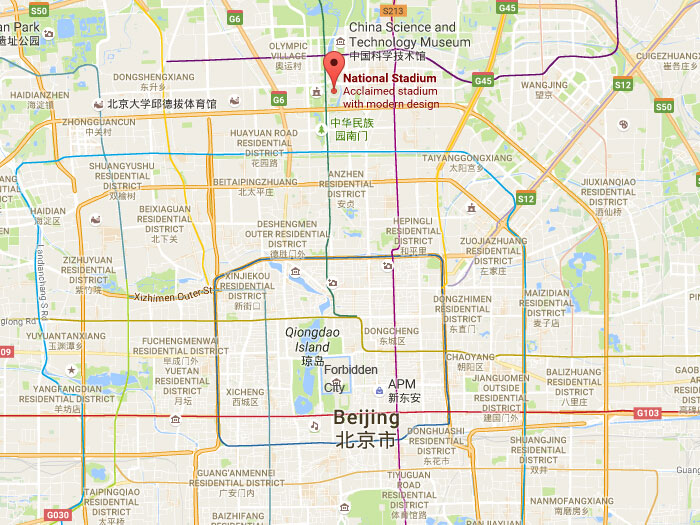 The spectacular Bird's Nest stadium in Beijing, hailed as the finest arena in the world and the centre-piece of the most expensive Olympics in history, is full of hidden symbolism.

In Chinese mythology, the sun is represented by a circle and the moon by a square, reflected by the shape of the bird's nest and the Water Cube aquatic centre opposite, reinforced when the venues are lit at night, red for the Bird's Nest and blue for the Water Cube. The forms also echo the Chinese symbols for male and female, and are built either side of the north-south axis road which runs in a perfect straight line for three miles through Beijing, centered on the Forbidden City.

Located in the Olympic Green, the US$423 million stadium is the world's largest steel structure. The design was awarded to a submission from the Swiss architecture firm Herzog & de Meuron in April 2003. The design, which was inspired by a study of Chinese ceramics, implemented steel beams in order to hide supports for the retractable roof; giving the stadium the appearance of a "Bird's nest".

The eastern and western stands of Beijing National Stadium are higher than northern and southern stands, in order to improve sightlines. A 24-hour per day rainwater collector is located near the stadium; after water is purified, it is used throughout and around the stadium. Pipes placed under the playing surface gather heat in the winter to warm the stadium and coldness in the summer to cool the stadium.

The stadium's design originally called for a capacity of 100,000 people; however 9,000 were removed during a simplification of the design. The new total of 91,000 was shaved further when 11,000 temporary seats were removed after the 2008 Olympics; bringing the stadium's current capacity to 80,000. 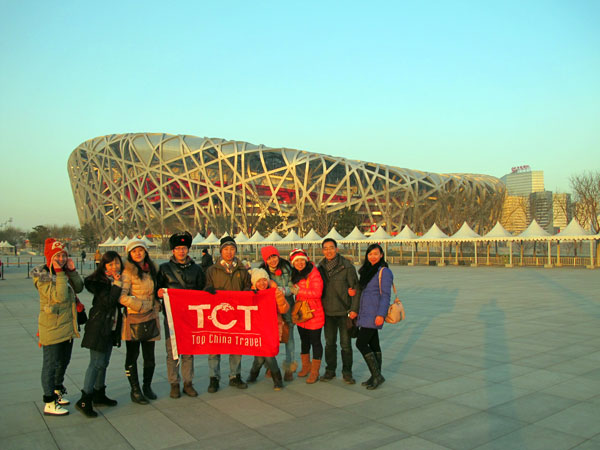 Beijing National Stadium hosted the spectacular Opening and Closing Ceremonies, athletic events, and football final of the 2008 Summer Olympics, from 8 August to 24 August 2008. The stadium also hosted the Opening and Closing ceremonies and athletic events of the 2008 Summer Paralympics from 6 September to 17 September 2008. Though designed for track & field events of the Olympics, the stadium will continue to host sporting events, such as football, afterwards. A shopping mall and a hotel, with rooms overlooking the field, are planned to help increase use after the Olympics. It will become the most important public space in Beijing.

Architectural critics have said the National Stadium, to use its official name, sets standards of construction which may not be surpassed for decades. It is designed to last for 100 years and withstand a force eight magnitude earthquake.