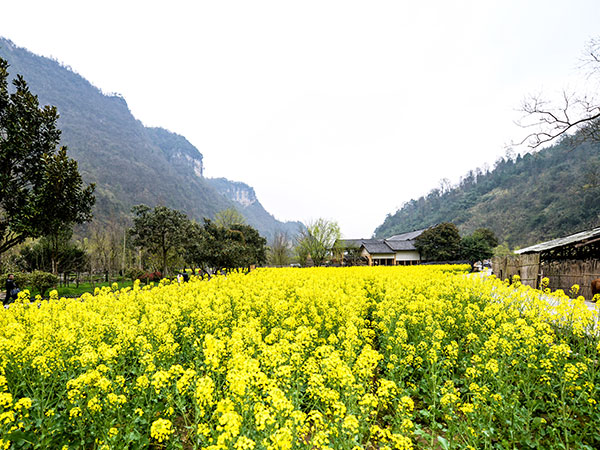 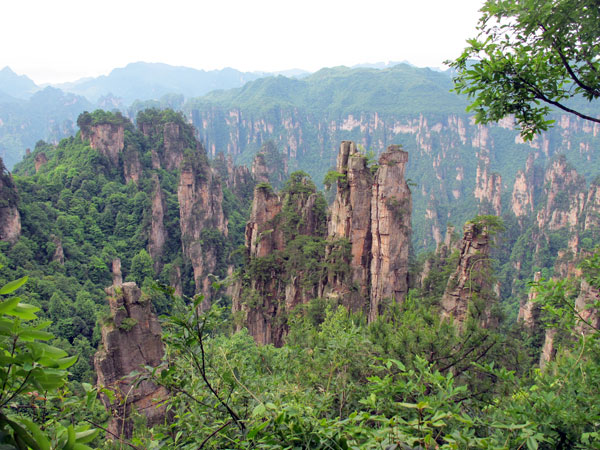 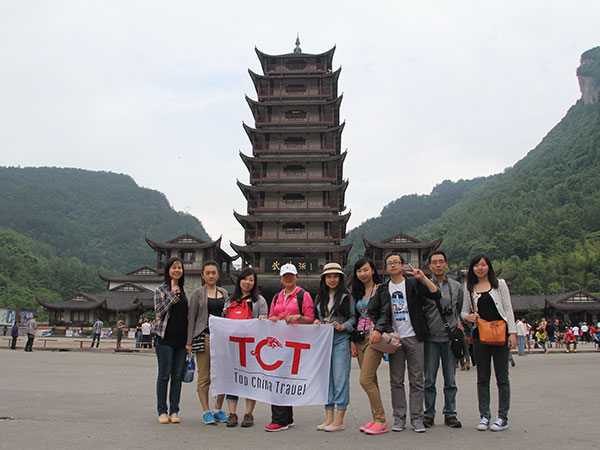 
Wulingyuan Scenic Area (also known as Wulingyuan National Park) is located in northwest of Hunan Province in central China. It consists of the Zhangjiajie Forest Park, Suoxi Valley Nature Reserve in Cili County and Tianmen Mountain National Forest Park in Sangzhi County, with a total area of about 500 square kilometers. Yangjiajie is a recently discovered a new area. Hundreds of millions of years ago, Wulingyuan is a vast ocean. With constantly change of nature, the geomorphology of Wulingyuan has changed into a wonderful and fantastic scenic spot. It has got a lot of honorable reputation, such as the world Natural Heritage Site, world geological parks, national 5A-class tourist area and National Civilized Scenic Area. It is 36 kilometers away from Zhangjiajie downtown and famous for lofty peaks, fantastic rocks, valleys, gurgling springs and caves.

Zhangjiajie National Forest Park: it is located in the southern n part of the Wulingyuan Scenic Zoon. The several thousand mountain peaks of quartz stand rise abruptly from the ground. Streams flow through the Jinbian (Gold Whip) Stream Grand Canyon which is flanked by sheer cliffs. The Sightseeing Platform at Huangshi Village is shrouded in mist. Wild animals play freely in the primeval forests. The scenic zone is like a fairy land with the beaury of wild nature.

Tianzi Mountain Nature Reserve: Located in the northwestern part of Wulingyuan Scenic Zone, it boasts rocky peaks in grotesque shapes and shrouded in drifting mist. There are many scenic attractions, such as the lofty Imperial Writing Brush Peak, Fairy Maid Scattering Flowers, and the Mid-Air Farmers’ Cottage.

Yangjiajie is located in the southwest Zhangjiajie, next to the Tianzi Mountain. Few people knew Yuanjiajie ten years ago. But world knows Yuanjiajie at present. Thanks to its splendid natural scenery. It is a sacred scene that enjoyed the same fames of Zhangjiajie National Forest Park, Suoxi Valley and Tianzi Mountain.