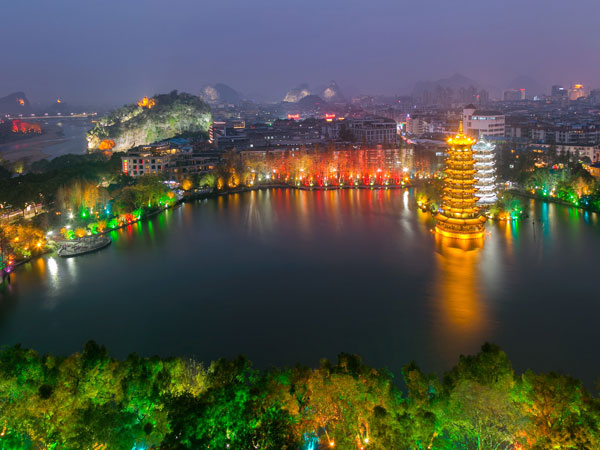 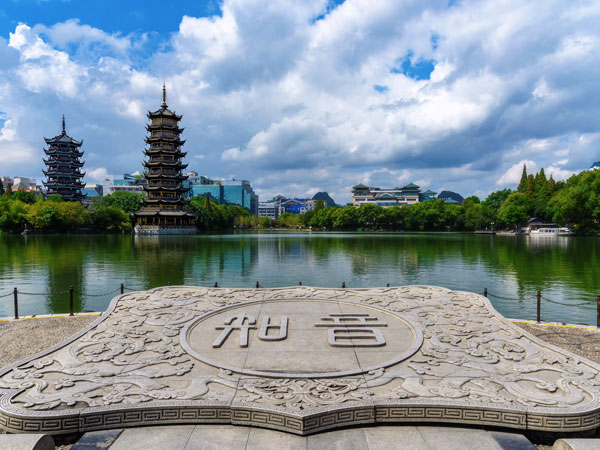 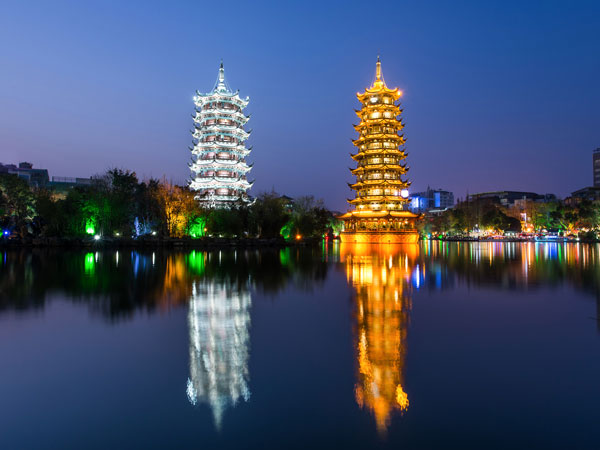 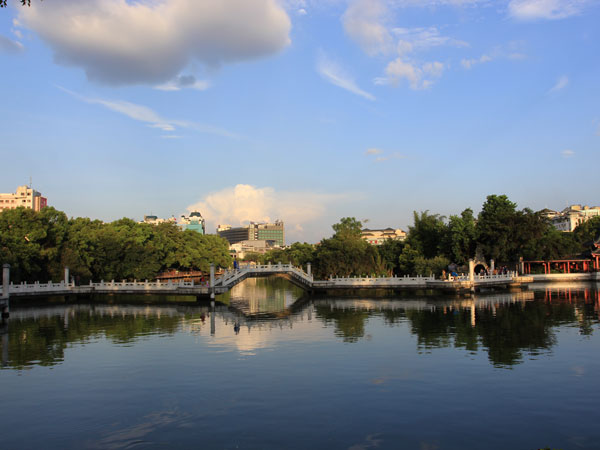 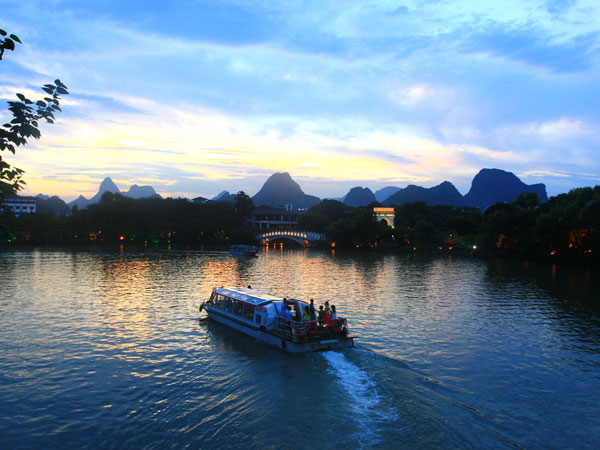 Name card of Guilin City; The most beautiful ring landscape of Guilin, especially at night


The famous Guilin municipal Two Rivers and Four Lakes system is a project integrating all the highlights of Guilin scenery. Formed by two river (Li River and Peach Blossom River) and four lakes including Fir Lake (Shahu), Banyan Lake (Ronghu), Guihu Lake (Osmanthus Lake) and the newly dug Wood Dragon Lake (Mulong Lake), this project is the most largest scale one in the history of Guilin. And because of this municipal system, Guilin has been developed the truly gardening city in the wolrd.
The project of water system reconstruction was launched in 1998 and completed in 2002, forming a round-the-city waterway that linking the four lakes Guihu Lake, Ronghu Lake, Shanhu Lake, Mulong Lake and the two rivers Li River, Taohua River (Peach Blossom River) together, which enables Guilin to be a scenic city of park.. Though located in downtown, the lake areas are beautiful and quiet city gardens.

【Li River】 The 83-km-long waterway from Guilin to Yangshuo is the masterpiece of Li River, decorated with rolling hills, steep cliffs, fantastic caves, leisurely boats and lined bamboos which is just like enjoying a melodious symphony.
【Peach Blossom River】This is a river going through the western parts of town. Beautiful and relaxing area. As the name indicates, here you can see the peach blossom in spring our the red leaves in autumn.

【Ronghu Lake (Banyan Lake) and Shahu Lake (Fir Lake)】 Banyan Lake and Fir Lake are located in the center of Guilin, and Banyan Lake is west and Fir Lake is east with the Yang Bridge as the boundary. The Banyan Lake surface is so smooth that it looks like a mirror shining the ancient city. It charms visitors with its calm character in the noisy environment of the downtown. To the north of the lake is ancient banyans and Banyan Shadow pavilion where it is said that the reduced Song Dynasty poet Huang Ting Jian had his boat tied here. The ancient South Gate was established in Tang Dynasty. Fir Lake is neighboring Li River in the east and is depending on Elephant Hill in the south. There is a group of mushrooming pavilions with clear water reflection. Many cottages were built around the two lakes by many celebrities since the Ming and Qing dynasties. Nowadays, around the two lakes are many structures including hotels, stores, theaters, library and other tourist buildings. Thus the hills and waters form the best attraction for tourists.
【Guihu Lake (Osmanthus Lake) and Mulong Lake (Wood Dragon Lake)】 Guihu Lake is located in Xiufeng District, occupies an area of 16.6 hectares. It is an important component of the Guilin "Liangjiang Sihu" project. Trees along the banks and the colorful lights which will open in night make this lake more fantastic than the other three lake. Mulong lake is the newest one among the four lakes. Built as a theme park, the style of this lake emphasizes on the Song Dynasty style. Ancient wall and minority factors are the highlights of this lake.