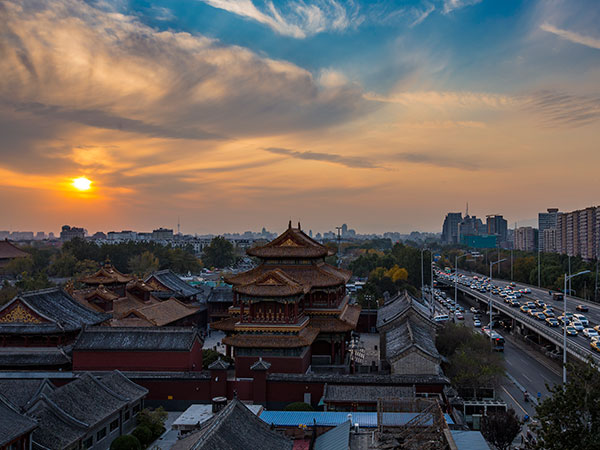 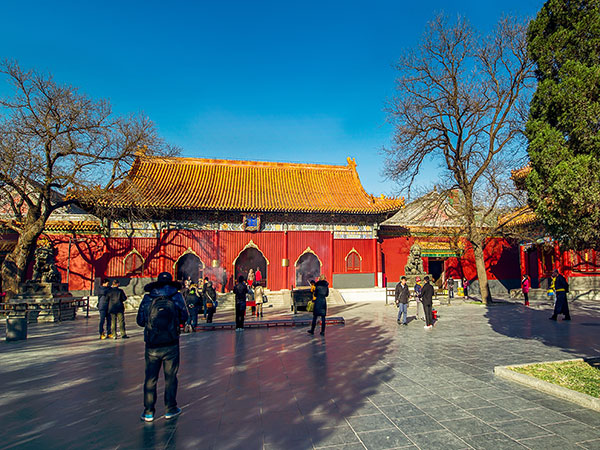 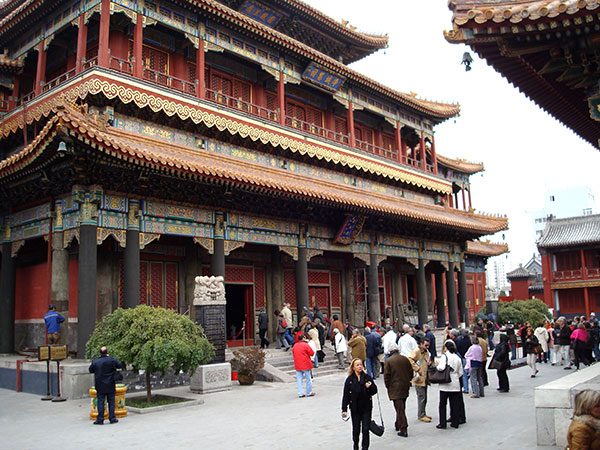 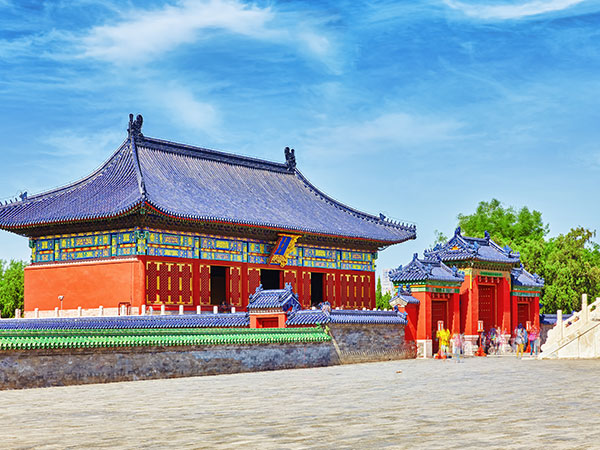 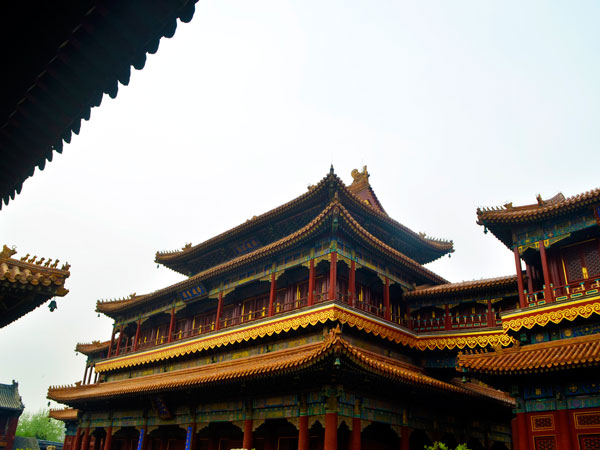 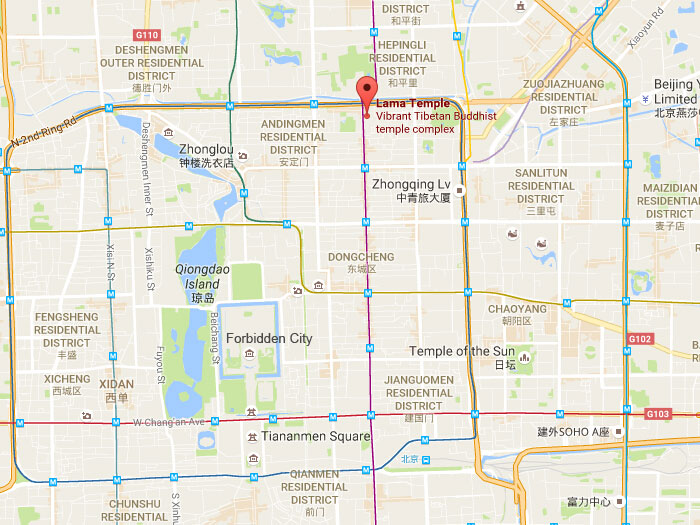 
Located in the northeastern part of Beijing, Yonghe Palace is a temple and monastery of the Geluk School of Tibetan Buddhism. The building and the artworks of the temple combine Han Chinese and Tibetan styles.

Yonghe Palace has a history of more than 300 hundred years. Building on the Yonghe Palace started in 1694 during the Qing Dynasty. It originally served as an official residence for court eunuchs. It was then converted into the court of the Prince Yong (Yin Zhen), a son of the Kangxi Emperor and himself the future Yongzheng Emperor. After Yongzheng's ascension to the throne in 1722, half of the building was converted into a lamasery, a monastery for monks of Tibetan Buddhism. The other half remained an imperial palace.

After Yongzheng's death in 1735, his coffin was placed in the temple. The Qianlong Emperor, Yongzheng's successor, gave the temple imperial status signified by having its turquoise tiles replaced with yellow tiles which were reserved for the emperor. Subsequently, the monastery became a residence for large numbers of Tibetan Buddhist monks from Mongolia and Tibet.

The temple is mainly composed of three exquisite arches and five grand halls. The whole palace covers an area of 66,400 square meters of floor with more than a thousand rooms. The buildings in the palace are distributed along a north-south central axis, which is 480 meters. The five main halls are separated by courtyards: the Hall of Harmony and Peace (Yonghegong), the Hall of the Heavenly Kings (Tian Wang Dian or Devaraja Hall), the Hall of the Wheel of the Law (Falundian), the Hall of Everlasting Protection (Yongyoudian), and the Pavilion of Ten Thousand Happinesses (Wanfuge).

【The Hall of the Wheel of the Law (Falundian)】
The Hall of the Wheel of the Law is used for conducting religious ceremonies and reading scriptures. There is a large statue of Je Tsongkhapa, who is a founder of the Geluk School. This statue was made in 1924 and took two years to finish it. The Five-Hundred-Arhat-Hill, a carving made of red sandalwood with statues of the arhats made from five different metals (and tin, gold, copper, silver, iron,) is also sited in the hall. They are 5 meters high, 3.5 meters long and 30 cm wide.

【The Hall of Everlasting Protection (Yongyoudian)】
The Hall of Everlasting Protection was used for the living quarters and the study of Emperor Yongzheng as a prince and the place where his coffin was placed after his death. Today, three Buddha statues stand in this hall, which are 2.35 meters high and made from sandalwood. The plane graph of it is T-shaped. There are 5 skylight windows at the top of the building, five gold copper pagodas, as a traditional Tibetan architectural style.

How to Get to Yonghe Palace