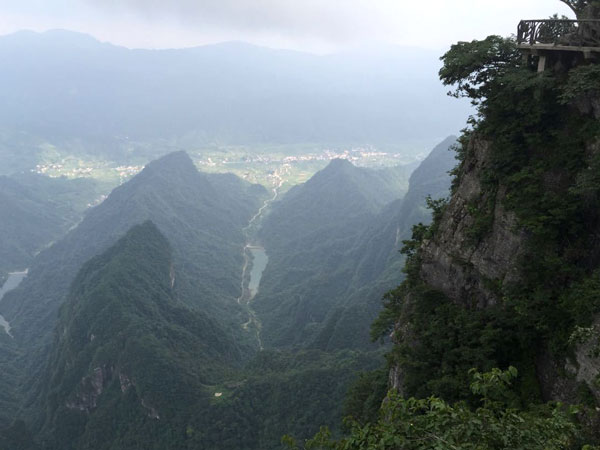 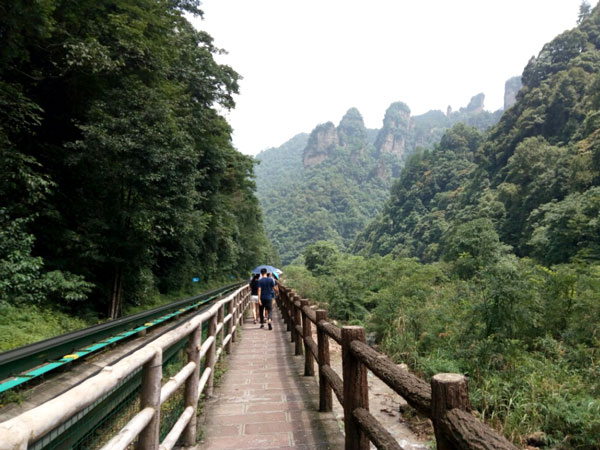 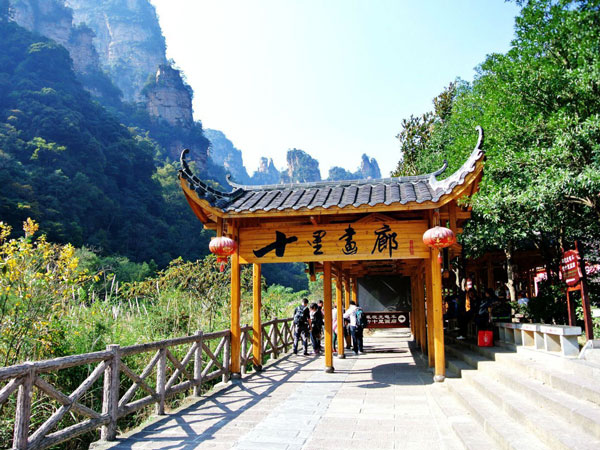 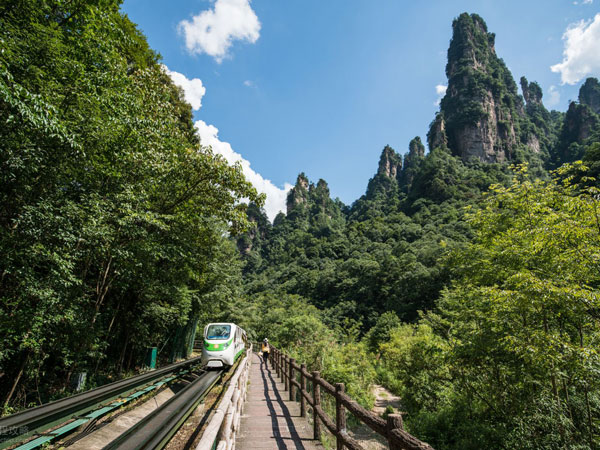 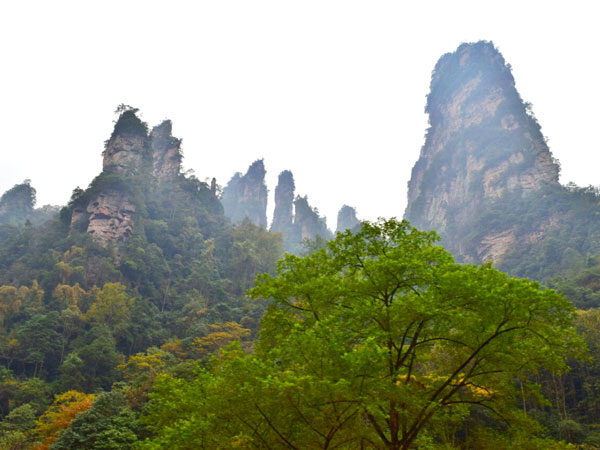 A picture scroll of natural landscape


Zhangjiajie Ten-mile Natural Gallery is located in the northwestern part of Suoxigu Natural Reserve, at the foot of Tianzi Mountain. It is about 5.8 kilometers in length. With a stream flowing through, and the peaks on both sides of the valley shape, it forms natural sculptures. The Herb Collecting Old Man and Immortals Worshipping Guanyin are the most spectacular.

Ten-mile Natural Gallery has picturesque scenery, beautiful flowers and a hundred birds contend in singing. The sceneries in this scenic area have strange shapes. The quartz sandstone peaks hidden in the clouds changes a lot which look like people, God, immortal, forest, birds or beasts. As early as the Ming dynasty, someone had written beautiful lines "people swimming in the gorge like drawing the picture" . As a sculpture master, the nature, has created the world's rarities, fairy-tale world and mysterious world in Ten-mile Natural Gallery which takes the cake for Chinese and foreign tourists.

Herb Collecting Old Man: In the middle of the peaks across the stream, there is a high of about 80 meters stone peak. No matter who watched it will say it like an old man collecting herb. This old man is thin; his head is twined silk handkerchiefs and his shoulder carries a basket of herbs, looking like Li Shih-Chen (famous medical scientist in Ming Dynasty) or Sun Simiao (famous medical scientist in Tang Dynasty). This attraction is the landmark sights in Ten-mile Natural Gallery, and also is one of the ten superb view of the city Zhangjiajie.

Xiangwang Read Book: There is a stone peak which is divided into two peaks in the gorge. The left stone peak is large and the right is small, specially looking like a reader who is reading a book with keen pleasure. Local people thought it is the incarnation of the Emperor Xiangwang, hence, this attraction got its name.

Monkey Slope: At the end of the gallery, there are jagged rocks of grotesque shapes, green and luxuriant forest, and small groups of hundreds of monkeys gathering here, so called "Monkey Slope".

In end point of the Ten-mile Natural Gallery, the right front mountain is called "Wolong Ridge" which is the link of the essence tour connecting Tianzishan and Ten-mile Natural Gallery. Right ahead there are three peaks standing side by side are called the "Three Sisters". You see, the left is the eldest sister who has great hair carrying a child ready to return to her family. The middle is the younger sister who takes her baby in her arms to look forward to the safe return of her husband. The right peak humps just like a pregnant woman, this is the little sister who is just married.