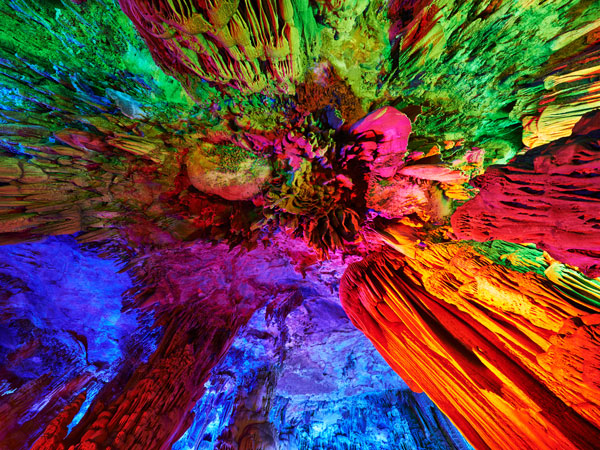 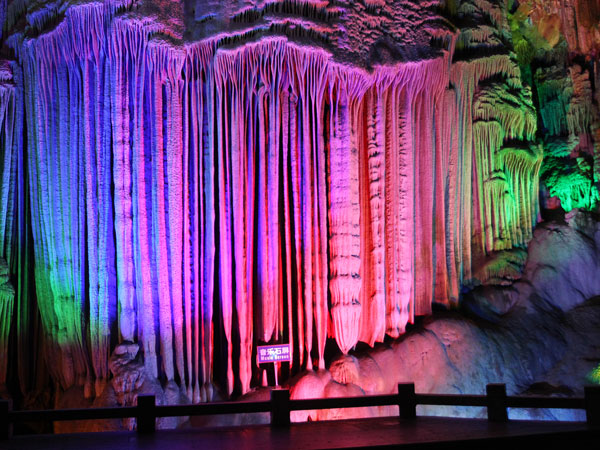 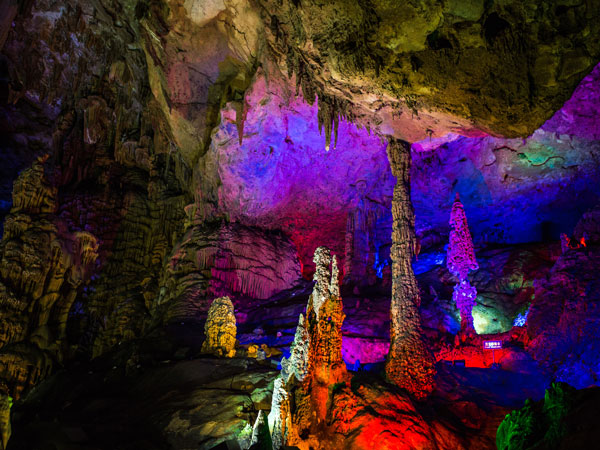 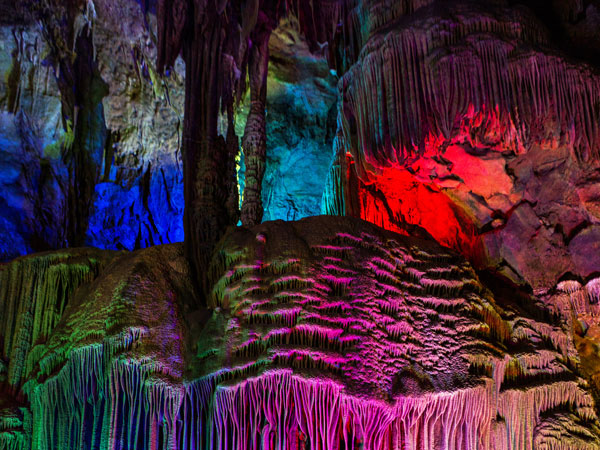 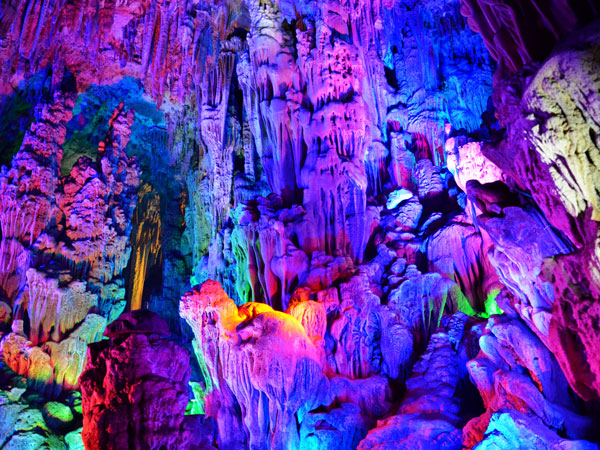 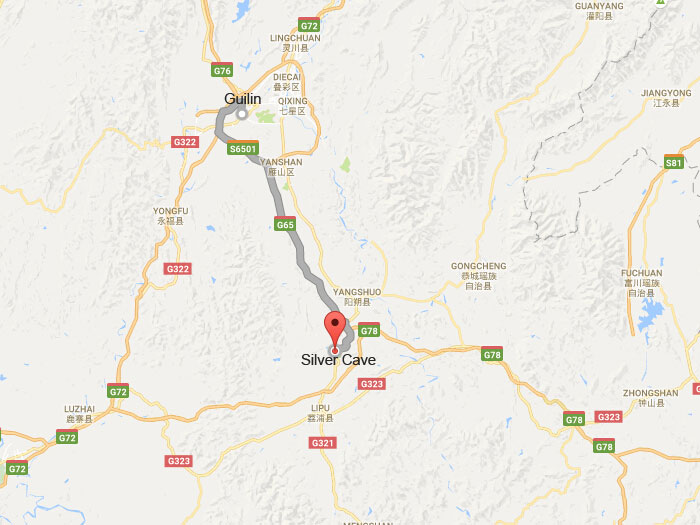 
Silver Cave is the typical karst cave that goes through 12 hills totally. The crystal stalactites in this cave have been existed here for thousands of years. When appreciating this scene in the cave, it is looked like a silver river with shining silvers, thus it is got the name.
Guilin Silver Cave is located in Lipu County which is 85 km away from Guilin City. Opened since 1999, it is the 4A national scenic area as well as a new bright pearl in Guilin tourism. There is a sentence to describe this cave – people who have visited the Silver Cave, they will get rid of poverty.
Green hills, crystal rivers, green grasslands, and green trees, all of these help Silver Cave to gain a title as “the representative of Guilin landscape”. As a giant bonsai, Silver Cave scenic area is surrounded by hills and farmlands. Annually local festivals such as flowers festival, taro festival, bicycle race, as well as rock-climbing races make this site more a civilization attraction than a natural site only.

It is said that during the Qing Dynasty Kangxi Period, a rebel army was defeated and they hid in the site of silver cabe. In order to run to a safer place, they decided to hide their treasures in this cave. And then, these treasures had been covered by the time till now.
This legend is attractive for many explorers. But none of them could find the treasure till now. No body knows whether there are treasures or not. But the slang “treasure in the Silver Cave make people in Guangxi and Hunan provinces rich” causes lots of imagination of people.

There are dozens of featured attractions in Silver Cave, the most famous landscapes are: Three Incomparable Sceneries--Snow Mountain Waterfall, Music Rock-Screen, Jade Pool Wonderland; Three Treasures--the Buddha Discuss Sutra, Pearl Umbrella, Single Column. Here uncanny workmanship of nature is displayed incisively and vividly, so has been hailed as a "cave wonders of the world". At the same time, Silver Cave World Tourism Resort Scenic Area integrated with natural and cultural landscape; the beautiful sceneries and hero legends add many humanities color to the scenic spots.
【Three Incomparable Sceneries】
Snow Mountain Waterfall: silver, white crystal, the water like tens of thousands of water pours down a cliff like a horse. It is really grandeur and enchanting, and attracted.
Music Rock-Screen: it consist of the numbers of deep or shallow, thick and thin different stone curtain and scabbling, is one of the most complete developed set of rock-screen in Guangxi currently. What’s more perfect is that when gently flapping it, it will play lithe and graceful music, therefore it is called "music rock-screen"!
Jade Pool Wonderland: against the background of mirror reflection in the water, the inner appearance change accordingly, the scene is so beautiful that it should only be in heaven and earth.
【Three Treasures】
The Buddha Discuss Sutra: natural formed Buddha high sat with cross-legged on the temple to preach about buddhist scriptures, and his devoted disciple came to hear and worship, all of disciples were unwilling to leave for a long time.
Pearl Umbrella: it is said that this umbrella can control the forces of nature, subdue demon, now it is in the cave and becomes a "cave treasure". Its strange modeling of large in the middle and small at both ends also become a riddle of the modern geology.
Single Column: the column has many branches, it is twists and exquisite, upright and outspoken magnificent, let a person have to sincerely praise the creations of nature.
Silver Cave is magnificent, strange, quiet, and beautiful karst cave landscape, and is renowned for solitude and pleasantness of natural scenery. Overlooking the peaks, the vast field, pretty green mountains, you may feel free and easy in the world; Farm houses gathered below the mountain, present bucolic scenery. Silver Cave scenic spot has been promoted to national AAAA level scenic spots, and won the title of "civilized demonstration pilot project of scenic spots in Guilin".

How to Get to Silver Cave