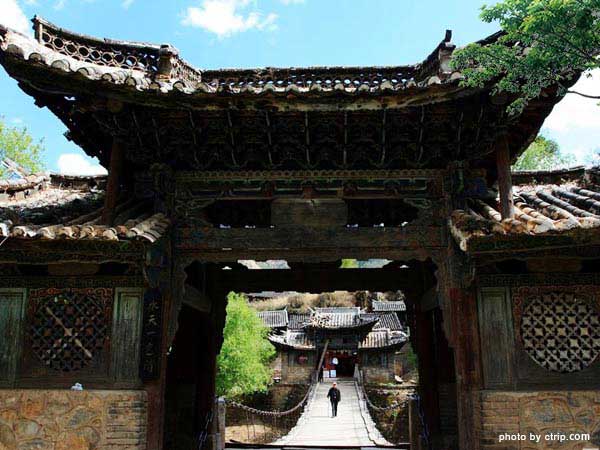 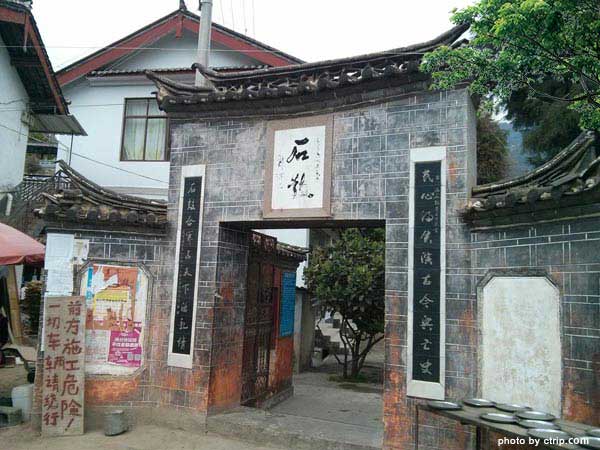 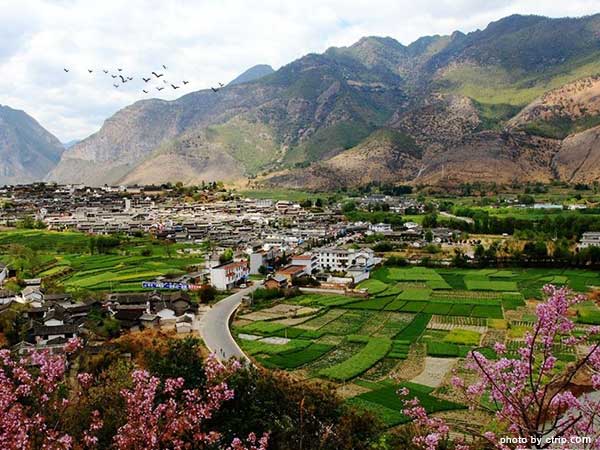 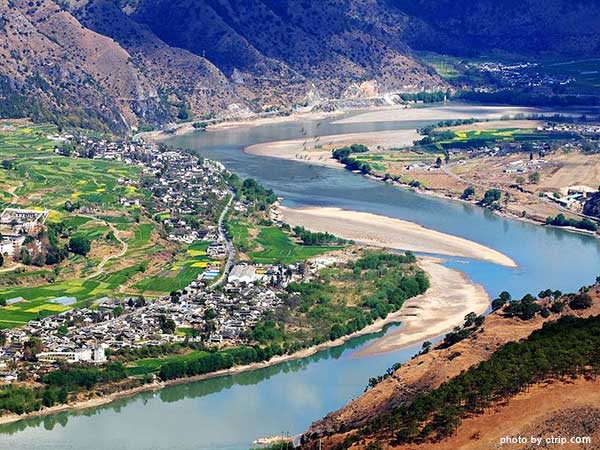 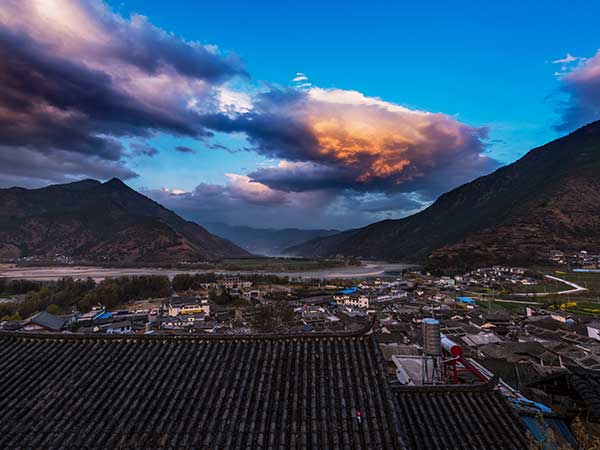 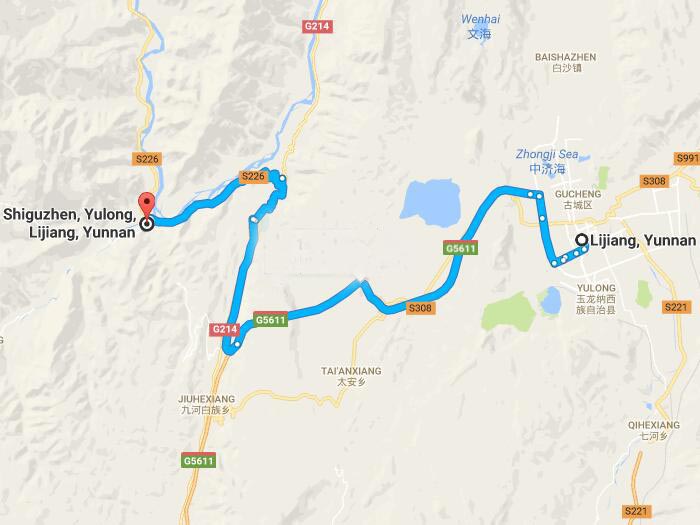 Shigu Ancient Town (Chinese Name: 石鼓古镇) is one of the famous ancient town at the river bank of the upper reaches of Yangtze River. As there is a drum-shaped stone tablet carved with white marble, hence the name of the town. The diameter of the stone tablet is 1.5 m and the thickness is 0.7 m. It is said that if the society is unrest, the drum will craze, but when the society is peaceful again, the drum will close up.

Commerce and trade in here was developed, there were quite a lot of merchants came here for business and settled down here. Also there was a portion of people engaged in trade outside. After the founding of the People's Republic of China, Shigu Ancient Town set up supply and marketing cooperative, food, food service industry such as state-owned and collective agency business. After the reform and opening, fair trade of Shigu Ancient Town was more prosperous. Near the Shigu Street, there is rich talcum mine, according to historical records, as early as the Yuan dynasty has been mined. In 1966, a talc factory was established in Shigu, the product sold in distant markets outside the county. Marble storage in here is also abundant. The “Red Army Long March Memorial” built in Jinsha river west bank. Mineral resources are talc, placer gold, manganese, zinc and sulphur. And Shigu Ancient Town produced traditional bamboo strip cap and pot cover. And it has specialty of orchids. It is one of pilot units of “national five hundreds of small towns construction”, in 2005, it has been listed as “one of the national 100 classic red tourism scenic spots”, was listed as top of the red tourism products lines.

What to See in Shigu Ancient Town

【Drum-shaped Stone Tablet】
As there is a drum-shaped stone tablet in the town, hence the name. The tablet is carved with white marble. It is said that the stone drum was used to suppress Tubo during the Three Kingdoms. There were no words carved on the stone drum until Mu Gao, the chieftain of Lijiang defeated Tubo and engraved inscription on it.

【Tiehong Bridge】
There is a cable suspension bridge named Tiehong Bridge (Iron Rainbow Bridge) in the town. The bridge has a long history and is of antique beauty.

【Jujin Ancient Ferry】
70 km north to the Shigu Town, there is another ancient town, Judian. It used to be the cultural center of Naxi people. It was named Jujin in Yuan Dynasty. At that time, it was not just the only routes from Wexi to inland, but also the only ferry for the communication between Dali and Tubo.

【Lijiang Horse】
At the market of Judian, you may see horses here. These horses are in gentle temperament, with not so big body, but they could load heavy goods. It is one of the 3 treasures in Lijiang.

The temperature difference is big between day and night, especially when it is rain. You should take some thick and long sleaves with you to prevent getting cold. Do not forget to prepare some Cold medicine and intestinal medicine.

As Lijiang is located on plateau, the ultraviolet (uv) radiation is very strong that you should bring sunhat and sun scream with you.

There are two ways of traveling Shigu Ancient Town, the first is to charter a car to Shigu Town directly, and the second is going to Liming Laojun Mountain via Shigu Ancient Town. Departing from Lijiang Old Town and passing Lashi Lake, and then there are two roads can lead to Shigu town, one is bypassing north side of Tiejia Mountain to Xionggu village, and going northward to the riverside then going upstream westward to Shigu; another is throwing over Tiejia Mountain from Tai’an to Baihanchang, going westward to Shigu. Two roads are all around 65 km, the first road condition is quite good, but the second road can give people a surprise that when you go the path winds along mountain ridges and suddenly Yangtze River First Bend appears. Since Qing dynasty, Shigu Ancient Town has formed quite busy market.

How to Get to Shigu Ancient Town