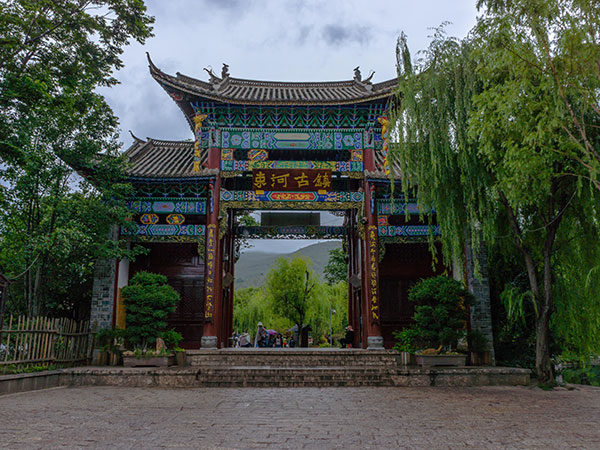 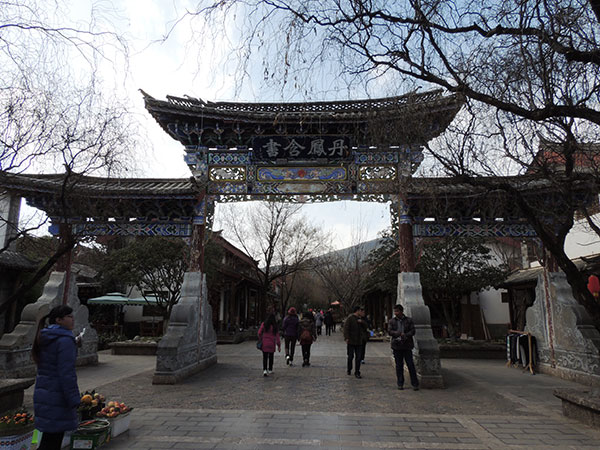 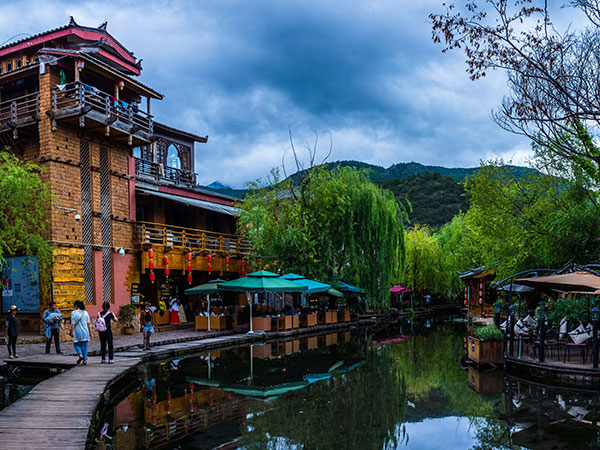 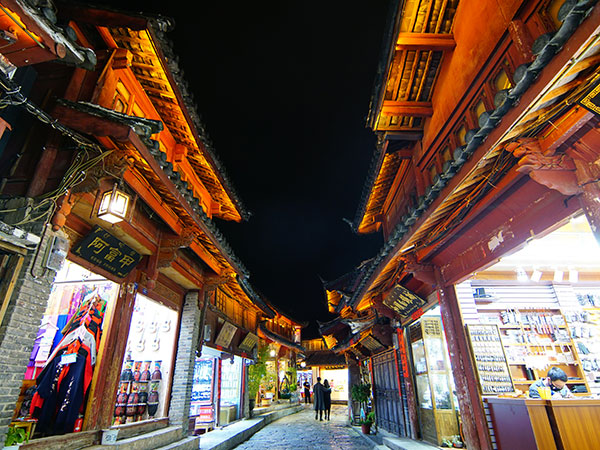 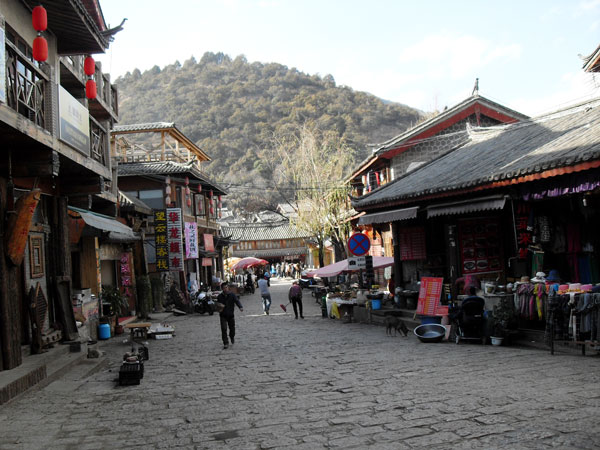 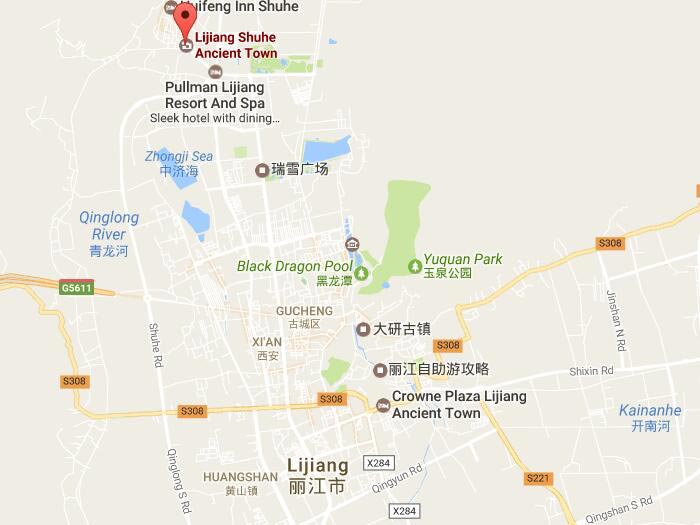 A famous ancient town to have a leisure walk in Lijiang


Shuhe, or 'Shaowu' in Naxi language, means the village at the foot of the high mountain. In the past, behind the village there was a high moutain named Jubao, so people named the village. Shuhe Ancient Town is located 4km to the northwest of the Lijiang Ancient Town. Its central part covers an area of about 5 square kilometers with a population around 3,000. In 1997, Shuhe was ranked as an important part of Lijiang Ancient Town which was already the World Cultural Heritage named by UNESCO.

Shuhe has a long history. It had become the distributing center of Naxi foremen in as early as the Tang and Song Dynasties, and it is also an important market town still remained complete on the Ancient Tea-horse Road. Prosperous tea and horse trade and the colourful multi-cultures make Naxi people develop harmoniously. The ancient trading road had been brought into use in the Tang Dynasty. It went from the south Yunnan to Lhasa of Tibet via Lijiang. In the history of transportation development during the thousands of years of Song, Yuan, Ming, Qing Dynasties, Shuhe had been an important posthouse along the ancient trading roas. It had been one of the four big bazaars in Lijiang, and also been called the hometown to the cobblers. Shuhe has witnessed the history of development of Naxi foremen from the farming civilization to the commercial civilization. 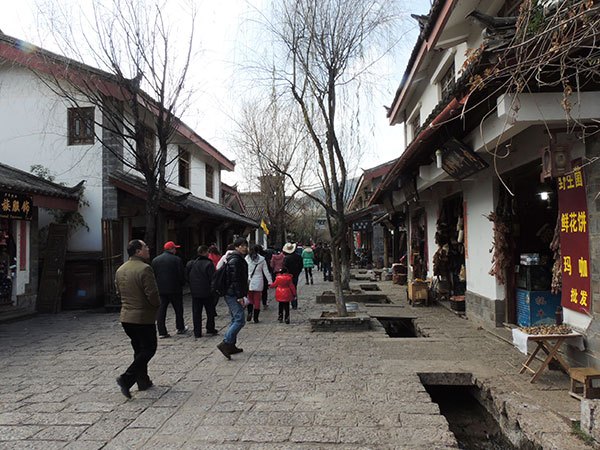 【Sifang Street】
The length and width of Sifang Street in Shuhe Ancient Town is just 30 meters and covers an area of around 250 square meters. There are four paths leading to different directions and it is a market during daytime in the center of Shuhe Ancient Town which is one of the oldest markets of Lijiang Bazi (Bazi is the name of some part of plains in Yunnan-Guizhou plateau). At ancient time, there was market in Sifang Street, people would strolled in the Sifang Street with torch, walked through Qinglong riverside, just like fireflies in summer night. The Sifang Street market is lined with shops, tourists can buy some local handicrafts and leather products there.

【Dragon Pool】
At the end of the street there is a deep pool called Dragon Pool (Longtan) from which the overflowing water crawls through the village, and the bubbling sound can be heard miles away. Besides the pool there is a piece of broken stele, if you knock with stone it will makes a clear sound. In order to protect this attraction, people have better not to knock the stele. Above the Dragon Pool there is a temple called Sansheng Palace. Standing against the wooden railings, you can have a bird's eye view of the village presenting a poetic rural idyll.

【Western Hill Red Leaves】
There are a lot of sumac bunch in Shuhe Western Hill. Every autumn, the leaves are bright red, autumn light is bright, which is pleasing. In the Shuhe eight sights, this is called "Western Red Leaves," the most moving.

【Shilian Night Reading】
The southmost of Shuhe Western Hill is Songyun Village, behind there is Shilian Mountain, above is a cave in the mountain, like a tiger with open mouth. In order to overawe the tiger, the locals built a temple in the mouth of the cave, called Shilian Temple, and there was a pillar tethered with chains. During the period of the republic of China there had opened night school, scholars burnt the midnight oil, there it became a scenery, known as "Shilian night reading", included in the Shuhe eight sights. 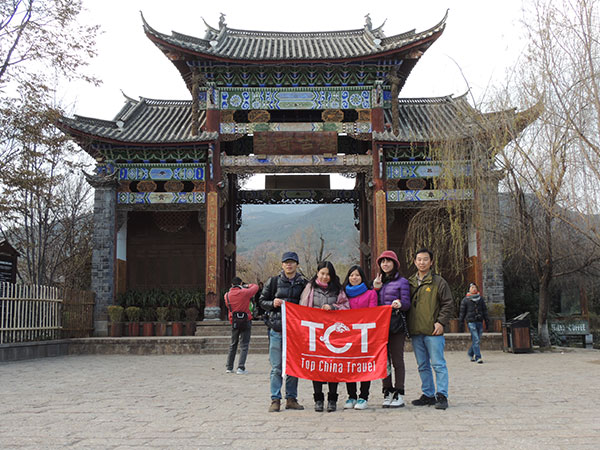 Local-style dwelling houses are an essential part of the Shuhe Ancient Town buildings, three squares a screen wall is a typical layout in the construction of the Naxi folk house. Now many dwelling houses were turned into inns, on the basis of keeping the local timber structure, they match with glass material, thus greatly improving the lighting of the room and making accommodation more comfortable.

Shuhe Ancient Town due to the expansion towards north by plan, from the Shuhe north gate parking lot to Baisha has became busy, relatively speaking, within the town, the transportation of near the north gate is more convenient, so tourists can choose to book the inn near north gate.

When you accommodate in Shuhe Ancient Town, you need to be aware that if you plan to travel Lijiang in the peak tourist season (like the Spring Festival, May Day, summer vacation, national holiday during the first week of October), you must have room reservation before departure.

The ways to Shuhe mainly are: taxi, car rental, and public bus. It is about 7 to 8 km distance from Shuhe Ancient Town to Dayan Ancient Town.

• Transport from Shuhe Ancient Town to Dayan Ancient Town (Lijiang Old Town)
1. Car Rental (Mini bus which can accommodate 7 people)
The mini bus will pick you up at the inn (the vehicles can not enter the ancient town, vehicles just can reach to the main entrance of Shuhe and generally to north gate slope, if you need the car drive to south gate you need to tell the driver at first).

3. Public Bus
Lijiang bus is now an automated collection bus, coin-operated, the fee is 1 RMB. People can take public bus No.11 in the Shuhe crossing. Getting off at the ancient town entrance can go to Dayan Ancient Town north gate (large water wheel). It is quite far that if you come out from Shuhe main entrance you need to walk 1 km to Shuhe crossing road bus station. Also you can walk out of the Shuhe north gate to Baishi crossing road to take public bus No.6 bus to ancient town entrance. This bus is divided into A and B route so there are relatively not much buses, and the final bus is at 20:00. 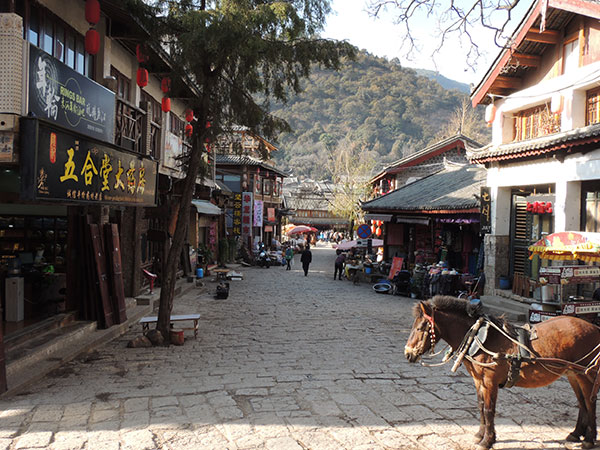 • Transport from Dayan Ancient Town to Shuhe Ancient Town
1. Car Rental
The car arranged by the inn can drive to the door of inn (the vehicles can not enter ancient town instead of walking, and the car tourists find can only send you to the main entrance of Shuhe Ancient Town).

4. Mini Buses
You can take public bus first to Fuhui Market, there is a parking lot aside, transfer to blue mini bus to Shuhe Ancient Town. Generally the mini bus will depart as there is no available seat. 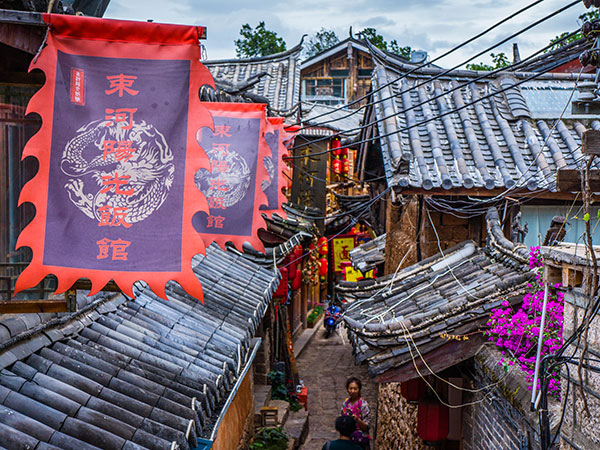