First Bend of the Yangtze River 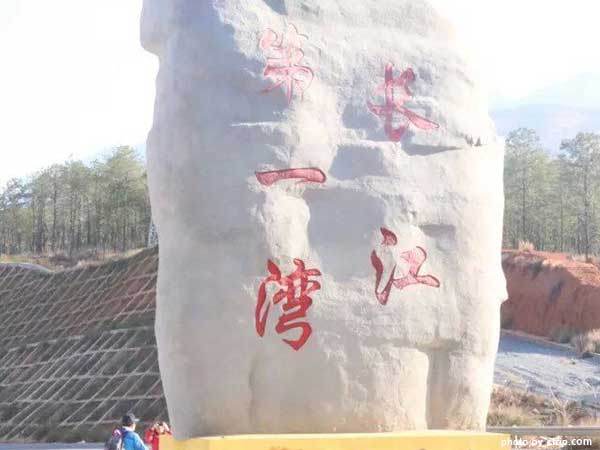 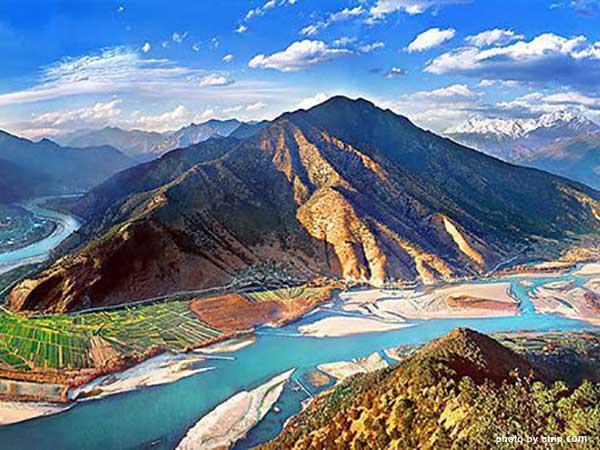 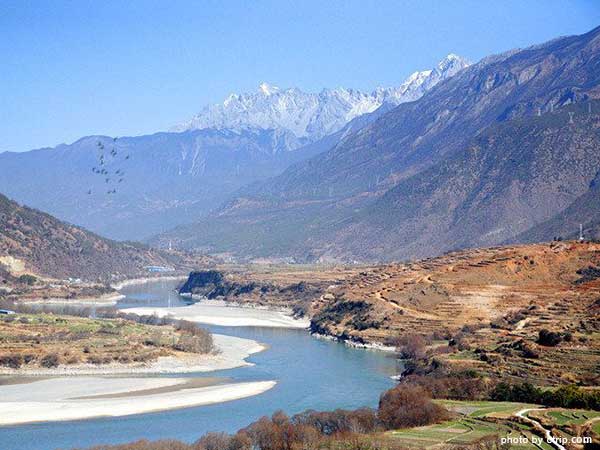 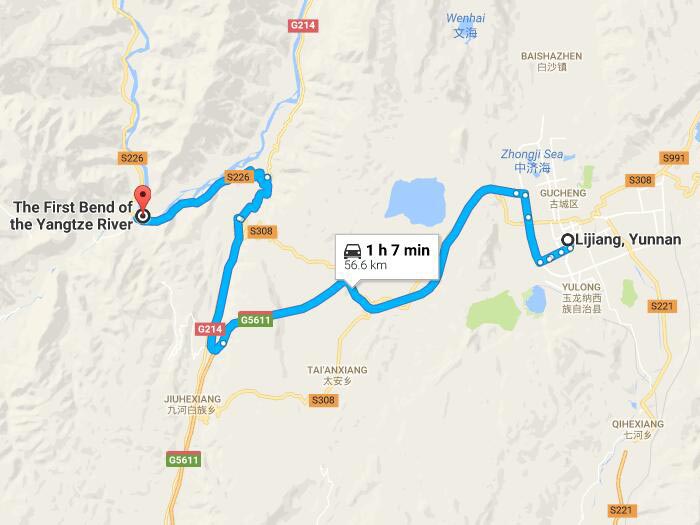 Shigu Town of Lijiang Town, which is 50 km away from Lijiang County, Yunnan Province, China


The Yangtze River Bend, as its name denotes, is the spot where the south running river suddenly turns northward due to changes in the shape of the nearby mountain ranges which form a mammoth V shape at this spot.

With the gradual deposit of fertile soil at this spot, a village slowly came into being, now called Shigu Town, meaning "stone drum" in Chinese. Since ancient times, this town has been important, linking Tibet with the outside world. Here Tibetan people bring their quality fell, hide and herbal medicine and take home tea, salt, cloth and other necessities. When market day comes, the town is incredibly crowded and noisy. In Shigu Town, gold sands of the first gulf in Yangtze River which is located in the west Lijiang City turn the direction 180 degree here, hurtle to open the mountain layer after layer to obstruct, turn around to go up north again and then the east go to. This gorgeous scene had become famous as the First Bend of the Yangtze River.

The river is broadened at the bend and flows slowly. The famous historical event, such as “Zhuge Liang's Crossing the Lushni River in the Fifth Month", Kublai Khan's “Crossing the River on Leather Rafts" all chose this place as a ferry. In May 1936, the Red Army to leaders He Long, Ren Bishi and Guan Xianying led the Second Route Red Army to march north, crossing the river also at this place. At present, a splendid memorial tablet marking the victorious crossing is erected here.

The surface of river of Shigu ferry crossing is broad, the river flows gently which is suitable for the ferry, has always been a place of great military importance. It is said that during the Three Kingdoms period, Zhuge Liang pacified Nam Trung, “cross the Lushui in May” (Jinsha river called Lushui Water in ancient time); In A.D. 1253, Kublai Khan led his army to cross exposure and raft through the Jinsha River, unified Yunnan. The Second Army of the Chinese Workers’ and Peasants’ Red Army led by He Long, Ren Bishi and Xiao Ke was crossing from here in April 1936 and proceeded northward to anti-Japanese. After the liberation, in the hillside behind the Shigu tablet, there built the 8.1 meters high monument “the red army long march ferry monument”, standing in the hillside, imposing and solemn. It is one of Yunnan province key cultural relics protection units. Pailou (decorated archway) in the front of monument is Memorial Room of the Red Army River Crossing, where display of the legacy during red army long march, will make you know more vividly about the great army more than half a century ago.

About the origin of estuary, there is folklore: went outing together, on the halfway they had dispute, eldest sister and elder sister, stubbornly headed south, Jinsha determined to go east where the sun rises to look for a light and love, when she got to Shigu, she said goodbye to the two sisters, resolutely turned eastward. The place where Jinsha turned back became the Yangtze River First Bend.

Another version is that: three sisters of Nujiang River, Lancang River and Jinsha River who don't want to marry the person in the west so they held out on their parents, secretly run from home. Beautiful clever Jinsha invited two elder sisters to the east China sea. Parents learned after three girls run away, very angry, so they sent two brothers Yulong and Haba hold up on their way to the east China sea. Nujiang and Lancang saw two elder brothers blocked their way in Shasongbi village, they thought that their brothers were too strong for them so they dared not go forward, then change their mind that did not go to the east China sea. They chose the south road but could not persuade Jinsha, they had to rush angrily. Jinsha saw two sisters gone, but her determination to the east China sea still remained in the heart so that she resolutely turned straight at her brother's way, eventually broke through the obstacles and went into the east China sea. Where she turned formed the famous "the Yangtze River First Bend" landscape.

Along the Shigu there are not only gathering talents but also owns beautiful scenery and rich products, known as the plateau "small regions south of the Yangtze River". Here river flows gently, river valley is open, and terraces are layer upon layer. In the spring, wheat fields turn green, rape flowers turn golden, in the autumn paddy has bumper harvest, melon and fruit is full of garden. Along the river osier is like belt, and every willow is tall and straight, the crown of willow is as thick as canopy, and the beach under the tree is particularly cool. It was that the red army camp, now become an ideal place for summer resort. And along the river of 3 kilometers is Shimen Pass (Stone Gate Pass) which is known for strategically located and difficult of access, it is said that during the Sui dynasty general Shi Wansui went on a expedition to Yunnan and opened the pass, Yuan, Ming and Qing three dynasties are garrisoned in this pass, which has been a place of great military importance.

Yangtze River First Bend is 50 kilometers away from Lijiang county town, is not only an important scenic spot of Lijiang, and links to scenic spots such as Tiger Leaping Gorge, Laojun Mountain, and Meili Snow Mountain. In addition, Shigu is rich in talc and granite, and it has got a lot of development then is exported to all over the place. Every three days in Shigu Town there is the street market, pedestrians are bustling, very lively.

From LiJiang Passenger Terminal tourists can take bus to Shigu Town, Lijiang is 45 km from Shigu Town, about 2 hours drive. Tourists can also charter car to there, and the prices should be negotiated. To visit the Yangtze River First Bend and Shigu Town, people can take tourism special line bus in all bus stations and the main hotels in Lijiang city. Or people can choose package of Tiger Leaping Gorge and Yangtze River First Bend.

• The best travel season to Yangtze River First Bend: the first recommended visiting season is fall, followed by summer. Autumn has pleasant climate, which is suitable to visit. During hot summer to enjoy the tree shade is also very comfortable. Lijiang spring flowers are in full bloom, and the winter sunshine is sufficient, all season is a good choice to travel Yangtze River First Bend, warm in winter and cool in summer, the four seasons are all appropriate.

• How to Get to First Bends of Yangtze River
Self-help tourists can only charter a car or take the long-distance bus in Lijiang Passenger Bus Station or county bus in the Long-Distance Bus Station in new street to Shigu Town.