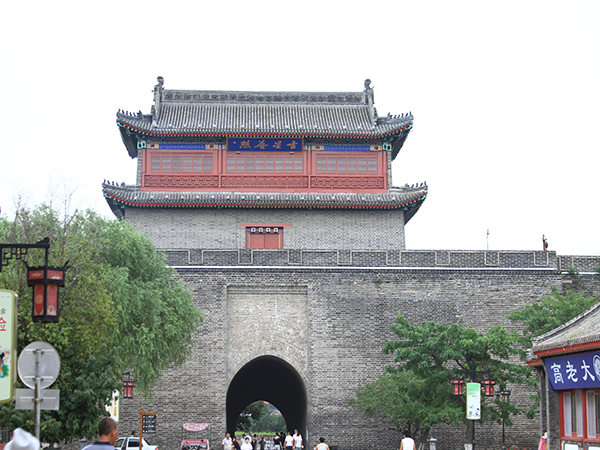 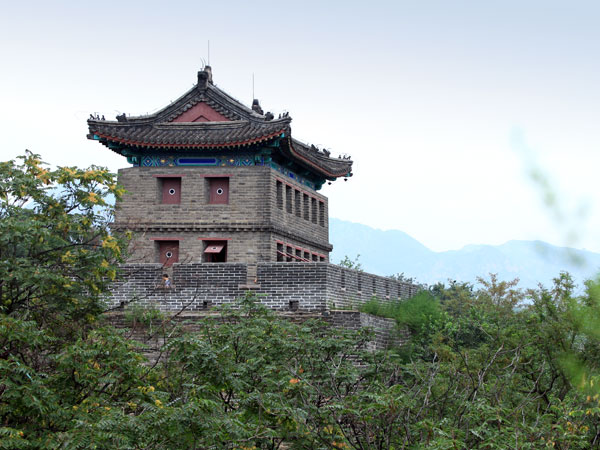 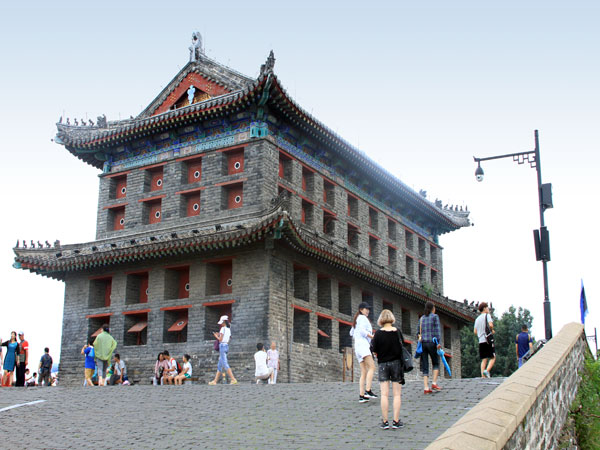 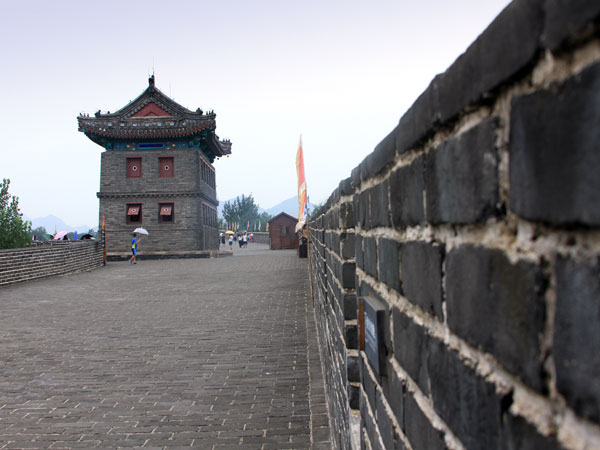 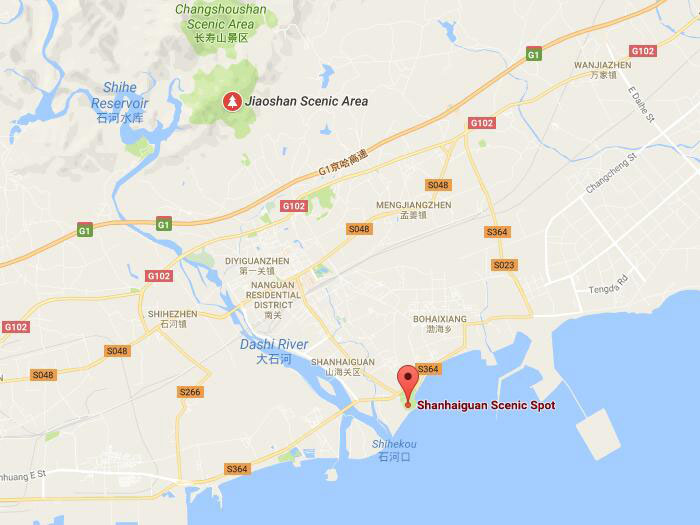 
Shanhaiguan Pass or Shanhai Pass is called as the "First Pass under Heaven". This great architecture is located in Qinhuangdao as a part of this city. In 1961, Shanhaiguan became a site of China First Class National Cultural Site. With the other two famous Great Wall passes Jiayuguan and Juyongguan, they are three major pauses of the Great Wall of China.

It gets its name Shanhaiguan (Mountain, Sea and Pass ) , for it is beside Mount Yan in the north and faces Bohai Sea in the south. As a strategic point, which holds the key passage from North China to Northeast China, it has been contended by military forces in history and thus earns the reputation described in the following lines " There is no other place in the world to be the key of two capitals , It is the No. l pass of the Ten-thousand-1i Great Wall ."

Nowadays, it is a popular tourist destination, featuring the eastern end of the main line of the Ming Dynasty Great Wall. The place where the wall itself meets the Pacific Ocean (at the Bohai Sea) has been nicknamed the Laolongtou which means Old Dragon's Head in Chinese. Tourists always find the following 3 tourist attractions of interest:
► Shanhaiguan Great Wall Museum in the fortress (which has some interesting pictures, relics and clothes depicting the life story of this snaking construction)
► A temple in the vicinity dedicated to Meng Jiangnu, one of China's devoted heroines
► The next spectacular section of the Great Wall meandering along the Jiaoshan Mountain ridges.

Shanhaiguan was built under the supervision of Xu Da, a founding general of the Ming Dynasty, in the fourteenth year during the reign of the Ming Emperor Hongwu (1381). At that time, the Ming Dynasty had just been established and the remaining force of Yuan Dynasty, driven out of the Great Wall but not resigned to their defeat, always sent cavalrymen to attack Central Plains . Xu Da made a far-sighted decision to build a pass and garrison troops in this strategic point. He directed over 15,000 soldiers stationing along Mount Yan to build and renovate the Great Wall in Shanhaiguan area and build the No.l Pass Under Heaven-Shanhaiguan , which has enjoyed a good name ever since then.

The pass of Shanhaiguan is a square, with a perimeter of around 4 kilometers long. The walls reach a height of 14 meters, and are 7 meters thick. The east, south and north sides are surrounded by a deep, wide moat. There are drawbridges over the moat. In the middle of the pass stands a tall bell tower.

Shanhaiguan Pass, located at a strategic point, has been appreciated by many statesmen and strategists in history. Emperor Kangxi, Qianlong, Jiaqing and Daoguang visited it several times. Some of them wrote a few lines of appreciation; others improvised poems inspired by the scenery, leaving many interesting anecdotes. In 1954, Comrade Mao Zedong climbed "the No.l Pass Under Heaven" Gate Tower, enjoying the beauty of the scenery inside and outside the Great Wall, leaving his glorious footmarks here.