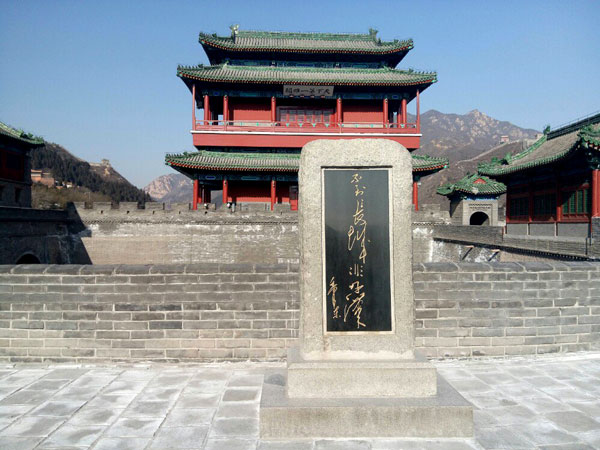 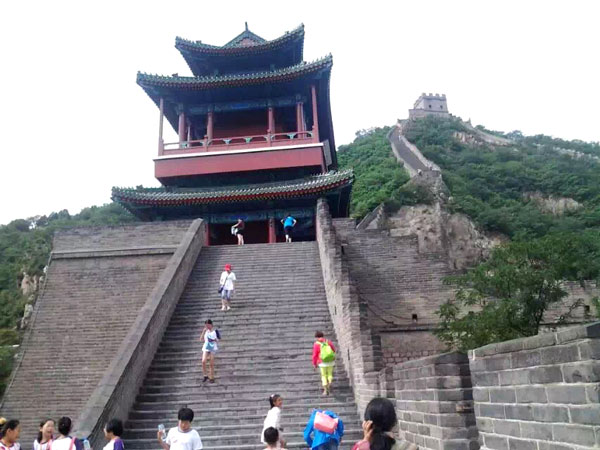 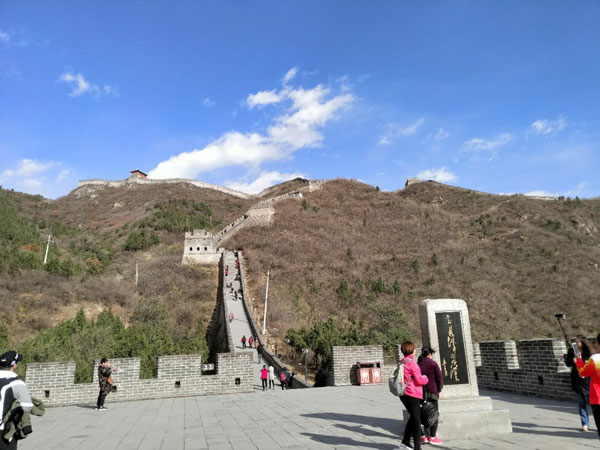 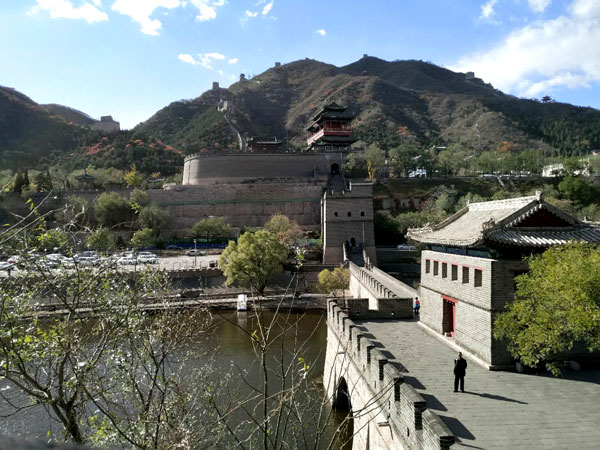 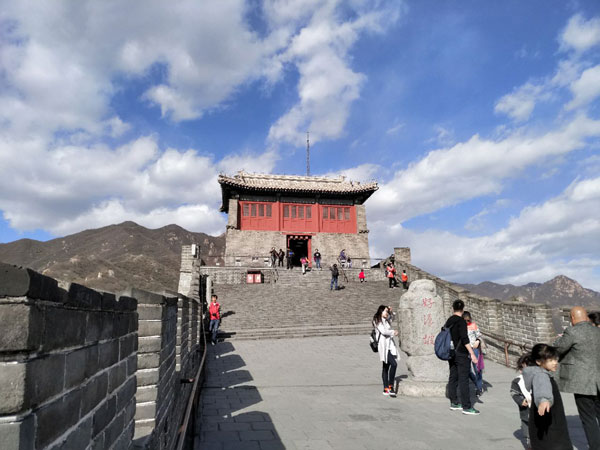 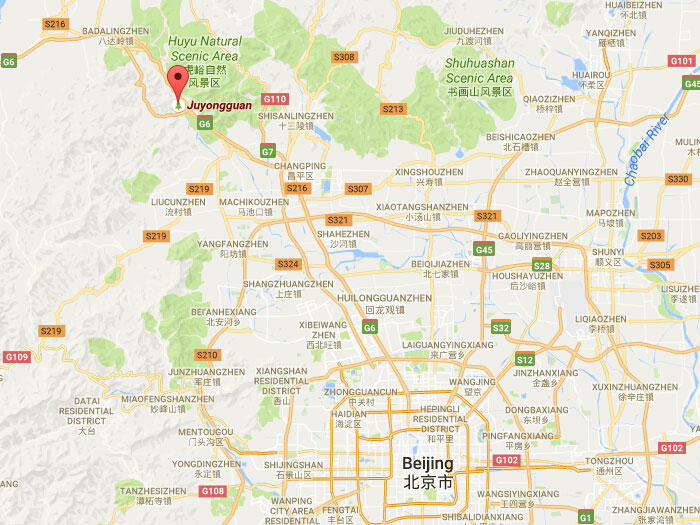 World Cultural Heritage; The most essential part of the China Great Wall

Juyongguan Great Wall had already ranked as one of the eight splendid sceneries in Beijing 800 years ago. In Chinese, "guan" means mountain pass, so Juyongguan Section is a part lying through mountains as a wall to prevent the enemies. It is 60 km from the downtown of Beijing and 20 km from Badaling Great Wall. Enlisted in the World Heritage Directory in 1987, Juyongguan Great Wall is a national cultural protection unit. And Juyongguan Pass is one of the three greatest passes of the Great Wall of China. The other two are Jiayuguan Pass and Shanhaiguan Pass.

The common view of Juyongguan Great Wall is the majestic views of passes, rolling crenels and exquisite stone carving on 'Cloud Platform'.

The main architectural features of the Great Wall include:
► It is a circumferentially closed-shaped building. Surrounded by mountains, the Pass is roughly circular with a perimeter of about 4,142 meters (about 4,530 yards).
► This pass has great changes on width and height. The widest sited of it is 16.7 meters; the narrowest site 1.2 m. It has low walls inside, while high walls outside. The outside wall is called forts walls. The walls can effectively defense the enemies.

As all known, every part of the Great Wall is famous for the dangerous geography, Juyongguan section is also included. It had been called in different names in different dynasties. And the present name Juyonguan was applied in the Qin Dynasty when Emperor Qinshihuang ordered the building of the Great Wall. Juyongguan Pass has two passes, one at the south and one at the north. The south one is called "Nan Pass" and the north one is called "Badaling". This pass was connected to the Great Wall in the Southern and Northern Dynasties. 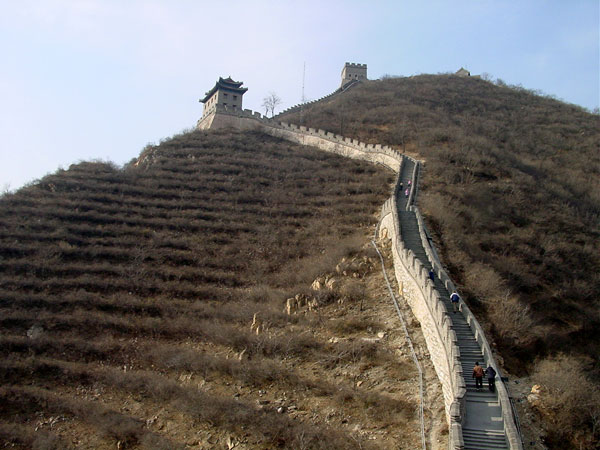 In the middle of Juyongguan Pass lies a high platform called 'Cloud Platform', which is made of white marble. In the Yuan Dynasty, three stone towers were built on the platform. At the end of Yuan Dynasty, they were burnt down. Inside the platform is an arched doorway. On the walls of the doorway, the statues of four heavenly gods (four gods in Chinese legend who guard the country in four directions) and sutra scriptures are carved. Many animal images were carved in the arched hole and the arched door. On the walls of both sides of the door, the statues of gods and scriptures are carved. There were three white towers on the platform in the past (this is how it got the name of "Crossing Street Tower") and were destroyed in the transitional period between the Yuan Dynasty and the Ming Dynasty. Later a Tai'an Temple was built on the platform but was later destroyed in the Qing Dynasty. The walls also feature inscriptions of Buddhist texts written in six languages and six scripts:

How to Get o Juyongguan Pass

• Take the Subway Line 13 and get off at Longze Station in Changping District, take the shuttle bus No.68 and you will get there
• Take the Badaling Expressway and take the Juyongguan Pass Exit.
• Take Buses No.1,2, 3, 4, 5, 919 and get off at Juyongguang Pass Statio

Note: Peach blossoms in spring and maple leaves in autumn make the Juyongguan Great Wall more charming. Visiting to Juyongguang Great Wall can give visitors a wonderful experience, different from other sections of the Great Wall.