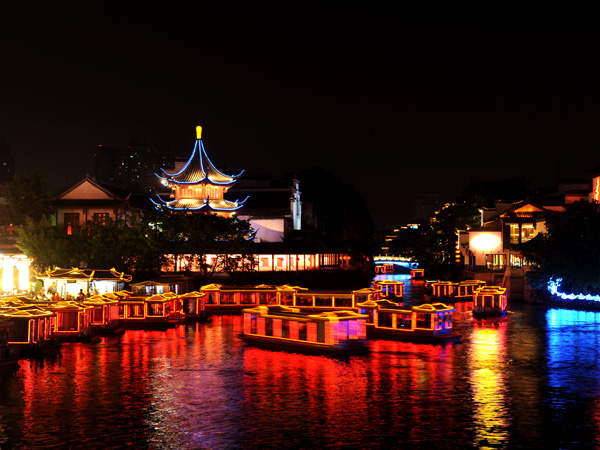 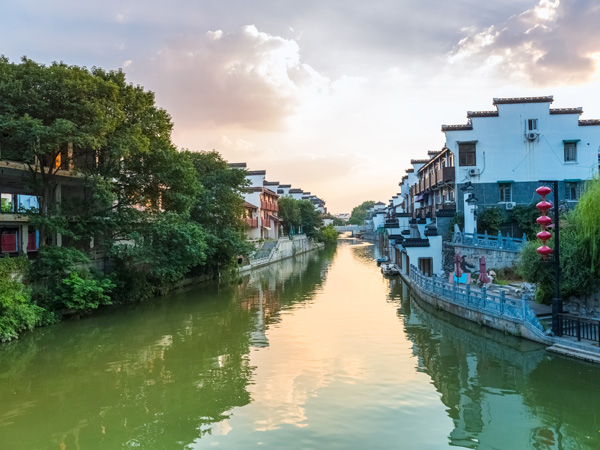 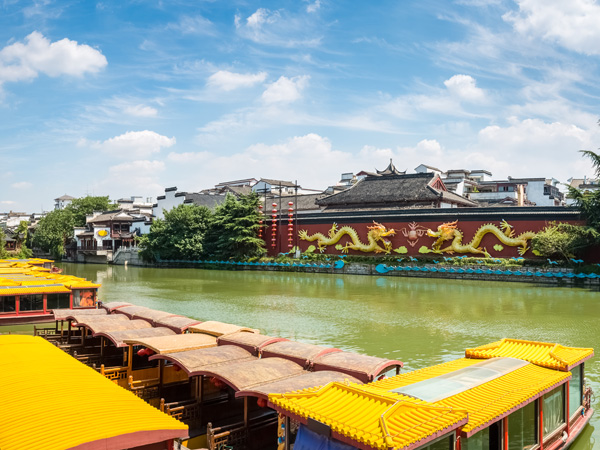 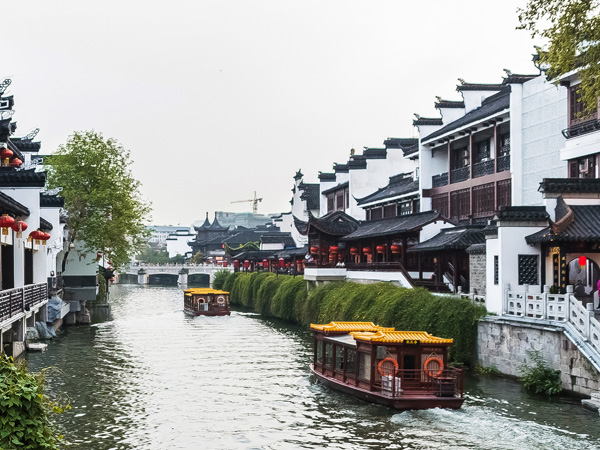 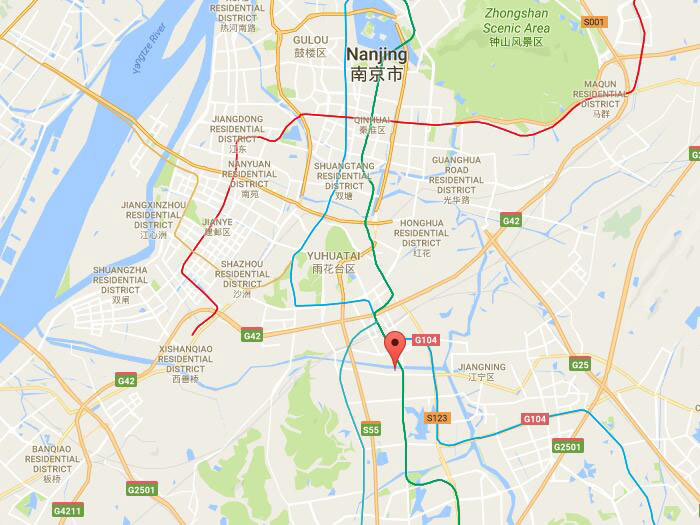 Cradle of ancient civilization of Nanjing.


Qinhuai River used to be called Huai Water, and was renamed Qinhuai for the legend that Qin Shihuang, the first emperor of the Qin Dynasty (221-206 BC), ordered to introduce Huai Water to the city by excavating a mountain. It is a branch of the Yangtze River, running about 110 kilometers, a major watercourse around Nanjing City. In ancient times, places around the Qinhuai River and the Nanjing Confucius Temple were already very prosperous. The banks along the Qinhuai River were the gathering place for noble and wealthy families, and were also frequently visited by scholars. In history, its main functions were used for navigation and irrigation. The river gave birth to the ancient civilization of Nanjing, so it is also called the mother river of Nanjing.

Total length of Qinhuai River is about 110 km, and the basin area is more than 110 square kilometers. It is I largest river in Nanjing City. The river is divided into Inner River and Outer River in Nanjing. The inner river runs through the central area of the city while the Outer River was once a city moat of ancient Nanjing city.

Floating lights are the most famous view on the Qinhuai River. On the river, any boat or ship, large or small, will hang color lamps. It is a very important activity for a visitor to ride such a boat, floating on the river to enjoy the scenes of pavilions and towers on the riverbanks.

The best way to visiting Qinhuai River is by boat. The tourist boat in Qinhuai River is gaily-painted pleasure-boat. The boat runs in the day and in the evening, and the ticket price is different. To get on board the boat, you need to go to the Panchi Dock in front of Dacheng Hall in Confucius Temple. The boat cruise trip lasts about 50 minutes.

It is recommended to have the boat cruise in the evening. An evening cruise on the Qinhuai River is a wonderful experience. Nanjing skyscraper’s neon city lights are on and all the read lanterns along the river light up at night, exotic and attractive. Many kinds of boats are available for rent. Paddle boats are a cheaper option. However, "Qibanzi", a type of boat with a roomy cabin and cane chairs on the deck, is a little bit expensive, but less tiring and more comfortable.

Qinhuai River is a perfect tourist sight, where historic sites, gardens, barges, streets, pavilions, towers and folk culture and customs are greatly blended. There are many historic sites for your to explore to get more knowledge of the city.

【Zhanyuan Garden】
Nanjing Zhanyuan Garden is the oldest extant garden in the city, with a history of 600 years. It has a group of the best preserved classical garden buildings of Ming Dynasty. Zhanyuan Garden is known for rockery. Zhanyuan Garden has an area of about 20,000 square meters, and there are a total of more than twenty highlights to see inside the garden. The garden has elegant and refined layout, with magnificent ancient buildings of Ming and Qing Dynasty. It is regarded as one of top four most famous gardens in Southern China. The other three are Jichang Garden in Wuxi, Humble Administrator Garden and Lingering Garden in Suzhou.

【Confucius Temple】
Confucius Temple is commonly known Fu Zi Miao, which was originally built to worship Confucius, who was a famous educator and ideologist in ancient China. The temple was built in 1034, and is located at Gongyuan Street in the north Shore of Qinhuai River. In 1985, the ancient buildings around Confucius Temple went through repairation. The restaurants, shops, tea houses and other buildings were rebuilt in Ming and Qing Dynasty’s style. Confucius Temple area is a gathering place for serving traditional local food with 200 kinds. Gongyuan Street nearby is a quaint Tourism Cultural and Commercial Street. The repaired East Market and West Market are great places to get to know the local culture and local life.

【Wuyi Lane】
Wuyi Lane is located the south bank of Qinhuai River, near to the Wende Bridge in Confucius Temple area. The English name means to be Black Clothing Lane, as the troops of Sun Wu in Three Kingdoms Period were stationed here and all the soldiers wore only black clothes, which was how it got name as Black Clothing Lane. Wuyi Lane used to a popular commercial street and a residential area for social nobilities in ancient times. Now it is a collecting place of the folk art.

【Zhonghua Gate】
Zhonghua Gate is the southern entrance of ancient Nanjing City, when Nanjing was the capital of Ming Dynasty. It was also known as Ju Bao Gate (Treasure-Collecting Gate) in Ming-Qing Dynasty. Zhonghua Gate in Nanjing is the most magnificent city gate in Nanjing, but also the largest and the most complete fortress gate in China. The gates was built in large scale, cleverly designed with complex structure. The gate played an extremely important role in the history of city gate architecture in China