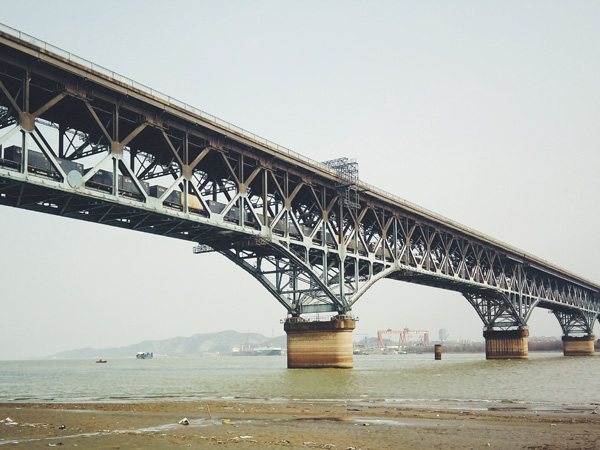 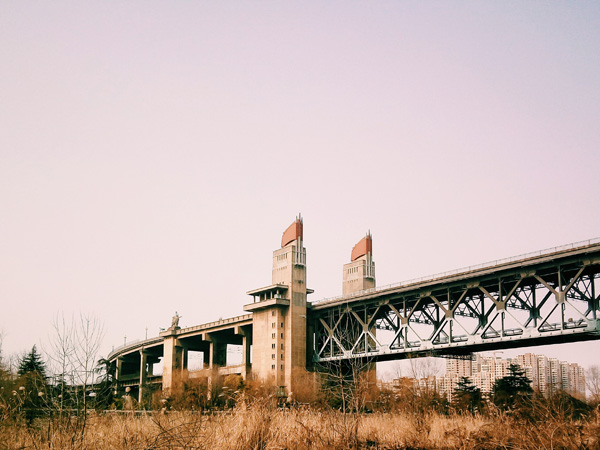 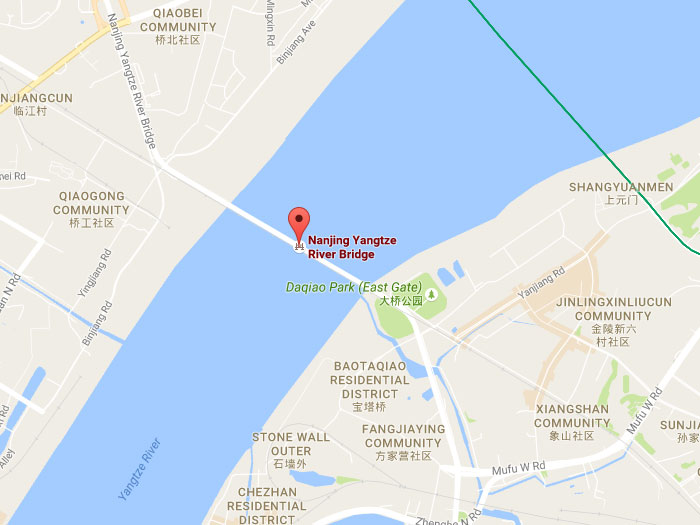 The first bridge designed by Chinese in New China.

The construction of this bridge started on January 18, 1960, and was completed and open for traffic in 1968. In September, 1968, the train line on the bridge had its first run; in December of the same year, the road line on the bridge was open to traffic. Since then, Nanjing Yangtze River Bridge becomes a landmark and cultural symbol of the city, and also a famous attraction in Nanjing. From 1970 to 1999, there are a total of more than 70 foreign heads of state and more than 600 foreign delegations visited to Nanjing to see this remarkable bridge.

Nanjing Yangtze River Bridge is a key transportation bong in eastern China. The upper layer is responsible for road transport, with 4589 meters long and 15 meters wide driveway. The driveway can accommodate four large autos running parallelly the same time. And there is a more than 2 meters wide sidewalk on each side of the driveway. The driveway connects wtih State Road 104 , 312 State Road and other road networks across the Yangtze River. Its lower layer, with a double-track railway, is 6,772 meters (22,218 ft) long, and is responsible for the Beijing-Shanghai Railway, which had been divided by the Yangtze for decades. Its right bridge consists of nine piers, with the maximum span of 160 meters (525 ft) and the total length of 1,576 metres (5,171 ft). The bridge carries approximately 80,000 vehicles and 200 trains per day.

Underneath the bridge at northern and southern sides of it, there are Bridge Parks with an total area of about 20 hectares, planted with a variety of flowers and trees, and there is an elevator leading to the bridgehead of the bridge. In Nanbao Park at the southern side of the bridge, there is an exhibition hall showing the history of the Yangtze River Bridge.