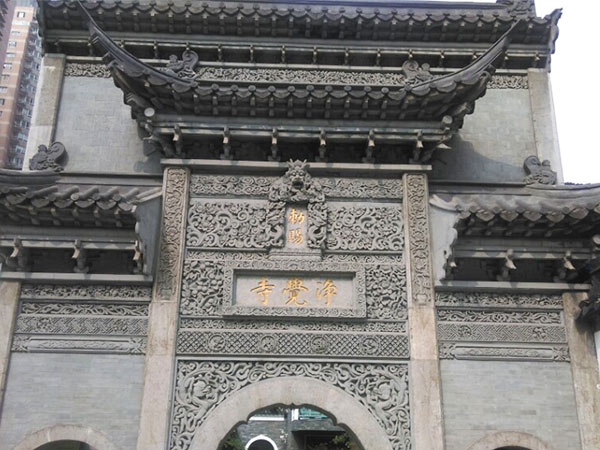 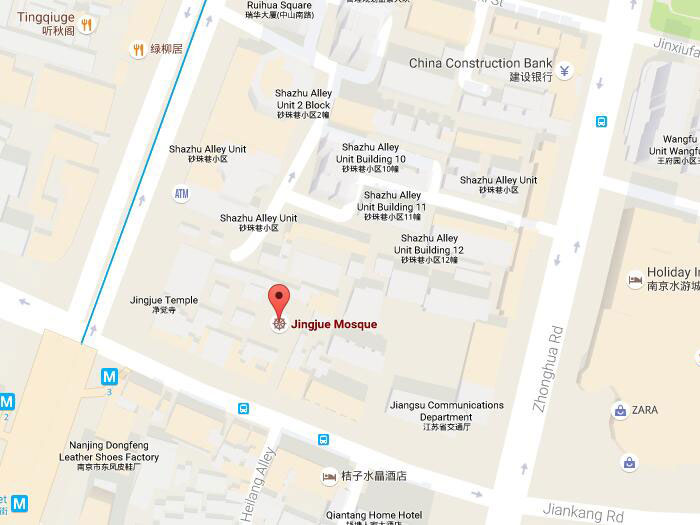 
Jingjue Mosque is located in Sanshan Street in the south of Nanjing; it is the earliest mosque in Nanjing. It is also a famous mosque with a longest history in Nanjing. This mosque was first built in 1388. It is said that the name of the mosque was granted by an emperor in the Ming Dynasty (1368-1644). In 1430, it was destroyed by fire, but it was rebuilt soon with the advise of a famous Chinese explorer, Zhenghe; A brick monumental gateway was built in 1430 .But it was destroyed for some reasons. The present one is renovated from original gateway by Nanjing Islamic Association in 1985. The mosque once had been destroyed in the war, then it was rebuilt twice during the Qing Dynasty.

The Jingjue Mosque covers an area of about 4000 square meters; it has been one of the largest and oldest mosques in the whole Nanjing City and even in the southeast coast cities at present. It is one of the municipal cultural relics protection units; and it is the right location of Nanjing Islamic Association. In major festival, the amount of Chinese and foreign Muslims can reach more than 3000 people. This mosque is Nanjing Hui people's center of holding activities about Islamic political, religious, cultural and foreign affairs.

The existing Jingjue Mosque has four courtyards; it has Plenilune floor, main hall, rear court room, imam room, north and south lecture room, etc...Behind the meeting house, there is a high wall, the highest wall in Nanjing's temples, which is said to be built in Ming Dynasty. Since the Ming and Qing dynasty, the scholars who played a great influence on Chinese Islam had held their academic activities here. Nowadays, this mosque is still the right place where Muslims carry on their Islamic activities.

The Jingjue Mosque is one of the most important Islamic buildings in China built in the Ming Dynasty. There are many precious cultural relics in the mosque, including important epigraphs left by emperors of vinous dynasties.

【How to get to Nanjing Jingjue Mosque】: It is sited in the city center, near Sanshan Street Subway Station. You may take Subway Line 1 to Sanshan Street Station and then walk there.