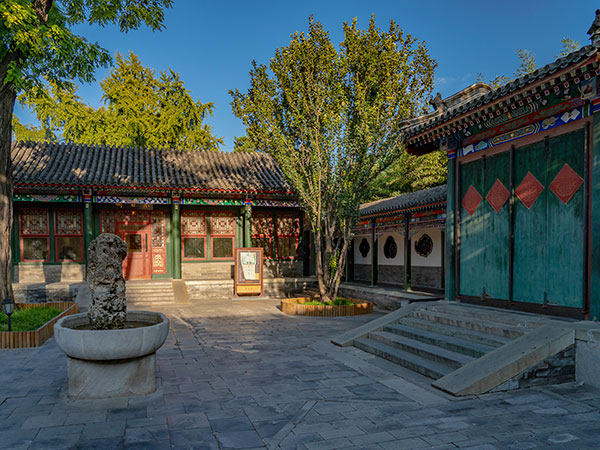 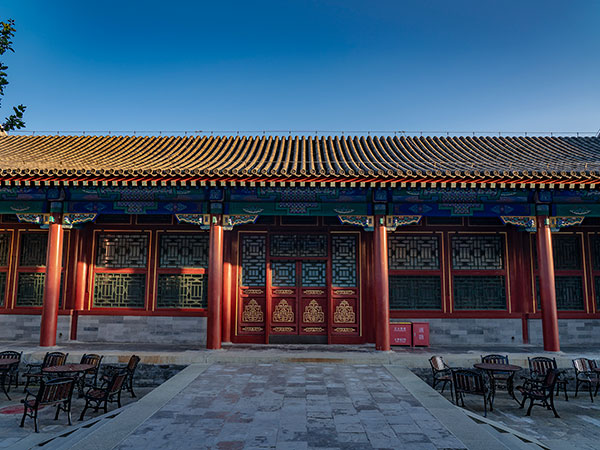 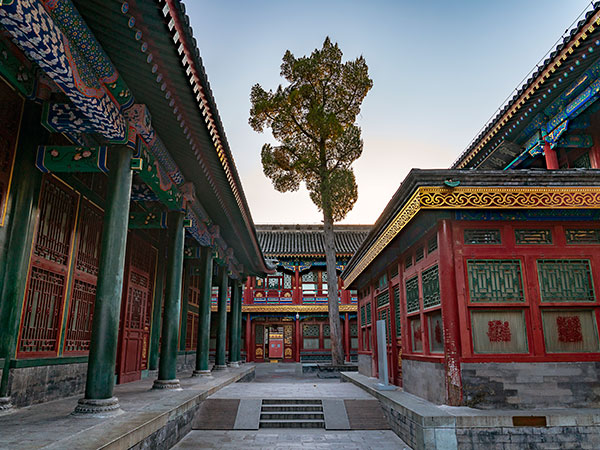 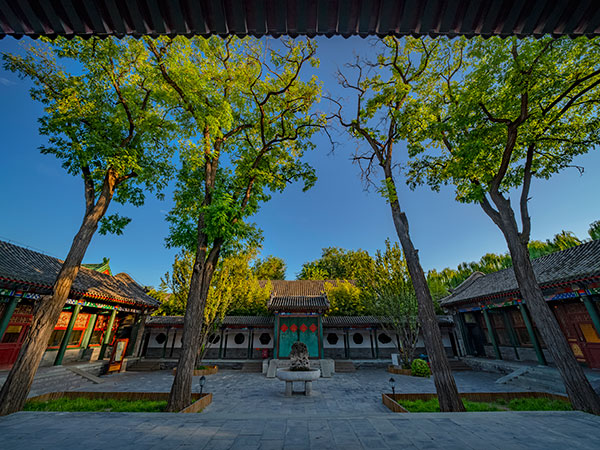 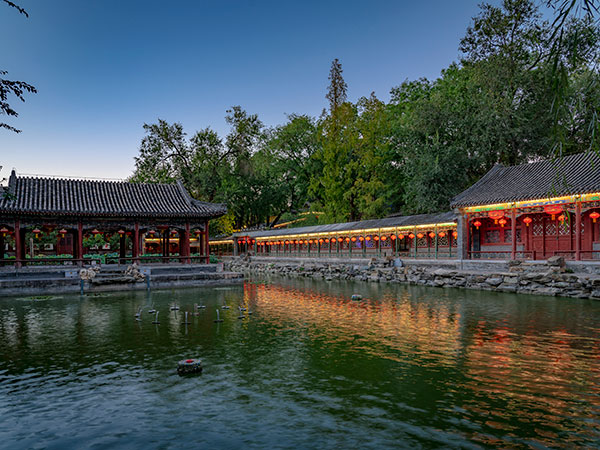 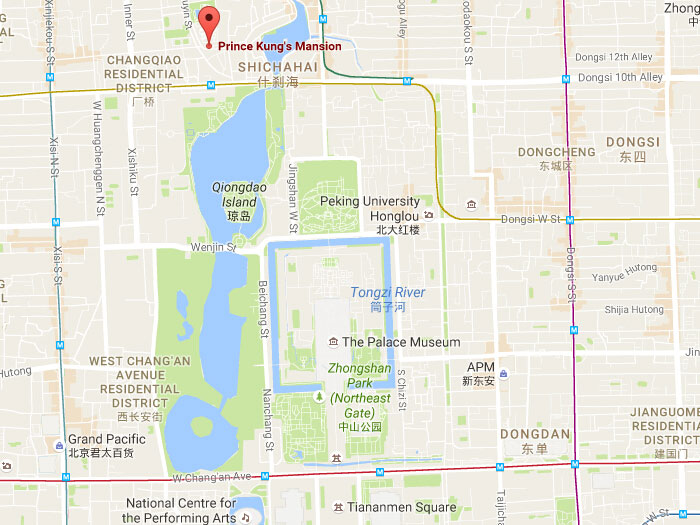 Prince Gong's Mansion is located near Shichahai Lake, to the northwest of the Forbidden City in Beijing. The private residence of He Shen, a favorite minister of Emperor Qianlong of the Qing Dynasty (1644-1911), it was built in 1777. In 1851, the mansion was bestowed upon Prince Gong by Emperor Xianfeng (1851-1862), hence the name. Sole prince's mansion open to the public, it is the most well preserved mansion in Beijing.

It is a typical mansion featuring an axle wire and the symmetrical style. It is honored as "Pearl on Shicha Lake". There is an amazing garden in the mansion called "Cuijin Yuan" which takes up a space of around 30,000㎡. The garden is embraced by U-shaped hills, with delicate and picturesque views inside. The garden is listed as one of the National Key Protected Cultural Relics. Some Redology scholars consider the garden to be the model of Da GuanYuan in Dream of the Red Chamber.

Prince Gong's Mansion is the largest Siheyuan in the world, consisting of three parallel building groups along the eastern, middle and western axis. Gardens are laid in the most inner area of the mansion, varying from each other with peculiar views. And each part consists of several rows of siheyuan or "four-sided enclosed courtyards arranged in strict accordance with the north-south axes. Prince Kung’s Mansion as the official residence of the Prince of the Qing Dynasty is regular in layout, excellent in technology and interleaving in buildings and halls, fully representing the royal style of resplendence, wealth and honor and the private charm of elegance but simplicity.

【Best time to visit】
Beijing has moderate climate in spring and autumn, such as April, May, September and October, which is an ideal tourist season. Especially in autumn, the autumn sky is clear and the air is crisp. In addition, the watch points of Beijing are cultural sites, scenic construction and local customs. These are not influence by climate, so you can come in all seasons for travel. In winter, travel agencies and hotels in Beijing usually offer off-season prices, one can save a lot money.