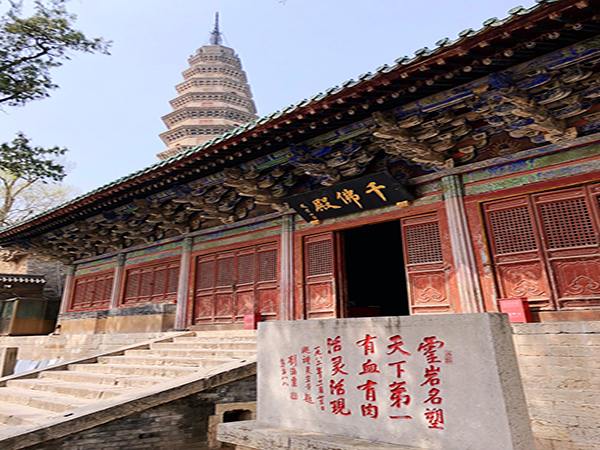 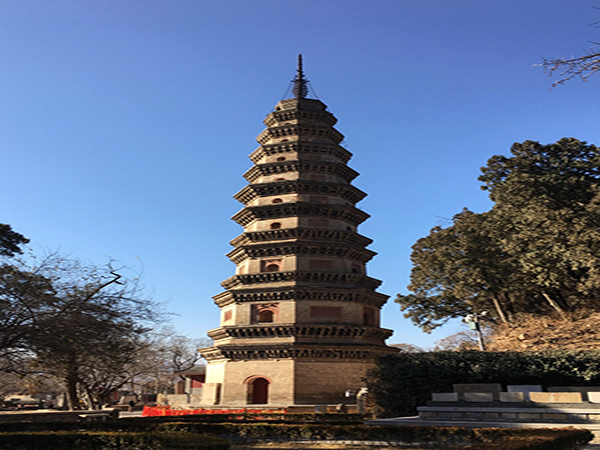 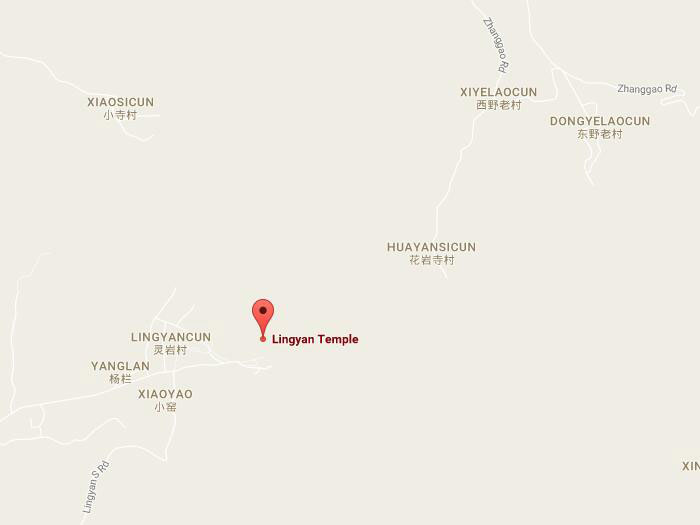 One of the top 4 temples in China.

Lingyan Temple, literally known as "Temple of the Spiritual Rocks", is a ancient Buddhist temple located in Changqing District, Jinan City, Shandong Province, China, about 20 kilometers (12 miles) north of the city of Tai'an. The temple grounds are situated in a valley on the western edge of the Mount Taishan range.

Lingyan Monastery is the first of ancient monastery of China. It is one of the major historical and cultural sites under the state protection. Lingyan Monastery first builds in the Eastern Jin Dynasty, revitalizes it in Northern Wei Dynasty, developed in Tang and Song Dynasty.

Lingyan Monastery is well-known with its long religious history and deep cultural inside information, statement that have "not to visit the Lingyan when visit the Tai mountain, it is not the traveling". Lingyan Monastery ridges and peaks wonderful and elegant, scene charming, by scenery deep and serene, spring stone pretty to world-famous for. The temple is surrounded by hills around, abstruse and deep and remote and remote.

The temple has a history of more than 1000 years. It was originally built in Eastern Jin Dynasty, and it gained a greater reputation during the Northern Wei (386-534), the temple reached its apex of importance during the Tang dynasty (618-907), Song dynasty (960-1279) and Yuan Dynasty. There were over 40 different wooden temple halls located at the temple complex, composing more than 500 monastic rooms. More than 500 Buddhist monks lived at Lingyan Temple during its height. The oldest architecture at the site are the various stone stupas and square-based stone Chinese pagoda in the pavilion style from the Tang dynasty.

The temple has a long history with rich heritage of Buddhism. Since the Tang Dynasty, it was ranked top first among the most famous four temples in China. The other three are Guoqing Temple in Zhejiang, Qixia Temple in Nanjing and Yuquan in Hubei. Lingyan Temple is now an important part of the world natural and cultural heritage of Mount Tai, as well as a national key cultural relics protection unit.

Lingyan Monastery ridges and peaks wonderful and elegant, scene charming, by scenery deep and serene, spring stone pretty to world-famous for. The temple is surrounded by hills around, abstruse and deep. You can not only enjoy the breath-taking natural sceneray, as well as the ancient buildings inside the temple.

The basic structure of the pagoda is built of brick, although the exterior facade has carved stone elements. At the base of the pagoda is a stone pedestal carved on four sides with scenes of the Buddhist afterlife and torture scenes in Hell. The first, second, and third stories feature balconies supported by typical Chinese dougong brackets. From the fourth story until the ninth, there are only pent roofs and no balconies.

【Thousand Buddha Hall】
It is so named because there are many Buddha statues in the hall. This temple was originally built in the Tang Dynasty, and was rebuilt many times in the Song and Ming Dynasties. The existing wooden structure we now see is rebuilt in the Ming Dynasty. The hall is seven bays wide and four bays deep. The Buddhist temple is constructed on a tall pedestal in the mountain. The most popular things with tourists and experts is the forty colored clay Arhats statuesarranged around the interior hall, of which thirty-two clay Arhats statues were made in 1066 in Song Dynasty, and eight in the Ming Dynasty. They are called the First Statues in the World. These colored clay statues are set at 80 cm high brick pedestal. When ancient artists shaped these clay Arhats, they broke the traditional pattern of Buddhist statue, focusing on realism with strong secular flavor and taste of real life. Molded on real persons, the arhats are vivid, showing happiness, anger, and grief. They are different to each other.

【Stupa Forest】
Stupa Forest homes the cemeteries of ancient eminent monks in this temple through the ages. With various styles and elegant sculpture, these tombs and dagobas were apotheosis of stupaes in the past thousand years, and were famous together with the Dagoba Forest of the Shaolin Temple in Henan Province. There are 167 stone tomb pagodas, 81 epitaph and stone tablets, which dates back to Northern Wei, Tang, Song, Jin, Yuan, Ming and Qing dynasties. The tomb pagodas are composed of Tazuo, bottle tower, Tasha of three parts, basically the same as dedicated to style. Tazuo has a square, circular or octagonal shape, embossed with plutonium. There is usually an epitaph or stone tablets beside the pagoda, which recorded the life story and experience of monks. They witnessed the history of Lingyan Temple and are precious historical datas for the study of the history development of Buddhism.

• Address: at the south piedmont of Taishan Mountain, Changqing District, Jinan City, Shandong Province.
• Opening hours: 08:00am-5:00pm
• How to get there: Traveling to Lingyan Monastery is not so convenient. So far, there is only one direct bus leaving from Changqing District to the temple, which departs at 6:50am from Changqing Lingyan Temple tourist management committee and return at 5:00 from Lingyan Temple. In stead, you can take buses that leave for Tai’an from the square of Jinan train station, then get off at Lingyan Monastery Square, then transfer to a taxi to take you to the temple(10 mintues).