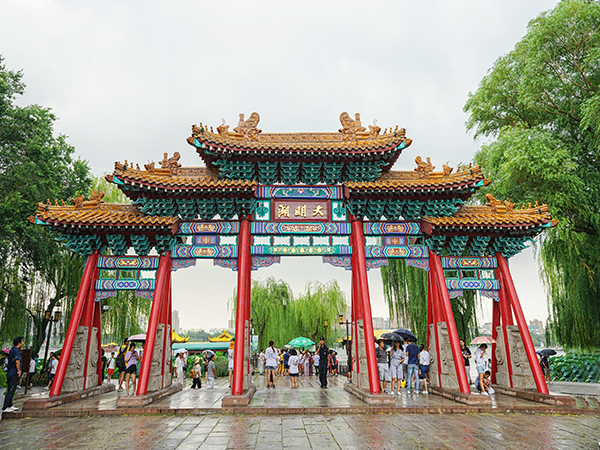 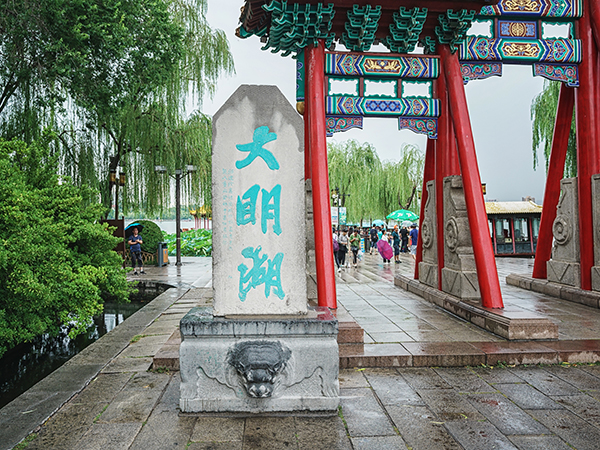 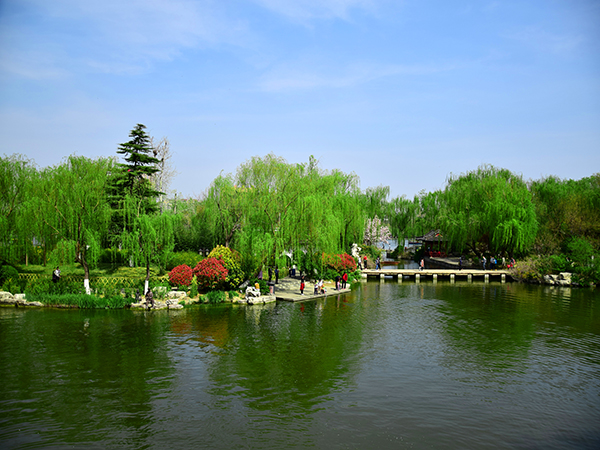 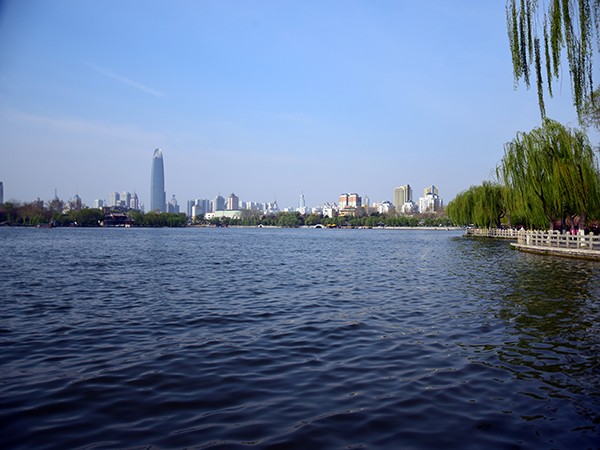 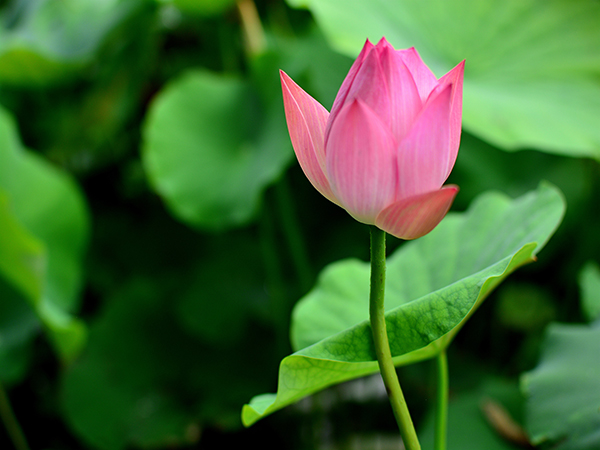 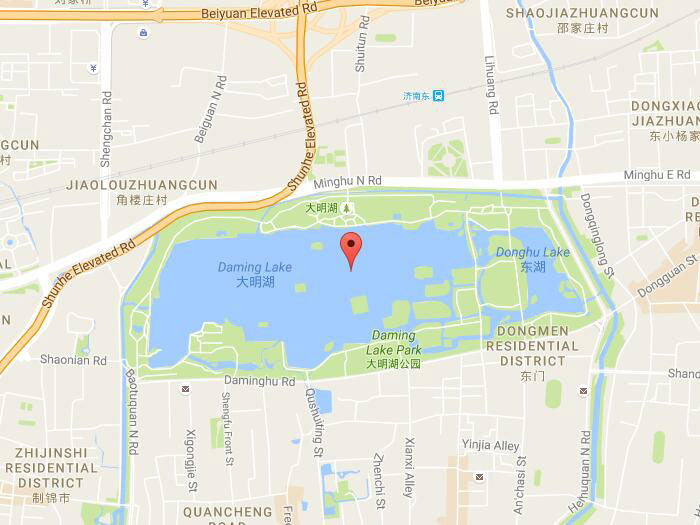 One of the top 3 scenic spots in Jinan.

Daming Lake is a natural lake formed after all springs converge. The spring was flowed into by the south bank, was built in the north water valve on the north bank and flowed out since Song Dynasty when water is full, formed by waterproof igneous rock in the lakebed, therefore "the permanent rain does not rise, do not dry up long and on land" in the lake water, mystery ecological naturally that has "snake disappears, the frog does not chirp".

In 13 century, the Italian traveler, Mark Polo marveled here as "what a beautiful landscape of lake and rocks." In the center of the lake perches the Lixia Pavilion.


Daming Lake Park covers an total area of 86 hectares, of which 46 hectares is lake surfaces area. Depth of water in Daming Lake is average 2 meters. Lake have Lixia Pavilion, upon which hangs the horizontal name scroll written by an ancient emperor and the vertical scroll, "Old is the pavilion in central China and many are celebrities in Jinan", written by Du Fu. The glistening light of waves of lake water is clear, the fish dive that the kite flies, the pleasure-boat walks. Many lotuses all over growing from ancient times in Daming Lake, the lakeside weeping willow is in accordance with depending on, the flowers and trees are luxuriant and well-spaced, "three pieces of willow of lotus on four sides, lake of half a city of color of mountain of a city" is the best portrayal of her scenery.

Daming Lakes not only impress you with the natural view around the lake area, but cultural buildings and relics. The lake is surrounded by a park with an ensemble of historical buildings, including pavilions, temples, gardens, bridges, etc. Highlights to see can be as follow.

【Lixia Pavilion】
Lixia Pavilion Lake is located on the surface of the lake islands, the largest island. Because it is sited on the foot of the Lixia Hill, so it got its name. The pavilion is facing the water at four sides and surrounded by willow trees. The building was built by red bars and grey tiles with octagonal eaves, simple and elegant.

【Beiji Temple】
Beiji Temple, also known as the North Pole Temple or Zhenwu Temple, is located in the northern shore of Daming Lake. It is a Taoist temple originally built in AD 1280 in the Yuan Dynasty, and then rebuilt in Ming Dynasty. The temple was built on the seven-meter stone high stone platform, and consist of the front hall, bell tower and several side halls. Immortal frescoes painted on the wall of both sides of the main hall are with high artistic value.

【Tie Gong Temple】
Tie Gong Temple is located in the western end of the northern shore of Daming Lake. It was built in AD 1792 in Qing dynasty, to commemorate the Minister of the Board of War of Ming Dynasty, Tie Xuan. Tie Xuan was renowned for his heroism and loyalty in the defense of the city against the rebelling Prince Zhu Di, the later Yongle Emperor. The memorial hall was erected during the times of the Qing Dynasty. The Tie Gong Temple is an ethnic-style courtyard. Covering 6,000 square meters, it consists of winding corridors, and three ancestral temples. The temple has quite environment with pinery and simple and elegant buildings.

【Huibo Building】
The Huibo Building or "Joining of the Waves Building" is located near the east gate of Daming Lake Park. It stands on the site of the watergate that controls the outflow of the Daming Lake into the Xiaoqing River.