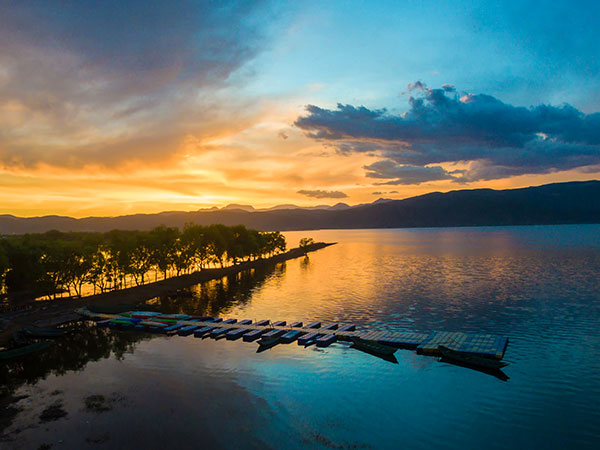 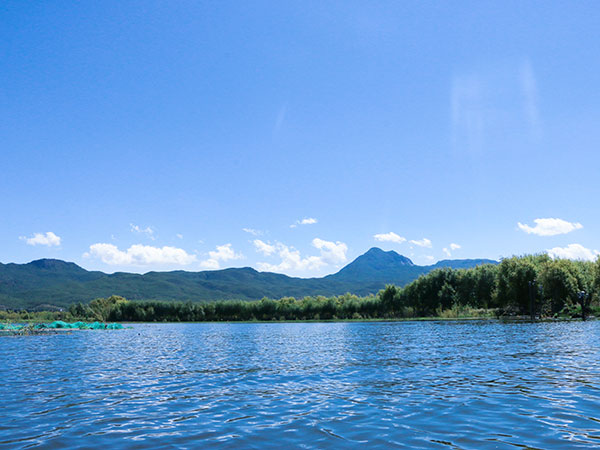 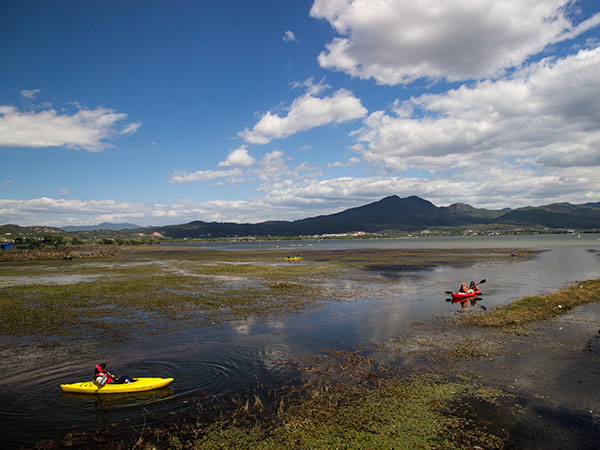 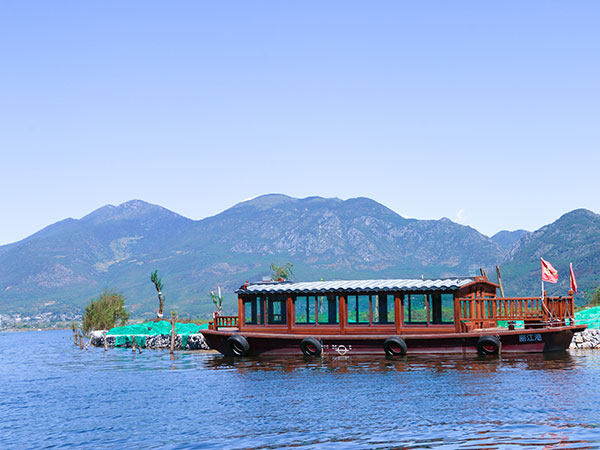 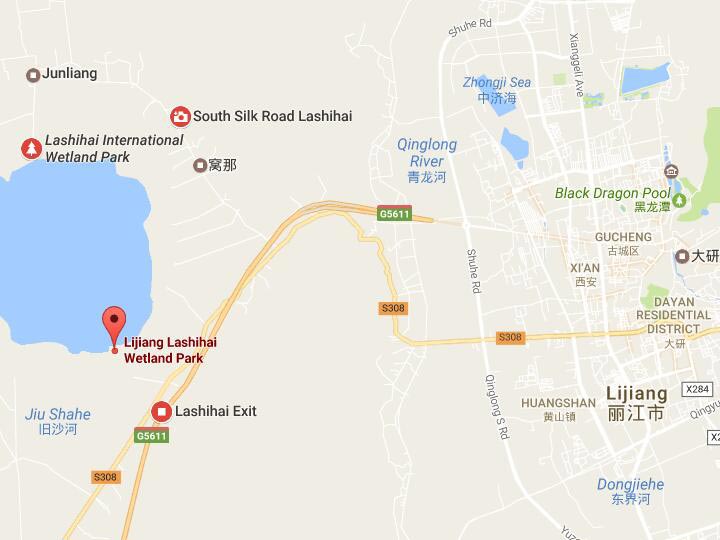 A pure and fresh grassland wetland in Lijiang; destination for an outing in summer and for bird watching in the winter


Lashi Lake, located in the west side of Lijiang County about 10 km away, is the first wetland reserve in Yunnan. “Lashi” is an ancient Naxi language that “La” means poor ground and “Shi” means new.
Lashi Lake is a fault-structure lake, and also corrosion by limestone karst. The sources of Lashi Lake are Qingshui River in the south direction and Meiquan River in norther direction. In the past, Lashi Lake is in distinctive seasonal climate. During the rainy season, the water level can be in 9 meters depth with about 180 million cubic meters water storage. While in dry season, the lake will be even dry to see the bottom. In 1980s, water conservancy was built here. A giant dam was built for controlling the water flowing direction. After this project, Lashi Lake turned into a highland lake from the seasonal lake. The mirror-like lake reflects the Jade Dragon Snow Mountain. And during winter season, birds come to here for resting or flying. All of these make Lashi Lake in a unique highland wetland.

The Origin of Lashi Lake

Lashi Lake was original a part of ancient geosyncline in Northwestern Yunnan Province. During the Yanshan movement (occurred in period of Jurassic and Cretaceous) in Mesozoic Period, this area gradually formed into the ground. And till Miocene period, it developed into a peneplain. With the movement of Hengduan Mountains, this peneplain was divided into three different heights highland basins between the late Pliocene and early Pleistocene periods. These three basins named Lashi basin, Lijiang basin and Qihe basin. Lashi basin is the highest basin. The wetland of this basin is still kept till now called Lashi Lake, with an altitude of 2,437 meters.

There are 57 species birds in Lashi Lake wetland. Annually, around 30, 000 birds will stay here for the whole winter. Among these birds, there are 6 endangered species including bar-headed goose (only can be found in Qinghai-Tibet Plateau), first-grand state protection bird Chinese merganser, black-neck cranes, black storks, etc. Thus, Yunnan provincial government authorized Lijiang Lashi Lake as the official highland wetland reserved in June 1998, including Lashi Lake, Wen Lak, Jizi Reservoir and Wenbi Reservoir. The total area is about 6,523 hectares. And the main part Lashi Lake is in an area of 5,330 hectares, as the paradise for migrant birds.
The large groups of migrant birds come to here annually. It makes Lashi Lake gradually known by the rest of the world. Although it is not a well constructed scenic area, the tourists who have been there are still surprised at the rich resource of birds species.

【Bird Watching】Best time to visit Lashi Lake is Dec. It is the best time to have the bird watching. And birds can be saw easily in the morning and the evening.

【Sightseeing】The most beautiful place of Lashi Lake will be Mei Spring. Sourcing from the conjunction of Wohu Mountain and Beidou Mountain, spring water flows from jagged ricks, as green as the top level jade, the bottom can be seen even the water level with 6 meters depth.

【What to Eat】Roast fish can be a try. When sailing boat on the lake, you can buy some roast fish.

【Horse Riding & Boating】Many horse ranches can be found in Lashi Lake, according to different lengths will be charged differently, from CNY 100 to 300, including a riding and a boating and a meal

【Shuttle bus】Go to parking lot near Zhongyi Market of Lijiang Ancient Town, you can see mini vans with signs to different villages of Lashi Lake, choose the right one, generally costing CNY 4 - 5 one way

【Taxi or Vehicle renting】Taxi or vehicles can be easily found in Lijiang county, go to Lashi Lake is generally about CNY 30 - 50 one way. Note: better to rent the vehicle for the round way because it is hard to find a vehicle back to Lijiang

【Biking】Renting a bike and cycling to the Lashi Lake by yourself, about 1 hour, moderating level, cost CNY 100 - 150 renting bike per day