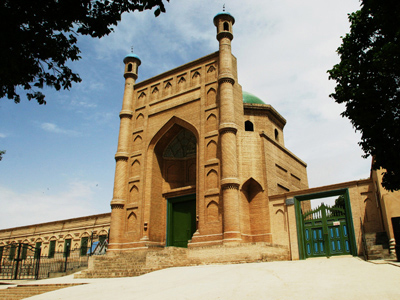 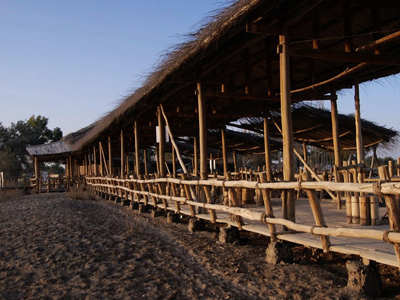 
The Kuqa Mosque is the second largest mosque in Xinjiang, right after the Id Kah Mosque in Kashgar. Made of bricks, it was reconstructed after the original mosque was burned down in 1931. Within its compound is Xinjiang's sole religious court. Kuqa Mosque is the only mosque in China having preserved the Shariya (Islamic Court) System.