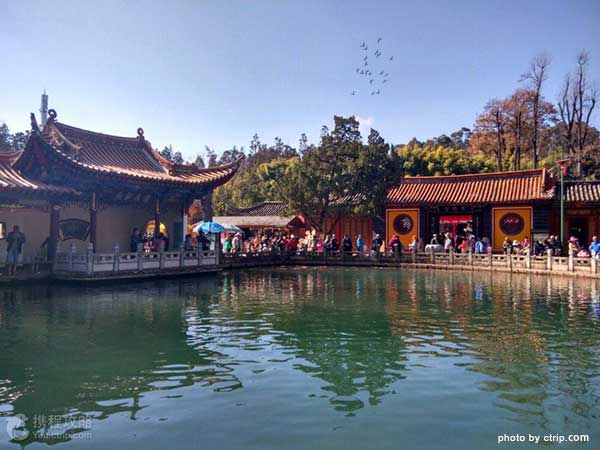 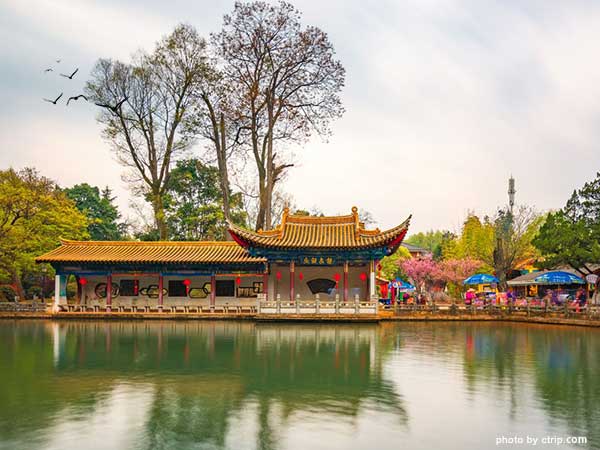 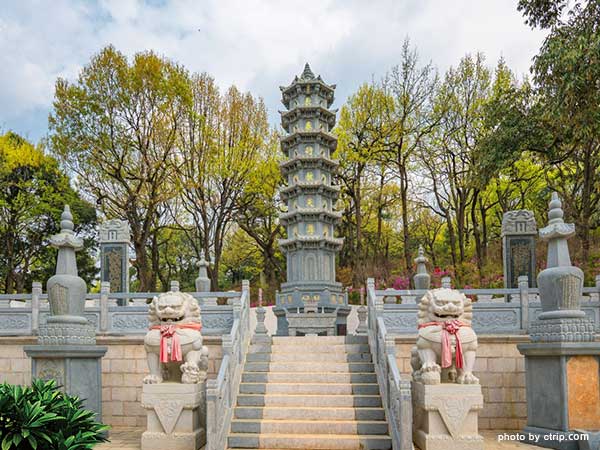 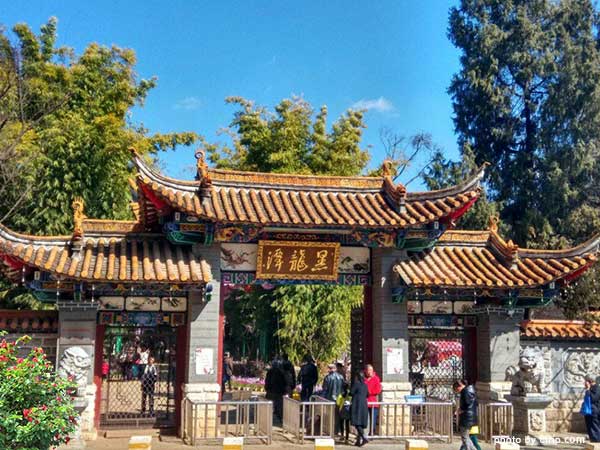 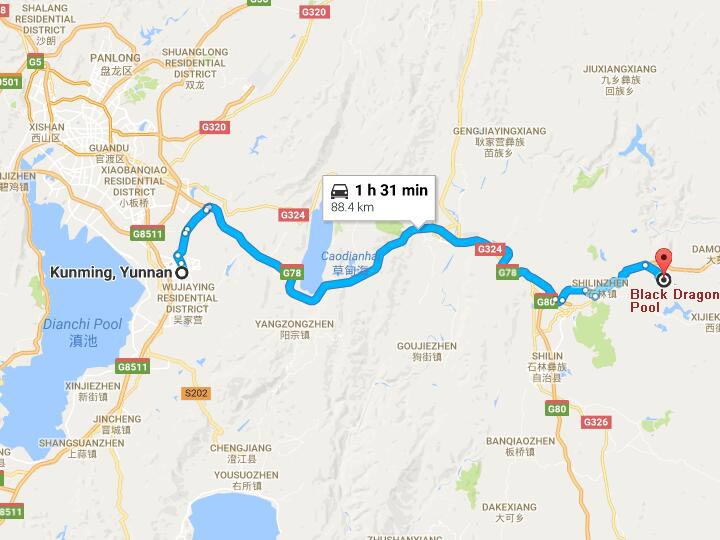 Good site to have leisure walk; perfect site to appreciate plum blossoms in winter in Kunming


Black Dragon Pool Park (Chinese name: 昆明黑龙潭公园), or known as Hei Long Tan Park, is located at the foot of Longquan Hill, about 17 kilometers (10 miles) north of the center of Kunming. In this park, the most famous site is the Black Dragon Pool, which has an area of 600 square meters. The pool is divided into two parts by a bridge, and although the water is connected, the water at two sides has different colors and it is clear at one side but turbid at the other side. The fish in either side never swim to the opposite part of the pool. How strange! Moreover, for hundreds of years, this wondrous pool has never dried up, even in drought years.

In fact, centered by the Black Dragon Pool, there are also many attractions in this park, including Longquan Upper Taoist Temple and Lower Taoist Temple, Plum Garden, Azalea Valley, Red Maple forest, etc.. The Black Dragon Pool is only one of highlights of the park. There is a very cool stream running throughout the park and you can follow it up through bonsai gardens, different plantations and different types of trees.

Near the Black Dragon Pool to the right is the Black Dragon Palace, which is commonly known as the Lower Taoist Temple, because when you walk along the stone steps, you come directly to the Upper Taoist Temple - the Dragon Fountain Temple, which is hidden among ancient trees. The Dragon Fountain Temple is the largest Taoist temple in southern China. This temple was originally built in 1394 during the reign of Emperor Hongwu of the Ming Dynasty and later rebuilt in 1454 during the reign of Emperor Jingtai of the Ming Dynasty, so it has a hundreds-years-old history. The whole palace consists of three halls and two courtyards, including Thunder Deity Hall, North Pole Hall, Sanqing Hall, Jade Emperor Hall and some other halls in which the Dragon King (the God of Rain in Chinese mythology) and other deities of Taoism are worshiped.

Just a short stone steps up, it is the Dragon Fountain Upper Taoist Temple. The main buildings of the temple include Leishen Hall, Beiji Hall, Hall of Jade Emperor, Sanqing Hall and other halls and courtyards. And building complex rises along the hill.

In the north of the Upper Taoist Temple, it is the Plum Garden, which is also the highlight in this park. It is the best place to see the plum flowers in trees and bonsai, especially in winter, which is most beautiful Chinese horticulture art. The Plum Garden covers a total area of 28.5 hectares and plants all varieties of plum trees. The garden is divided into four areas: plum bonsai area, plum cultivars area, fruiting plum area and Plum blossoms admiring area. When winter comes, this garden is decorated with all kinds of plum flowers in blooming, which attracts many tourists and the local to admiring plum flowers here.

It would take about 2 hours to tour around the park. Here you can enjoy beautiful view with bridges and temples and lake with a beautiful snow capped mountain behind it. The park can be busy on the weekends, but quiet during the weekday.

【How to get to Black Dragon Pool in Kunming】To get here, you can take the Subway Line No.2 in blue to the second last stop Long Tou Jie Stop (龙头街站) and walk 20 minutes to get there. Or you can take the Bus Route NO. 9 in Kunming downtown and it brings you right to the main entrance of the park.  It is recommended to spend one or two hours to tour around the park.