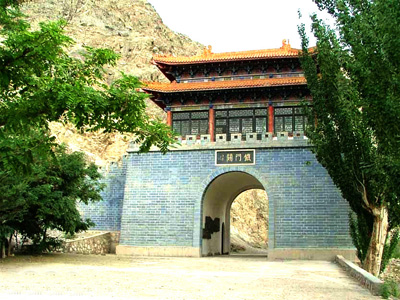 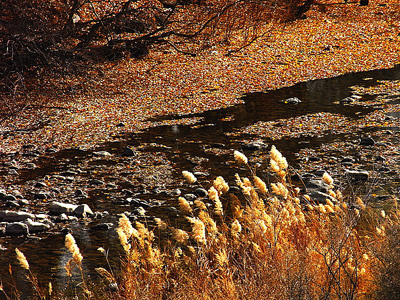 Following the gorge of the Peacock River, the Iron Gate Pass, also called Tianmen Pass, connects the Yanqi Basin and Tarim Basin in central Xinjiang. The main settlements linked by the pass are the town of Yanqi to the nor th and the city of Korla in the south. It was of strategically historical significance because it formed a vulnerable bottle-neck on the Silk Road. A military checkpoint was established at the pass during the Tang Dynasty.

Nearby there are two graves in which a couple that died for love and freedom was buried. Tzuohla, Princess of the ancient Yanqi .The viperous premier tried to kill Tayir. While trying to escape, the couple fell down the gorge.