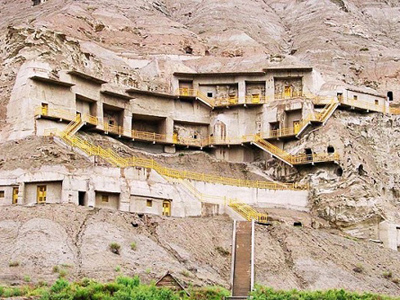 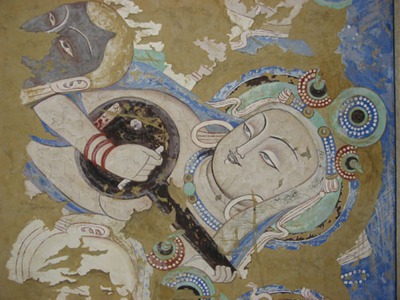 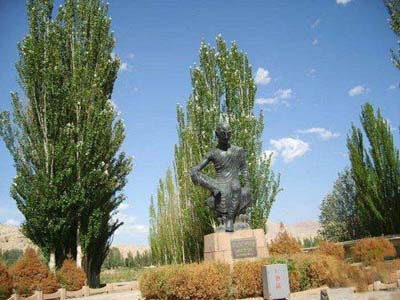 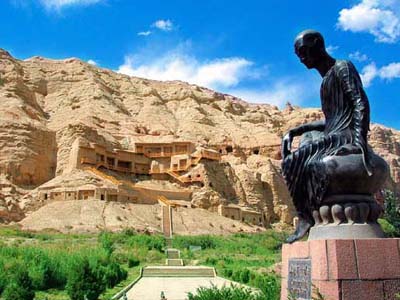 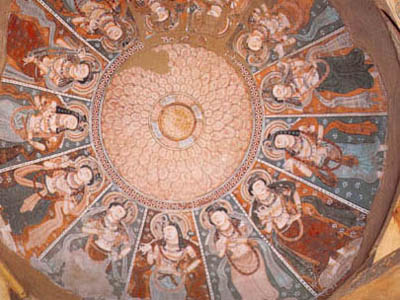 
6 km (37 miles) east of Baicheng County, the Kizil Thousand-Buddha Caves sit on the cliffs on the northern bank of the Muzat River. Carved from 3rd century to 9th century, the cave is the earliest Buddhist cave complex in China, even one century earlier than the famous Mogao Grottoes in Dunhuang. Currently there are 236 coded caves in the Kizil, and the murals in the caves are reputed as "the most beautiful murals in Central Asia".

Murals and other forms of Buddhist art found in the Kizil Thousand Buddha Caves showcase a splendid culture that once prospered in KUcha, an ancient oasis kingdom in what was known as the Western Regions in the Han Dynasty (206 BC-AD 220). With Kucha town as its center, the ancient Kucha kingdom once stretched its territory to the foot of the southern hills of the Tianshan Mountains in the north and the Taklimakan Desert to the south, today’s Baicheng County to the west and Yanqi Hui Autonomous County to the east.