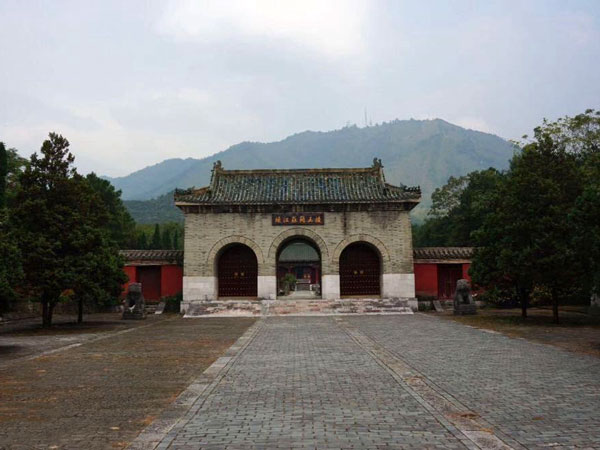 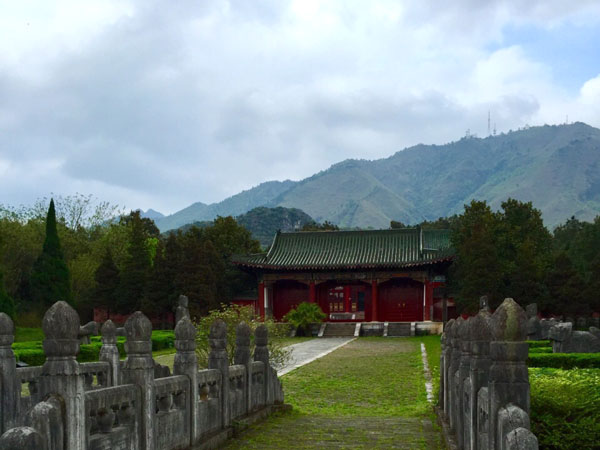 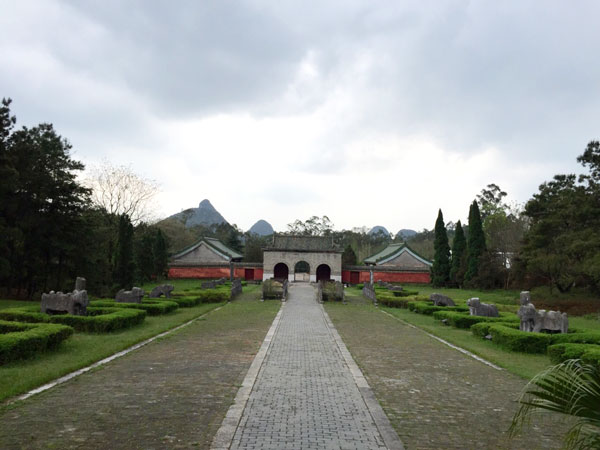 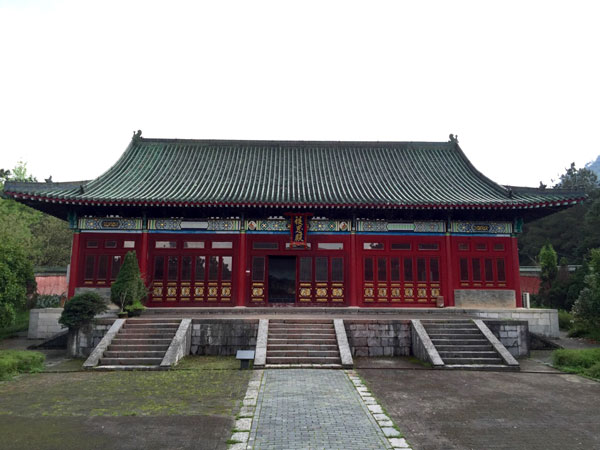 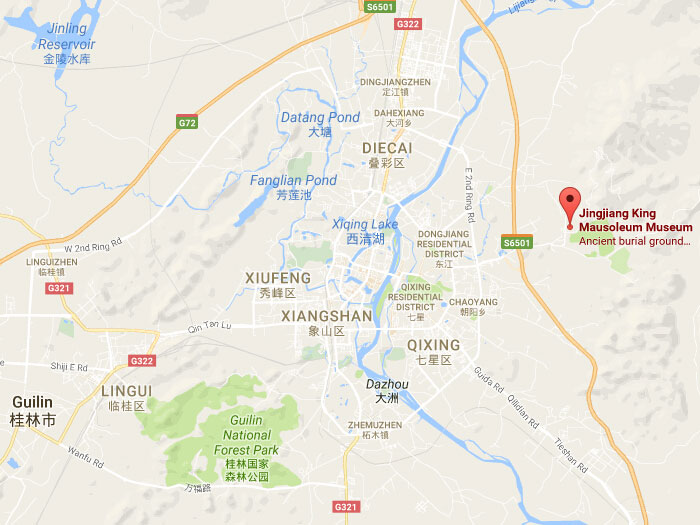 A famous historical site in Guilin

Jingjiang King Tomb, covering over 100 square meters, are the most famous attractions in the Guilin Yao Mountain scenic area. It is a mausoleum for a royal family - the Jingjiang Family in Ming Dynasty whose eleven generations were buried. The 300 well-preserved tombs making up the biggest ancient tomb group in south China.
Completed in 1996, a 1,416.18 meter long cable car connects the top and the foot and offers bird's-eye views of wonderful peaks and surrounds. The 1,000 m sloping track has 18 curves, which enables tourists to travel through mysterious forest.

Now the well-preserved tombs have become important relics of culture and history in Guilin City. The mausoleum in large size has about 210,000 square kilometers, while small ones cover an area of 4,600 square kilometers. Except the tomb of Diaoxi Seignior sits in the east and faces the west, others all sits along the mountain and faces all directions.

In accordance with the regulation and the identities of the dead on the ground Jingjiang King Tombs can be divided into six categories.
The first category is the princess joint burial（王妃合葬墓）, known as the Jingjiang King Tomb, a total of 10. It is the highest level; the cemetery area ranging from 300 mu, the layout is rectangle commonly.
The second category is the tomb of inferior princess（次妃墓）, a total of four; The level is inferior to the princess's joint burial. The cemetery layout is similar to princess tomb, but slightly smaller, and with less 2 pairs of stone figures.
The third category is tomb of died eldest son (of the emperor by his empress) before inheriting（未袭而卒的世子墓）and the tomb of son rather than the wife’s eldest son of auxiliary general（别子辅国将军墓）, the level is lower than the inferior princess's tomb, and the stone figure is lesser, there is 7 pairs or less.
The fourth category is supporter-commandant of the state tomb（奉国将军墓）, cemetery area and stone figure is less than general tomb.
The fifth category is the lieutenant's tomb of defender- lieutenant of the state tomb（镇国中尉墓）, auxiliary lieutenant tomb（辅国中尉墓）, and supporter- lieutenant of the state tom（奉国中尉墓）3 class. The cemetery area, stone figure decrease successively, generally there is only a fence and tombstone, no funerary temple and stone figure.
The sixth category is the county lord（县君, imperial daughter or titled women）, township lord (乡君,titled women) and other imperial women clan's tomb and the tomb Jingjiang king concubine (maid accompanying bridge to her new home) tomb. It is the lowest level, no walls and stone statues, only burial mound and the tombstone.

【The Earth’s Surface Stonecutting Ceremonial Weaponry】
The most intact in Jingjiang King Tombs should be the Earth’s Surface Stonecutting Ceremonial Weaponry of the eleventh tomb, there exist 334 statues. It not only rare to see in number among all king tombs in the country, and basically it started and ended with the Ming dynasty, both inherited and developed with the age, and to created a set group of huge stone carving. There are six sculpts of baluster, sacrifice path tombstone, tamed animals, beast of prey, mythical creatures, and Wengzhong. From the perspective of different age, different angle, they reflected the different style, which not only showed the royal dignity, and reflected the ancient artists art pursuit and achievement. At the same time they also provided a set of relatively complete material for us to study seignior tomb of Ming dynasty tomb regulation.
【Museum】
Jingjiang King Tomb Museum is opening up after recovering (in 1987) Zhuangjian King Tomb (third generation of Jingjiang King Tomb), and it is part of the Jingjiang King Tomb where display unearthed cultural relics. Antiquarian archaeologically excavated two king's tomb and part of imperial clan tombs in the 1970s, and they found luxuriant treasures buried with the king in the dungeon of Jingjiang tomb like ceramics, gold and silver ware and jade, among them the majority with ceramic ware, especially in the blue and white plum vase for the most, up to more than 300 pieces, more than 10 varieties. The burial objects, from one side it reveals that the Jingjiang king luxuriant life and burial system of Ming dynasty. More precious, Jingjiang King Tomb area unearthed a total of about 50 square the epitaph, because its contents are true and correct, which has important historical value; And because of its exquisite calligraphy and of high artistic value, it is extremely valuable raw materials of researching the Guilin local history, Ming dynasty seignior system and calligraphy art.

【The Most Intact Ming Dynasty King Tomb】
There were a total of 13 Jingjiang kings, and 11 were buried in Guilin. The tomb that can be visited is the third king tomb--Zhuangjian King Zhuzuojing and his princess. Cemetery covers an area of eighty-seven mu, and it has two parts of outer and inner. Enter the mausoleum doors, there are three brick plastered sacrifice paths. From Sacrifice Path to inner place people can visit to magnificent Funerary Palace, where is the main site of sacrifice. Behind the palace is the imperial burial place. On the right and left of tomb are two banded shape hills, spread pine and cypress, and red walls, historical sites and natural scenery is integrated as one.

How to Get to Jingjiang King Tombs

If you take bus in downtown, you can take bus No.10 then transfer to bus No.24 (or take bus No.24 directly) and get off at the previous stop of GUAT (Guilin University of Aerospace Technology), and then walk to Jingjiang King Tombs Scenic Area. It is recommended to spend 30 minutes to 2 hours to visit inside.