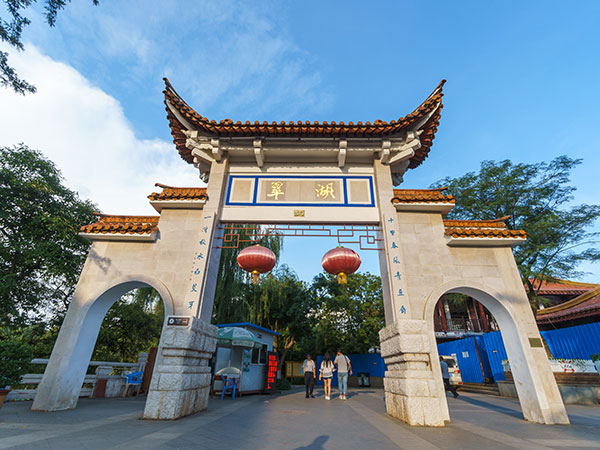 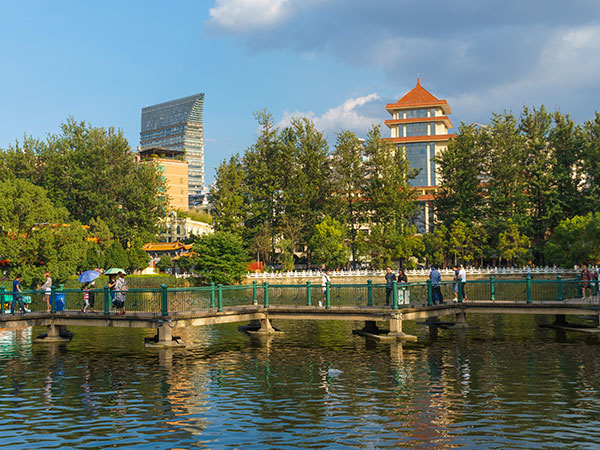 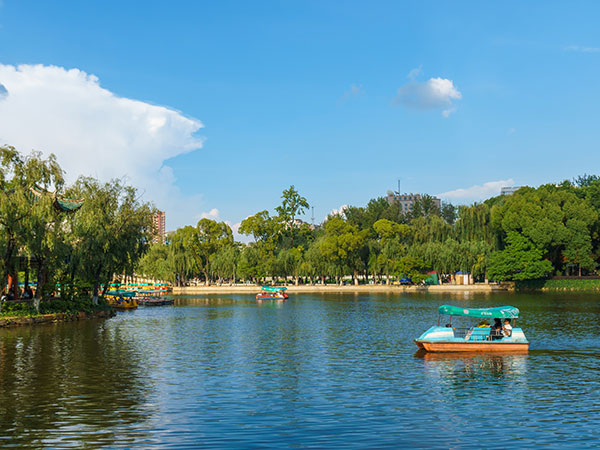 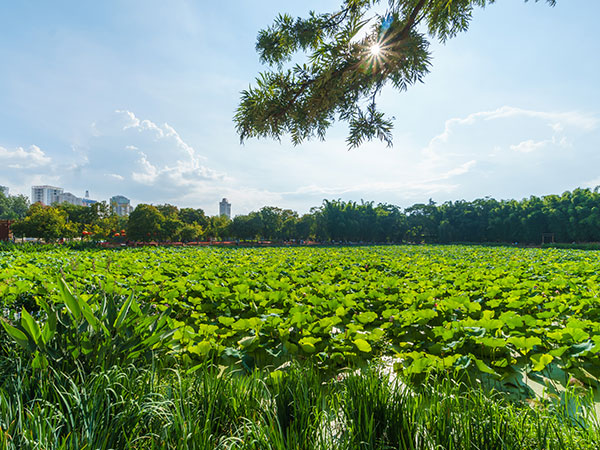 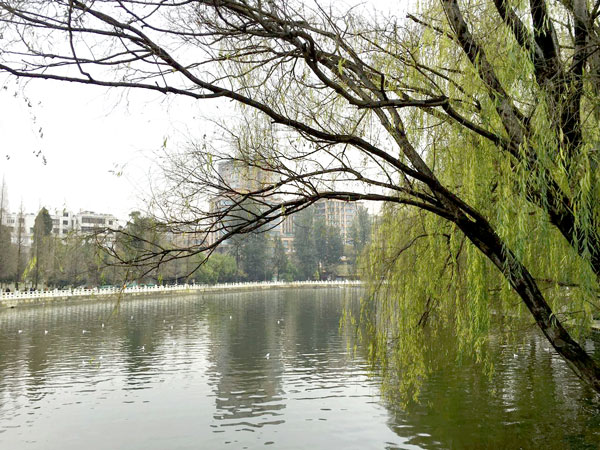 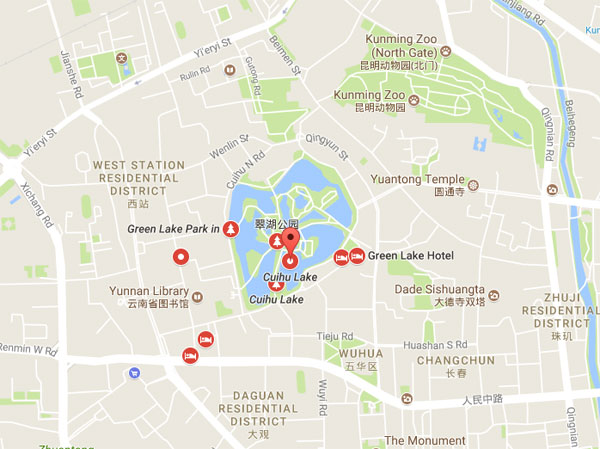 
Green Lake Park, or Cuihu Lake Park, is located at the foot of Luofeng Hill and the Wuhua Mountain, opposite to the Yunnan University in Kunming. It was originally named Caihaizi and used to be a bay of Dianchi Lake. As the water level of Dianchia Lake declined and a small lake was formed. It is also named “Jiulong Lake”, as there are 9 mouths of spring at northeast of the lake.
Green Lake Park is one of the most beautiful parks in Kunming. The water is green, the bamboos around the lake are green, and willows in summer and spring are green, hence the name. It is reputed as the emerald of Kunming City.

Dating back to Yuan Dynasty (1271 - 1368), it was a bay of Dianchi Lake out of Kunming City area. Later it became a lovely city lake and had been favored by many local governors who liked to build pavilions here since Ming Dynasty (1368 - 1644).
The Ruandi Embankment across Green Lake from south to north was built by Ruanyuan, the governor of Yunnan and Guizhou, in 1834. And the Tangdi Embankment extending from east to west was built by Tangjirao, a commander of KMT, in 1919. The two embankments divide the park into five scenic areas. 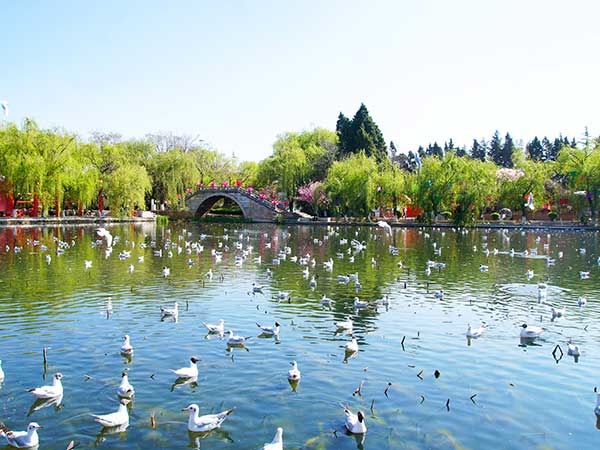 Mid-Lake Islet is right in the middle of Green Lake Park. The highlights are the Mid-lake Pavilion, Guanyu (Fish-watching) Tower, and the Qing Dynasty architectures. Mid-lake Pavilion is also named Biyi Pavilion, with two courtyards for exhibitions.
To the west of Mid-lake Pavilion are the Lotus Temple and the Free Life Pond, built in 1867 during Qing Dynasty. Today, the temple has become a recreational Palace, while the pond is a classical garden on water. On the northeast corner is the Zhichun Pavilion, where there are people singing folk songs during the festival.

In the southeast of Green Lake Park, Goldfish Island is a good place for walking, resting and tea tasting. There are cedars, camphor and other trees growing beautifully on the islet. Flowers around the paths, birds singing and slow wind on the islet are so pleased for visitors.

Bamboo Islet is in the northwest of the park and full of different varieties of bamboos. Folk artisans and singers usually get together here. They like singing songs, dancing, acting and doing some improvisational performances, making the islet very lively.

Each year, from November to next March, groups of black-headed seagulls fly from Siberia and Northeast China to Kunming, the Spring City, and spend their winter holiday at Green Lake. It is a good time to watch thousands of seagulls resting and enjoying themselves on the warm lake. You can buy some bird food and feed them.

It is suitable to visit the park all year round, especially in summer and winter. In summer, the lotuses blossom very well. In winter, groups of gulls fly to the lake, which is a very grand scene and offers both locals and visitors the opportunity to be close to the lovely birds

How to Get to Green Lake Park