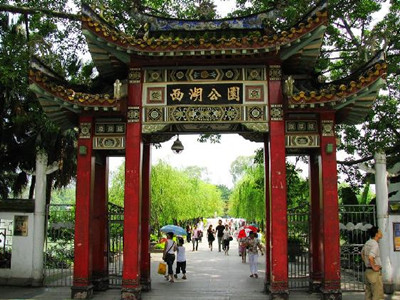 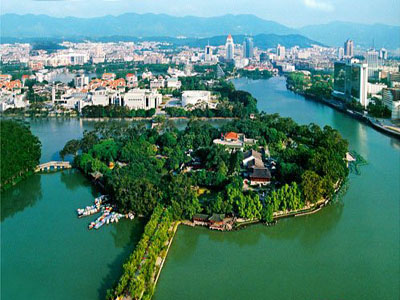 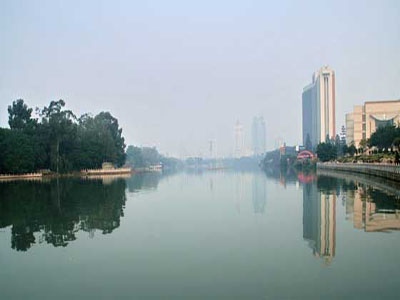 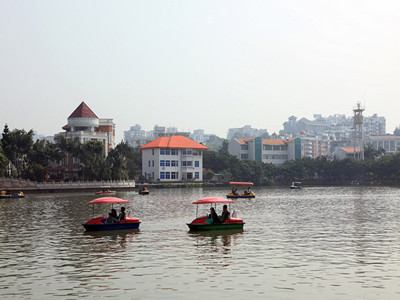 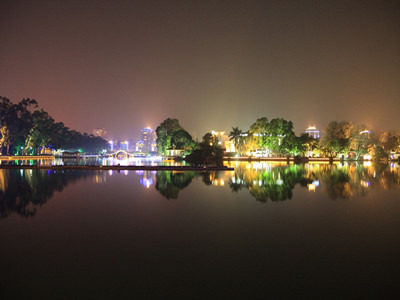 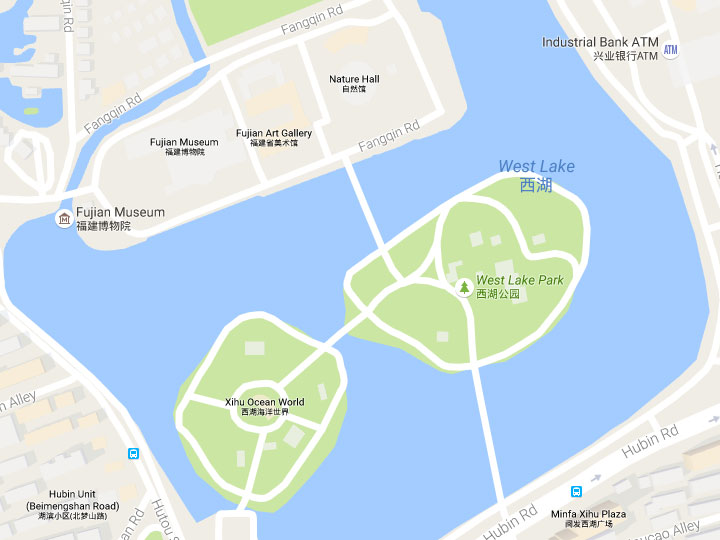 The most completed classic garden in Fujian.


There are a few West Lakes in China; among which, Fuzhou West Lake is believed to be one of the most well-liked besides Hanzhou West Lake. It is sited in downtown area of Fuzhou city, Fujian Province, China. The West Lake Park is the most well-preserved and intact classical garden in Fuzhou, with a long history of up to 1700 years. It covers an area of 42.51 hectares; among which, 30.3 hectares are water area, which is also regarded to be "a bright pearl of Fuzhou gardens". As it is free to the public, many local people, especially the old, go for a walk or do exercise in the park in the morning or evening.

West Lake is quiet and gorgeous with its beautiful natural sceneries; hence, it attracts lots of men of letters and painters in ancient times to leave their plentiful praising sentences as well as paintings.

【Willow Bank】Here is the first view while getting into the West Lake Park. It is 18 meters in width, and 139 meters in length. In spring, there are lots of willows, flowering shrubs as well as peach trees along the lake bank, making the park a place of interest.

【Kaihua Island】
This area is in the center of the park. The Yaoqiao Island is in its north after crossing a Jade Bridge, in which area, you can find the Provincial Museum, West Park Theater as well as Art Gallery. In its west, there is Xieping Island with abundant playing equipments for children.

【Kaihua Temple】
It lies in the central Kaihua Island, the oldest building in the park, which was originally built in 1037 in Northern Song Dynasty and rebuilt in Ming Dynasty, and then rebuilt again in Qing Dynasty in 1705. This temple is famous for a Leechee tree; colorful precious flowers; root carvings as well as miniascapes, ect…

【Gengyi Pavilion】
Gengyi Pavilion was one of the typical eight scenes during ancient times. Found on the bank of the lake, it faces three sides of water and lotus, enjoying a vast vision to the beauty of the lake along with gentle breeze as well as fragrant of lotus.

【Panda Hall】
It lies in the southwest of West Lake. This hall is famous for its successful rearing and breeding of pandas. The panda performances are extremely charming; hence, it is worth your view. With the guidance of the trainers, the lovely naive pandas eat watermelon, stand on a running ball, ride bicycles and seesaws, feed dolls; all these attract tourists, especially those with children.

West Lake Park is quite near to the famous Three Lanes and Seven Alley and Fujian Museum. You may visit them together if time allows.